Beyond Creams: Tips to Prevent and Treat Cellulite

Do you worry cellulite is in your genes and in your future? Or have you tried every cream on the shelf and just aren’t satisfied? Cellulite expert and author of ‘The Cellulite Cure,’ Dr. Lionel Bissoon, shares tips to prevent and treat those unwanted lumps and bumps.

Skin Brushing: The Easiest Way to Detox and Look Younger

Epoch Times: Cellulite affects about 90 percent of women in the developed world, and about 10 percent of men. And the look of lumpy, dimpled thighs really bothers many of us. The good news is that cellulite won’t hurt you and there are ways you can prevent it.

My guest today is Dr. Lionel Bissoon, an osteopath and author of the book, ‘The Cellulite Cure’ and he’s going to tell us what we can do to prevent it. Thank you so much for being here.

Dr. Bissoon: Thank you for inviting me.

Epoch Times: How can we tell if we have cellulite?

Dr. Bissoon: Cellulite comes in 4 Grades: 0, 1, 2, and 3. So most women when they look at themselves they just assume, “Oh I have the worst cellulite.” So it’s important to understand how you examine yourself makes a difference.

Grade 1 is if you look at yourself in the mirror you see no cellulite, but if you pinch your skin and you see a cottage cheese appearance, that is a Grade 1.

If you stand in front of a mirror and you look straight at the mirror. Most women tend to twist, turn and bend by definition you have to look straight, you have to move your head up and down. And if you see cellulite, then that’s Grade 2.

If you lie down and you see cellulite, that’s a Grade 3. Grade 3 cellulite is the worst possible cellulite and thus very, very difficult to treat.

Most women if they can see cellulite is pretty much in Grade 2, so we should limit the discussions to Grade 2. Grade 2 we could divide it into more mild, moderate, or severe so, if you start seeing around the knees, a little on the hips, or a little around the buttocks then you need to say “Hey what can I do to prevent this from getting worse?”

Epoch Times: So if you see it when you’re standing, that’s the time to take action.

Epoch Times: You found that diet plays a big role, can you explain?

Dr. Bissoon: So diet is important, …I looked at the women in the jungles of Peru and they didn’t have any cellulite so I figured what are these women doing different from the women of New York, San Francisco, or Chicago?

They were eating natural foods. Their food came from the ground, every day they had fresh fruit, they had fresh vegetables, they caught their fish the same day, the animals that they ate was all fresh. Nothing was packaged, nothing was store-bought and everything was as natural as possible. So when I educate women here in the U.S. about cellulite, I encourage them to eat organic foods. Really there is not a lot of prevention and it’s one of the simplest things one could do, is start with eating natural, organically grown foods.

Epoch Times: And what about exercise?

Dr. Bissoon: So that’s really more for myth than anything else…Thin women do have the worse cellulite. And a lot thin women do exercise they do diet, and their cellulite will actually sometimes get worse. And I’ve seen athletic trainers and I’ve seen fitness models who have cellulite and they are very, very thin.

Exercise for cellulite, may make .…the front of the legs look great, but it’s not going to help the back of the legs and the buttocks because there is really not any exercises available for the hamstring muscle group for cellulite.

So it’s very, very difficult to get rid of cellulite with exercise. Unless you basically starve yourself. It is very, very hard.

Epoch Times: And what about the different creams that are available?

Dr. Bissoon: The problem in most of the creams is that they don’t penetrate the skin. So most creams have caffeine and a vitamin called niacin. Both of these together will make the skin look red [due] to increase blood-flow, so when you see the redness, it also makes a tingling feeling you think it’s working.

Some of these creams have carnitine, which supposedly helps you break down fat. Carnitine is one of the most abundant amino acids in the body and one doesn’t really need it.

But the big problems with these creams is that you kind of feel that you’re getting the results, but you’re not actually getting results because the creams do not penetrate the skin. If they were to penetrate the skin, then they would maybe become a drug. … Also massaging your legs helps the cream, so between the redness, the tingling and massaging your legs you’re stimulating some blood-flow so you really could see some improvement, but typically I have not seen a woman with a Grade 2 cellulite said, “I’ve used this cellulite cream, and it’s gone.” Most of the people I’ve come to meet have used every possible type of cellulite cream and have not seen any results.

Epoch Times: Now you’ve also found that a certain fashion choices can help prevent cellulite. Can you tell us?

So when I first started looking at treating women with cellulite, when I would do the exam, I noticed most women wore traditional bikini style underwear, the elastic went across the buttocks what we call the panty-line. And exactly underneath the panty-line where we would find dimples. So when we find dimples on a woman’s buttocks, they are exactly underneath the panty-line. So if you could take a picture of the panty-line, and draw and imaginary line on that picture, you would see the dimples fall exactly on the elastic compression. So on the panties, the elastic in the panties, compress the microcirculation of the skin in the buttocks, and so causing the dimples. Also for the inner-thighs some women complain, “Gee, my inner-thigh feels soft, it feels squishy, it feels flabby, so the lymphatic system is being compressed across the groin. And [many] women … sleep with underwear at night. So sleeping with elastic underwear at night is the wrong thing to do because when you sleep at night, 50 percent of the lymphatic drainage—which means the fluid from your legs, comes back into your body. And if you have a blockage the fluid will not drain, so the toxins are sitting in your legs causing damage.

Dr. Bissoon: You’d be surprised how many women are shocked and they say, “Nobody told me this,” well it’s in the book. But you know, I can’t reach the world but it’s important that women around the world know there are certain things that you can do to prevent it.

Epoch Times: And hormones also can play a role in causing cellulite. Can you explain that?

Dr. Bissoon: If we look at a normal-weight woman, we see women who have great legs and they hit their late 40s and they never had cellulite, but then they go into menopause in their 49, 50, 51—and they say, “You know, suddenly I woke up one day and I had cellulite.” Well what happens is when women get older, estrogen levels start declining in their 30s and the lower the estrogen declines over decades, the more cellulite you will have.

Now women typically get cellulite mostly around the knees, around the hips, the buttocks and those layers—only in women—there are three layers of fat there. So in men, we have only one layer throughout our bodies and in women there are 3 layers of fat here, here and then the buttocks. So that’s why women tend to get cellulite in those areas. And those areas are dependent on estrogen. So as estrogen goes down, basically cellulite is given room to manifest itself, it shows up.

Epoch Times: Are there any other treatments that can help balance the estrogen levels?

Dr. Bissoon: You could do hormone balancing but if you also eat natural organic foods, you would get phytoestrogens, or natural plant estrogen. I don’t know what’s available in most countries for hormone replacement. But if you take too much estrogen the opposite effect will happen. You’ll gain weight. There has to be …medium. So if you’re going to use hormones, hormones will not reverse the cellulite, but in my experience they’ll keep it from getting worse.

Epoch Times: A lot of women think that liposuction can help cellulite.

Dr. Bissoon: That actually makes it worse. So many women who’ve had cellulite, once the surgeon is doing the liposuction, they can cause indentations in the skin, and we see it all the time, where the skin doesn’t come out as smooth. So the lipo still looks great in clothes, but once you take the clothes off, you could see the ripples in the skin. And we see lots of that for women’s legs, we see it in the buttocks, we see it in the abdomen from bad liposuction.

And even the best surgeons have these outcomes. So there’s not much for science to do this with liposuction. We know it’s great for sculpting and shaping but it’s not approved in any country for treating cellulite.

Epoch Times: You treat cellulite when a woman has it. Can you explain your treatment?

Dr. Bissoon: So we use a process, a French technique called Mesotherapy, which is more of a medical specialty, and I brought it to the United States in 1998-99, and I developed it to treat cellulite. But you can treat many other conditions with it, but I mostly treat cellulite with it.

If you imagine, this is normal skin and this is a dimple, there are collagen fibers pulling the dimple in, so with this subcision we cut these fibers and immediately the dimples are gone. So [what] we use is a tiny needle to cut the fibers. So we do a combination of both procedures to get rid of cellulite.

Epoch Times: So what can a woman expect if she wants to do a course of mesotherapy, how long does it take, and what are the kinds of results?

Dr. Bissoon: Well the good news is that if you have a Grade 0 or Grade 1, then there’s nothing to do. …If one has a= mild Grade 2, treatment of cellulite could be anywhere from 5 or less. Intermediate is 7 or 8, depends on where it’s at. If it’s a moderate Grade 2 it could be 10 treatments, and if it’s a severe Grade 2 it could be up to 15 or 20 treatments.

So the severity dictates how many treatments they have. And also at the same time we educate women about the kind of underwear to wear, about how to sleep, about food and nutrition. We go through the whole process with them. Cellulite consultation with me takes an hour because it’s not just telling you about the treatment, it’s about telling you how to prevent. 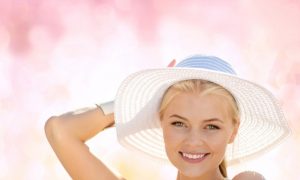 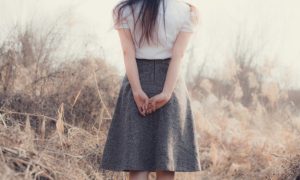 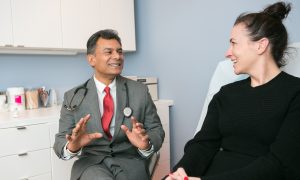 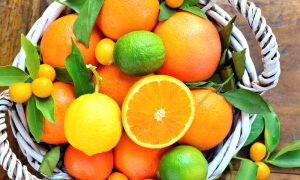