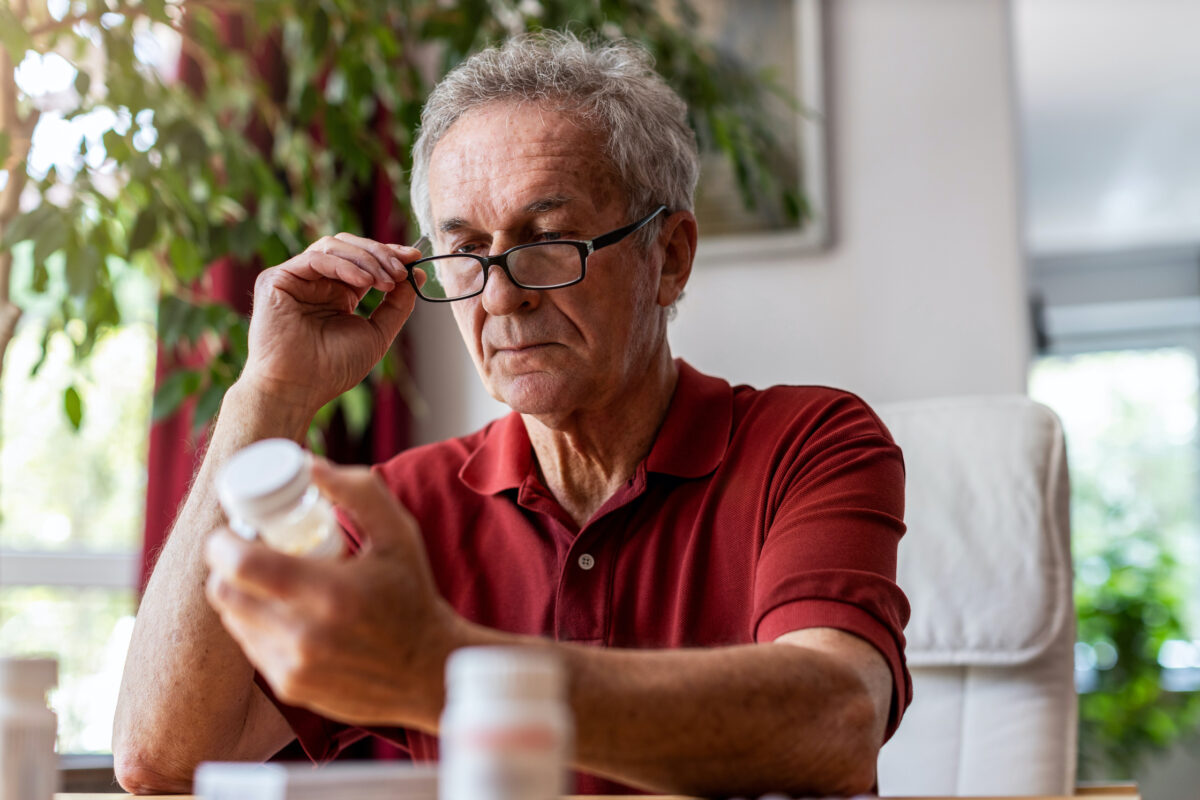 The discovery of the microbiome has deepened our insight into the side effects of antibiotics.(pikselstock/Shutterstock)
Medicine

Beware of These Antibiotic Effects

Treating antibiotics too lightly has led to health problems in individuals and wider problems for infectious disease control
BY Martha Rosenberg TIMEApril 13, 2022 PRINT

Before the discovery that essential symbiotic bacteria live in and on us, antibiotics were viewed largely as innocuous. As the “gut microbiome” (the microorganisms living in the intestines) becomes better understood, so too do the deleterious effects that antibiotics exert on our health. One immediate effect, as many people who have taken antibiotics know, is the “good bacteria” can be killed off in the gut.

We do know there are several possible effects of antibiotics. A study published in the journal Frontiers in Cellular and Infection Microbiology in 2020 found that antibiotic use is linked to obesity, gastrointestinal infections, inflammatory bowel disease, and even colorectal cancer. Early antibiotic exposure is also linked to “childhood asthma, allergies, and airway illnesses,” the researchers wrote.

In 2016, Dr. Judy Stone cautioned in Forbes that she was seeing disturbing amounts of delirium, confusion, and hallucinations in patients taking antibiotics, especially elderly and hospitalized patients.

These antibiotic side effects may be incorrectly attributed to the phenomenon of “sundowning” in which the elderly may become confused at night or “ICU psychosis” in which patients can become disoriented and paranoid, she said.

Patients are increasingly told about the dangers of antibiotic over-prescription. They are warned that the drugs fail to address nonbacterial conditions such as viruses and that taking them when unnecessary increases resistant bacteria for everyone. Public health messages warn us that patients expecting and asking for a prescription every time they see a doctor is part of the problem.

Many have heard of MRSA (methicillin-resistant Staphylococcus aureus), a deadly “staph” infection that some may remember brought an end to Giants tight end Daniel Fells’s season in 2015 and afflicted the Tampa Bay Buccaneers in 2013.

MRSA is hardly the only antibiotic-resistant bacterium that’s a public threat and thought to have been created by the over-prescription of antibiotics. Bacteria resistant to the antibiotic carbapenem such as carbapenem-resistant Enterobacteriaceae (CRE) are also worrisome, according to research published in Infection and Drug Resistance this year. In recent years, “the carbapenem resistance rate of clinical strains (including Acinetobacter baumannii, Pseudomonas aeruginosa and Klebsiella pneumoniae) is of an increasing trend,” wrote the researchers. Acinetobacter baumannii was so prevalent in troops returning from Iraq that it was actually dubbed “Iraqibacter.”

A carbapenem-resistant Klebsiella pneumoniae bacterium broke out in 2011 in one of the nation’s top research hospitals, the Clinical Center at the National Institutes of Health in Bethesda, Maryland, killing six.

Vancomycin-resistant enterococci (VRE) is another resistant bacteria of concern and accounts for many infections in the United States, Australia, Argentina, and the United Kingdom, say the researchers in a new research review published in March in the journal Infection and Drug Resistance.

Antibiotics on the Farm

Antibiotics have become a staple in animal farming, especially in concentrated animal feeding operations, also called “factory farms.” According to the Center for Infectious Disease Research and Policy, about 70 percent of all “medically important antibiotics” in the United States are sold for use in animals, not people.

To meat producers, antibiotics serve two purposes—they help keep animals crowded together in unhygienic conditions from getting sick, and they cause animals to gain weight with less feed. What is behind the weight gain phenomenon? Scientists think antibiotics improve the extraction of carbohydrates and protein from feed, improve lipid metabolism, and reduce protein loss from intestinal factors.

According to the 2017 book “Big Chicken” by Maryn McKenna, Thomas Juke of Lederle Laboratories discovered the growth function of antibiotics in chicken in 1948 and the 1950s—the birds were actually soaked in antibiotics to leave a film on them in a process called acronizing. Some of the workers performing the acronizing came down with staph infections.

For years, the U.S. Food and Drug Administration (FDA) has tried to regulate and limit the use of antibiotics in food animals with little success. In 2005, the agency did succeed with a five-year battle to ban Bayer’s poultry antibiotic, Baytril, which is similar to human drugs like fluoroquinolone Cipro and thus considered a resistance risk.

But in 2008, when the FDA called for a prohibition on cephalosporin antibiotic use in food-producing animals, lobbyists from the egg, chicken, turkey, milk, pork, and cattle industries stormed Capitol Hill. They claimed that they couldn’t operate profitably without antibiotics because of the greater feed that would be necessary and the greater space animals would need to prevent disease outbreaks. The FDA caved, even changing the name of the hearing from “Cephalosporin Order of Prohibition” to a “Hearing to Review the Advances in Animal Health Within the Livestock Industry.”

The same year, the FDA caught hatcheries injecting a different antibiotic, ceftiofur, at unapproved levels into eggs, and Tyson Foods was found injecting the antibiotic gentamicin into eggs despite its “no antibiotics” claim.

In 2017, the FDA implemented a rule that antibiotics could only be used for illness in livestock and no longer for growth promotion, but according to the Natural Resources Defense Council, livestock antibiotic sales in the U.S. actually grew by nearly 28 percent after the ruling.

The fluoroquinolone antibiotic Cipro was introduced in 1987, but many never heard of it until the anthrax attacks that immediately followed the Sept. 11, 2001, terrorist attacks in New York City. One week after the attacks, letters with anthrax spores were mailed to news outlets and senators, and five people died, with 17 injured. At the time, Cipro was the only FDA-approved drug for the treatment of inhalational anthrax, and the White House distributed it to staffers. Cipro became synonymous with safety during the unprecedented U.S. biological attack.

But even as Cipro became a household word, questions about its safety arose. A class-action lawsuit was filed against Bayer by those who had taken the drug during the anthrax scare—postal employees, those who worked in the Capitol, and those who worked at news outlets that had been targeted. The suit claimed that Bayer didn’t warn patients about Cipro’s side effects, which could include tendon rupture, hallucinations, and nerve damage.

Over the years, the fluoroquinolones became the poster child for unsafe antibiotics. In 2008, the FDA added a boxed warning on the label about the increased risk of tendinitis and tendon rupture, and in 2011, a boxed warning was added about risks to those with the disease myasthenia gravis.

In 2016, FDA announced that the “disabling and potentially permanent side effects” from fluoroquinolones related to tendons, muscles, joints, nerves, and the central nervous system were so serious that “fluoroquinolones should be reserved for use in patients with these conditions who have no alternative treatment options.”

Apparently, knowledge of the antibiotic class’s risks didn’t reach the highest levels of the U.S. government. Former Secretary of State and presidential candidate Hillary Clinton was reported to be taking the fluoroquinolone Levaquin for pneumonia when she experienced difficulty walking at a 9/11 memorial ceremony in 2016.

By 2021, so many patients reported toxic effects from fluoroquinolones that the term “floxed” became established. According to the Atlantic, more than 20,000 people have reported negative side effects from the drug class and 200 have taken their own lives, FDA data show.

Clearly, antibiotics, while lifesaving for some conditions, are not innocuous and are not to be prescribed or taken lightly. Patients should maintain a degree of caution before taking the drugs for their own health and to prevent the proliferation of antibiotic-resistant bacteria.