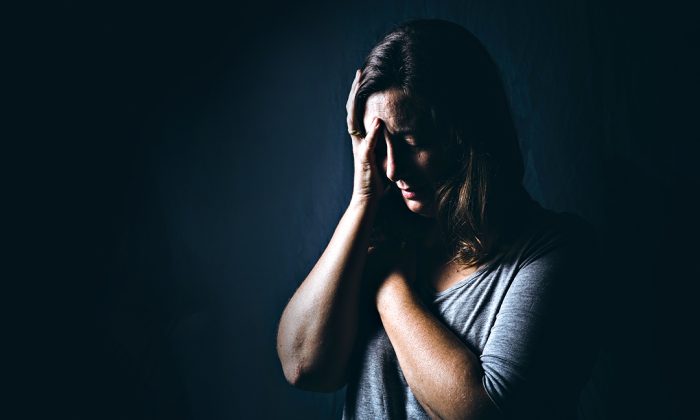 Benzos: A Dance With the Devil

“It feels like I’m plugged into an electric socket, and every move I make shoots voltage throughout my body. I’m nauseous, and my stomach feels like it’s on fire. Of course, I can’t sleep, and I spend the whole day thinking something terrible is happening. I have to tell you, there’s no way I can live like this.”

A 63-year-old librarian, Jayne, came to me six months into a Klonopin taper. She had long ago abandoned her original prescriber—the one who put her on Remeron and Klonopin eight years ago after she had discovered her husband’s infidelity.

“He never once told me there might be an issue with taking these meds long term. In fact, he told me I probably needed them after I tried stopping them cold turkey and felt so sick I thought I was dying.”

When she arrived in my office, she had been using a jeweler’s scale to measure micrograms of shaved Klonopin tabs to approximate 1–2 percent dose decrements per month. She told me of a hell that she had never envisioned possible before her tenure in the world of psychiatry.

The Dark Side of Pill Popping

I have countless stories like this from my work with women dependent on psychiatric medications. Women started on one, maybe two medications, that turned into three, maybe five medications over years of their lives—years when they never felt fully well and may have even struggled through.

Just a little more of this medication, maybe this new one will help, they were told. No one ever discussed with them true informed consent—risks, benefits, and alternatives— perhaps because we as clinicians are not told the full story in our training.

Like antidepressants, mood stabilizers, and antipsychotics, the many invitations to the world of benzos all bring you to the same room. It’s a room that many spend years trying to escape.

In fact, there’s a bill on the floor of the Massachusetts House that would mandate this discussion, complete with a brightly colored prescription to warn the patient that their doctor is dealing them a potentially harmful substance. Better late than never?

I remember, as an intern working in the Bellevue ICU, treating a patient who presented after having suffered a witnessed grand mal seizure in the CVS parking lot on the way to fill his Xanax prescription. He had missed one dose before heading to the store.

I never prescribed Xanax again because of this but had reassured myself that Klonopin and Ativan were safer because of longer half-lives and slower onset.

Now I suffer the poetic justice of caring for dozens of women who are moving through the birth canal of Klonopin withdrawal, and I am here to guard the gates through which more may pass.

‘Just Taking the Edge Off’

How did we get here? There are a reported 100 million prescriptions for benzodiazepines written annually with long-term prescriptions written for 14.7 percent of 18- to 35-year-olds and 31.4 percent of 65- to 80-year-olds, and with women twice as likely to be prescribed.

Beginning with the glamorization of Miltown in the 1950s, the “I don’t care” pill was a way to ease the growing awareness that the world is indeed unsafe, and that something is deeply bankrupt in the promises of burgeoning science, technology, and industrialization. Still, we sought to heal these wounds through application of more of the same mentality—one of dominance, management, and suppression of all obstacles into submission.

The 1960s brought Valium, aggressively marketed to housewives for everything from their existential to quotidian angst, the first drug to gross over $100 million in sales. Then in the 1980s, Xanax was offered as a cleaner Valium and rode the activating and uncomfortable side-effect wave of the newer antidepressants.

“The reason that conventional psychiatry—whether pharmaceutical or psychoanalytic—is powerless to substantially help the vast majority of patients is that it does not, and cannot, recognize the wrongness of the world we live in,” according to Charles Eisenstein in “The Ascent of Humanity.”

Should We Be Worrying?

These medications are the centerfold of our “opting out” portfolio. As our bodies, minds, and spirits became more and more separated from nature, each other, and ourselves, the worry, discomfort, and unease mounted. Now that the going has gotten very tough, we are reaching for them more than ever. Surely turning off the smoke alarm is not the best way to deal with this fire, however.

What if anxiety is telling us something—something about the food we are eating, the water we are drinking, the relationship we are in, the job we are going to every day, our lack of connection and purpose?

If we medicate ourselves into submission, who and what are we serving? Survival at all costs? Are we really just here to punch the clock until we die?

Many celebrities have died with benzos in their blood. The Germanwings pilot took down a plane with Ativan (and Citalopram, Mirtazapine, and Zopiclone) in his blood.

But what if you’re struggling and you don’t feel like there’s room to examine and investigate?

Maybe you’ve always been a worrier, but recently, it feels like you can’t catch your breath, you can’t listen to what people are saying, and you’re crawling out of your skin. Maybe you just need to sleep. Maybe you’ve just started on an antidepressant and it’s not “working” yet.

Maybe someone you love just died, you just lost a job, or your house just burned down. Maybe you were attacked, or perhaps your husband makes you feel like you’re losing your mind.

Unfortunately, there’s no magic pill. Like antidepressants, mood stabilizers, and antipsychotics, the many invitations to the world of benzos all bring you to the same room. It’s a room that many spend years trying to escape. It’s one of dependency, depression, forgetfulness, and detachment from self.

That’s if you live to endure it.

Many celebrities have died with benzos in their blood. And the Germanwings pilot took down a plane with Ativan (and Citalopram, Mirtazapine, and Zopiclone) in his blood.

The worst part of the attendant risks of these medications is that they stop having any predictable sedative effect after a few weeks. After that point, you’re just stuck with a monkey on your back.

Psychiatrist Peter Breggin has devoted his career to sounding the alarm on psychotropics. He enumerates the documented risks of benzodiazepines in his paper on the subject:

He goes on to quote the following:

“Rail (1990) summarizes the adverse behavioral effects of the benzodiazepines as follows:

Euphoria, restlessness, hallucinations, and hypomania behavior have been reported to occur during the use of various benzodiazepines. Antianxiety benzodiazepines have been reported to release bizarre uninhibited behavior in some users with low levels of anxiety; hostility and rage may occur in others. Paranoia, depression, and suicidal ideation occasionally also accompany the use of these agents.”

I certainly don’t remember ever being trained to have that discussion with patients I was seeking to help with their struggles.

Furthermore, investigative journalist Robert Whitaker has collected data that implicates the faces of this monkey, including the following:

How to Kick the Habit

So, let’s say you bought into the promise of these meds, survived the Russian Roulette of catastrophic adverse effects, and now you want off. The bad news is that it’s not even clear that a slow taper helps measurably ease the suffering of withdrawal, but the worse news is that an abrupt taper can be life-threatening.

Sometimes, knowing what is possible helps to frame expectations and to clear space in your life for this transition. Breggin quotes the following:

“Withdrawal can develop two to twenty days after abrupt termination of the drug, depending on the half-life of the particular benzodiazepine. First signs of withdrawal may be insomnia, anxiety, agitation, irritability, and nervousness. Persistent ringing in the ears or other abnormal sounds (tinnitus) and abnormal visual perceptions may develop.

Preparing Yourself and Your Loved Ones

Psychotropic withdrawal symptoms feel real. They feel egosyntonic, as we say in the field. They feel like your feelings, thoughts, and emotions, rather than what they can be, which is the marionetting of your brain chemistry by chemical withdrawal.

Ideally, work with a clinician who can reflect this back to you during the process. Make sure you surround yourself with supportive and informed energy.

Instill Resiliency. I have learned the hard way that optimizing mind-body health before a taper initiation makes a world of difference. If you imagine yourself to be a bucket that is almost full, the stress of a taper is likely to cause overflow.

If we can first drain the bucket with lifestyle changes like those outlined in this course, then the taper can be a relative breeze. I enumerate these steps in my book “A Mind of Your Own” and a deeper dive in the “Vital Mind Reset” program.

There are a number of supplements that can be helpful support as well, including kava, which has been studied for this purpose, l-theanine, and GABA (I like pharmaGABA).

Join Communities. Grassroots peer support is an essential piece of this process for many. Sites like BenzoBuddies.com and MadInAmerica.com host gathering places for similarly intentioned patients injured by psychiatry. We do the same through the Vital Mind Reset course.

Through the process of my awakening to the Truth about psychiatry, I have learned to remain humble about every person’s journey. When you know better, you do better, as Maya Angelou has said, and if a challenging relationship to a pharmaceutical is a part of your path to get where you are going, then we must embrace that.

For all of us, I hope that where we are going looks a whole lot like less fear and instead is a greater alignment with purpose and power than can ever be afforded by the current model of conventional medicine.

Kelly Brogan, M.D., is a Manhattan-based holistic women’s health psychiatrist, author of The New York Times best-selling book “A Mind of Your Own.” She completed her psychiatric training and fellowship at NYU Medical Center after graduating from Cornell University medical college and has a bachelor’s degree from MIT in Systems Neuroscience. This article was originally published on KellyBroganMD.com