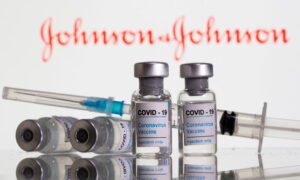 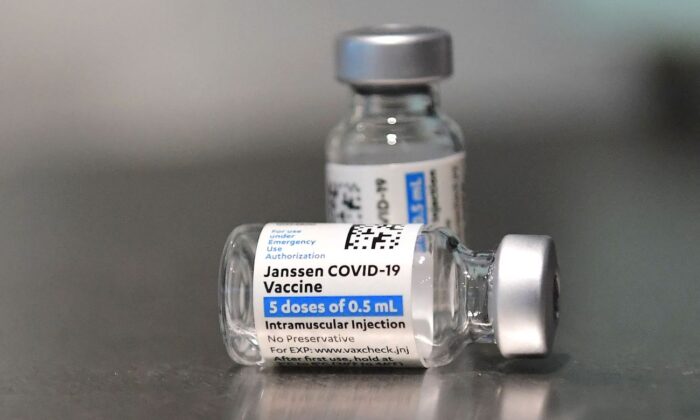 The vaccine advisory panel to the Centers for Disease Control and Prevention (CDC) said on Thursday that the benefits of Johnson & Johnson’s COVID-19 vaccine still outweigh the risk of a serious, but rare, neurological disorder following vaccination.

The Advisory Committee on Immunization Practices met to discuss the incidence of Guillain-Barré syndrome (GBS) following a J&J shot and agreed that the vaccine should continue to be used in people 18 and older under the Food and Drug Administration’s (FDA) emergency use authorization, saying that the vaccine’s benefits far outweigh the risks.

GBS is a condition where the individual’s immune system attacks the body’s nerve cells, causing numbness, pain, and muscle weakness. In severe cases, it can progress to paralysis. An estimated 3,000 to 6,000 cases of GBS are reported annually in the United States with most people making a full recovery, “but some have permanent nerve damage,” according to Dr. Mathew Daley of the advisory panel’s COVID-19 Vaccines Work Group.

About 100 cases of GBS were reported within 42 days following vaccination with a J&J vaccine on the Vaccine Adverse Event Reporting System (VAERS) as of June 30. Around 12.6 million doses of the vaccine have been administered.

Of the 100 cases, 95 were serious and required hospitalization, with 10 patients needing a ventilator and one death 25 days post-vaccination of a 57-year-old man with a medical history of stroke, heart failure, high blood pressure, and diabetes.

According to a presentation by Dr. Meghna Alimchandani of the FDA, 83 percent of the cases occurred in patients aged 18 to 64 years, with the risk of GBS being highest in males and a median onset time of 13 days.

Alimchandani said the FDA was still in the process of trying to collect the medical records of the 100 reported cases, and additional follow-up information was still forthcoming. So far, only seven cases have been verified.

“There are numerous constraints on the process of obtaining follow-up information, including medical records, that may be needed for assessment of cases–but we make every effort to obtain further information in a timely manner,” an FDA spokesperson told The Epoch Times in an email, adding that both the “FDA and CDC will continue to monitor for and evaluate reports of GBS occurring after COVID-19 vaccination and will share more information as it becomes available.”

The federal health regulator has updated the emergency use authorization fact sheet for the J&J vaccine on July 12, warning vaccine providers and recipients that the vaccine is linked to the neurological disorder.

The European Medicines Agency (EMA) announced Thursday that Guillain-Barré syndrome will be listed as a “very rare side effect” of the Johnson & Johnson COVID-19 vaccine, and “a warning will be included in the product information to raise awareness among healthcare professionals and people taking the vaccine.”

The EMA’s safety committee said a causal relationship between the J&J vaccine and GBS was possible after reviewing the available evidence.

“Vaccinated people are advised to seek immediate medical attention if they develop signs and symptoms suggestive of GBS, such as weakness in the extremities, double vision, or difficulty moving eyes,” the EMA said in a statement.

Despite the added warning of GBS, the European regulator said the benefits of the Johnson & Johnson COVID-19 vaccine continue to outweigh the risks of the vaccine.

Guillain-Barré syndrome has been reported following other vaccines, including the annual influenza vaccine, the 1976 swine flu vaccine, and the zoster vaccine. While a causal relationship has not been established between the zoster vaccine and GBS, a warning has been added to the “package insert due to around three to six excess GBS cases per one million doses administered to persons [65 and older] in the six weeks after vaccination.”

Johnson & Johnson did not reply to a request for comment.