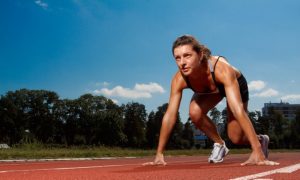 The Major Exercise Mistake I Made for Over 30 Years...
0
Share Now
TelegramFacebookTweetEmailTellMeWeReddit
Copy Link 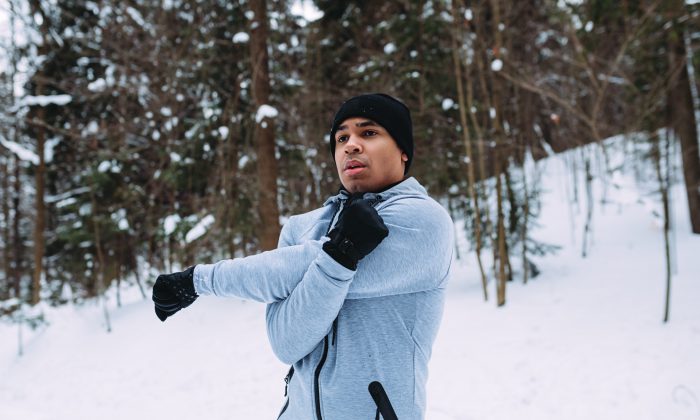 Working out in the cold may help burn more calories but at the expense of building muscle strength. (Artem Varnitsin/Shutterstock)
Lifestyle

First, there were heated fitness studios, now the latest trend is working out in frigid temperatures. Although there are some health benefits associated with each of these regimes, there are also some risks.

Here’s what you need to know:

Another way your body gets rid of excess heat is by warming up sweat to the point at which it evaporates, which then takes heat with it when it evaporates to the air. You can lose up to two liters of water every hour through sweat. As you sweat more during exercise in the heat, it is important to replace the fluid you have lost or your blood can become thicker, which increases strain on the heart.

But exercising in a hot environment might be good for short activities that need powerful muscle contractions. There is also a school of thought that light-intensity workouts, such as yoga, can benefit because the extra strain on the heart during exercise in the heat can increase the number of calories you burn. But research by Central Michigan University contradicts that calorie theory. It showed that there was no difference in exercise intensity, so the number of calories burned doing yoga at 20 degrees C and 35 degrees C were the same.

Regularly undertaking workouts in a hot environment can help endurance performance in the heat, but your overall fitness and health may not get anything extra.

In the cold, your body is hotter than the surrounding environment and can easily get rid of the heat produced in the muscles during exercise. This stops the temperature of the body from increasing during prolonged exercise and performance in your cardio session will usually be better on cold days. Researchers from the University of Aberdeen found endurance to be best at around 10 degrees C (compared with 4, 21, and 31 degrees C).

When it’s really cold, the heat produced by your muscles is not enough to maintain a core temperature at 37 degrees C. The body has ways to cope with extreme cold environments, such as shivering. Shivering is essentially muscles contracting to produce heat, not movement. As with any muscle contraction, shivering requires energy and burns calories, so at rest, you may burn more calories in the cold than in normal temperatures.

Another strategy to cope with the cold is to use fat to produce heat. Researchers in the United States have shown repeated workouts in the cold increases the amount of brown fat in your body. Brown fat is known as “good fat” as it burns calories.

Both shivering and burning fat consume calories, and studios that hold workout classes at 7 degrees C have begun to appear, with the idea that they can help people lose weight. Researchers from Spain found that exposure to a progressively cold environment can increase energy expenditure by up to 30 percent, which corresponds to around 500 calories for 24 hours of cold exposure. This means exposure to cold can help you lose weight faster, but the effect would be small for a one-hour workout in the cold. And feeling cold is unpleasant.

If you want to increase your muscle strength, doing workouts in the cold probably won’t help. Muscles work best at hot temperatures. When muscles get cold, the force they can produce decreases. You are also more likely to be injured in the cold, but the extra risk of injury is reduced if you warm up properly.

The small extra amount of calories burned in extreme environments (hot or cold) may help you lose weight, but it could be outweighed by the increased health risks and reduced performance. Doing 150 minutes of physical activity a week is the key to good health, regardless of the temperature.