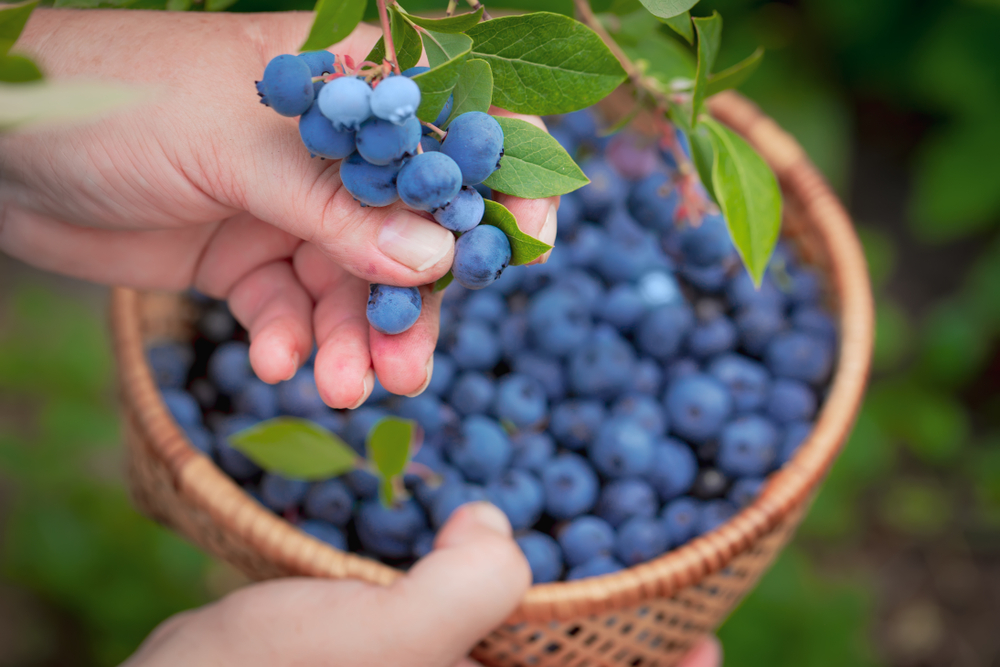 A 2021 study, suggests that blueberries can improve heart health. (ShutterStock)
Food as Medicine

Benefits of Blueberries for Heart Disease

In this new review on the intake of berries and their brightly colored pigments, called anthocyanins, they note four out of five studies “suggest that increased…intake is significantly associated with a reduction in risk of” coronary heart disease, the number one killer of men and women, by between 12 and 32 percent. That lower range is from studies of older individuals, and the greater reduction of risk was noted in younger populations. So, perhaps the earlier we start eating berries, the better? And, maybe the more the better—a 47-percent drop in heart attack risk for those in the top 10 percent of berry consumption. It’s almost like one to one. For every 15 mg increase a day, a 17 percent drop in risk. So, how can you get 100 mg a day? By eating less than a half-cup of blueberries a day—my Daily Dozen recommendation for berry intake.

Why the drop in risk, though? What do berries have to do with the heart? There have been over 20 randomized, controlled trials putting berries to the test in more than 1,000 people, and berries were shown to help control bad cholesterol, blood pressure, blood sugars, body weight, diabetes, and inflammation. Now, lots of plant foods can do this; is there something special about berries? Like cholesterol. All whole plant foods have fiber; fiber lowers cholesterol. But even blueberry tea can lower cholesterol, even in kids who are genetically predisposed to high cholesterol.

We used to think only about 1 in 500 people had this high cholesterol gene, but now we’re realizing it may be as many as 1 in 250. Still, for the 249 others who think high cholesterol just runs in their family, more likely bad diets are what’s being passed down. But even if you do have the gene, what happens when you give kids blueberry tea? Just powdered blueberries in a tea bag dipped in hot water for five minutes, so they’re not even eating the whole food. Well, you can imagine the water turning blue as the pigments seep into the water, and indeed, the antioxidant capacity of their bloodstream increased over the six months they were in the study.

Two things of note here. First of all, no change in the control group, as expected, but note it took three months for the tea to start having a significant effect, and then, of course, six months after they stopped drinking the tea, they were back to where they started. Okay, but what happened to their cholesterol? No real change in the control group, but a 30 percent drop in LDL in the tea group—that’s like what you’d get putting these kids on a statin drug! And they just had to drink some yummy tea? But of course, when they stopped the tea, their cholesterol bounced right back.