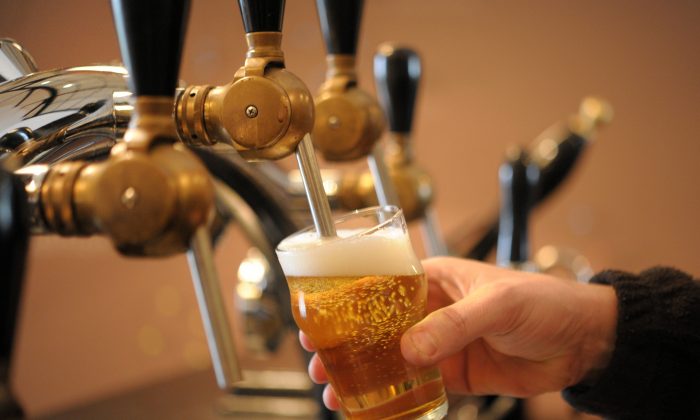 Not much of a drinker? Maybe this new research study will change your mind.

Ingredients found in beer products could help fight cancer. Actually, it’s the beer hops—the flowers of hops plants that are used to give beer its bitter taste, according to scientists at the University of Idaho.

The research, was presented at the 251st National Meeting & Exposition of the American Chemical Society (ACS) on Sunday, March 13, which is the world’s largest scientific society.

Beer, which contains 3 to 7 percent alcohol, also reduces diabetes and Alzheimer’s, provides healthier bones, prevents cataracts, and is even a cure for insomnia.

March 17 is the last day of the presentation, which features more than 12,500 presentations on a variety of science topics.

“When researchers extract healthful chemicals from hops, they first have to determine whether they have separated out the specific compounds they’re interested in,” says Kristopher Waynant, Ph.D., who leads the project. “But if you can figure out how to make these compounds from scratch, you know they are the right ones.”

People who drink an average amount of beer can lessen their risks of having a stroke.
— Harvard Medical School via the American Stroke Association

Past experiments have shown that an ingredient in hops called xanthohumol can stop the development of prostate cancer, RNN reported.

According to Medical Daily, Waynant’s plans to reach out to and collaborate with biologists and medical researchers so they can develop active agents for pharmaceuticals to treat cancers or inflammatory diseases.

A press conference regarding this topic took place on March 14, in the San Diego Convention Center. See below, video starts at 1:03.

In the past, beers have been known to cure many things.

To name a few, a study in 2013 showed that beer consumption decreases the likelihood of getting kidney stones. According to RNN, the dark ales and stout beer have been found to reduce heart attacks as well.

The Harvard Medical School and the American Stroke Association indicated that people who drink an average amount of beer can lessen their risks of having a stroke, if they consume beer moderately, of course.

Bend and a Beer: Yoga Classes and Craft Breweries Team Up

Beer, which contains 3 to 7 percent alcohol, also reduces diabetes and Alzheimer’s, provides healthier bones, prevents cataracts, and is even a cure for insomnia, research studies show.

However, there are some cons when it comes to beer drinking—if it is done excessively. You may develop health problems, such as cancer of the mouth, throat, esophagus and liver. Therefore, consumers should still drink beer in moderation.

According to 2015-2020 Dietary Guidelines for Americans, women should only consume one drink per day and men only two drinks per day.