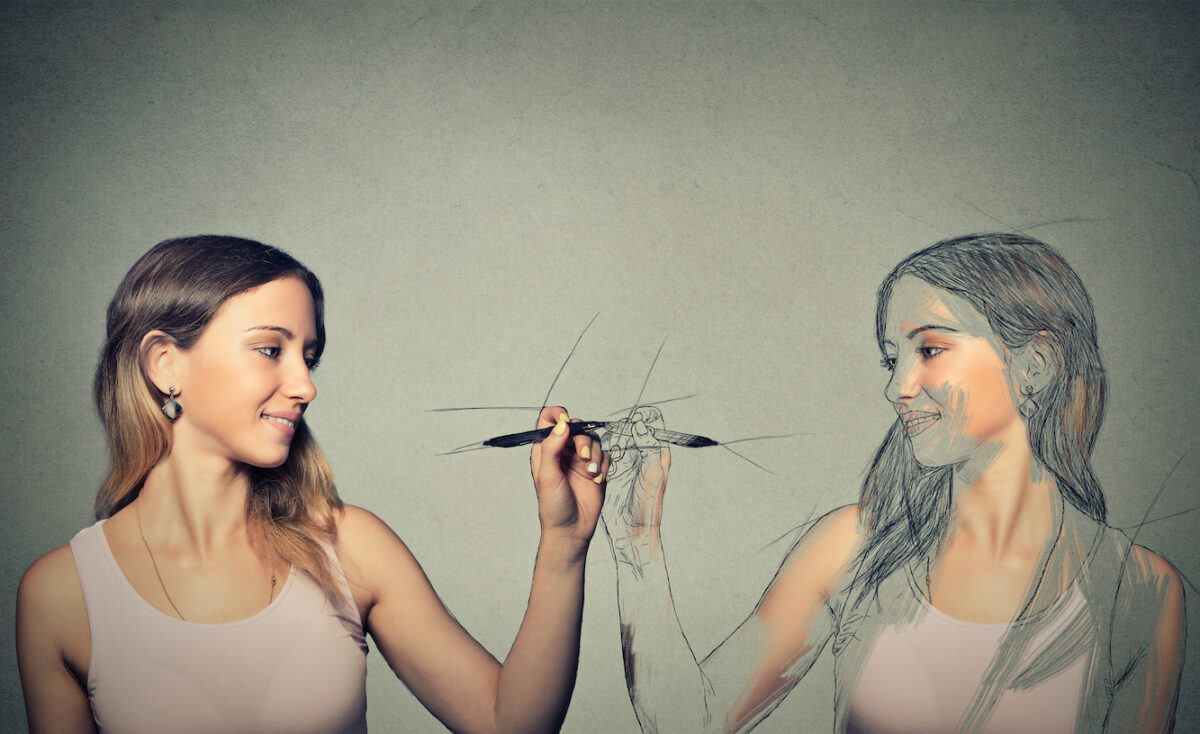 How you view yourself can be a transformative element when it comes to building better habits.(pathdoc/Shutterstock)
Mindset

Changing a habit is easier if you make it part of who you are
BY Leo Babauta TIMEMay 22, 2022 PRINT

Quitting an old habit or forming a new habit is fairly simple when it comes to the steps needed: Find your trigger and do a new habit at that trigger over and over. Remind yourself to do it. Make it rewarding.

For example, if you are triggered to snack on junk food every time you feel bored or lonely, call a friend to chat instead, or go outside and work on a project you enjoy.

The simplicity is deceptive, though: There are some physical urges and even more mental habits that keep us stuck in our old patterns.

The physical urges are not so hard: If you stay away from an old habit (such as cigarettes) for a week, the urges die down. It’s the mental habits that trip us up. We have a way of seeing ourselves—include how we see our old habits, such as smoking, eating a certain way, and so on. As a result, we form a bunch of mental habits that keep us stuck in that version of ourselves.

Here’s a method that will change everything for you: Become your new habit.

This is how it worked for me with smoking. I stopped seeing myself as a smoker, and for the last 16 years, I haven’t even considered smoking when I’ve gotten stressed.

The same thing happened when I changed my diet. I see myself as someone who is active, who eats whole plant foods, who meditates, who is a loving father and husband, who creates meaningful things.

Change your self-image. Obliterate your old ideas. Become the new version of yourself.

The mental patterns that keep us stuck in old habits are tied to our old image of ourselves.

Nothing is wrong with any of these mental patterns. But we can notice that they’ll keep us stuck in the old way of doing things.

If we want to let go of them, we can obliterate our old image of ourselves. And create a new one.

Create a New Version of Yourself

If you believe you’re someone who exercises every day, then being sedentary for days in a row is not really an option. You get up and move.

If you believe that you are kind, then yelling at your kids isn’t an option. You give them love.

What’s the new version of yourself you’d like to become?

Visualize that new version of you. Feel what it would feel like. It’s an act of creativity, an act of imagination.

Now become that person. Become the new being you conjured up.