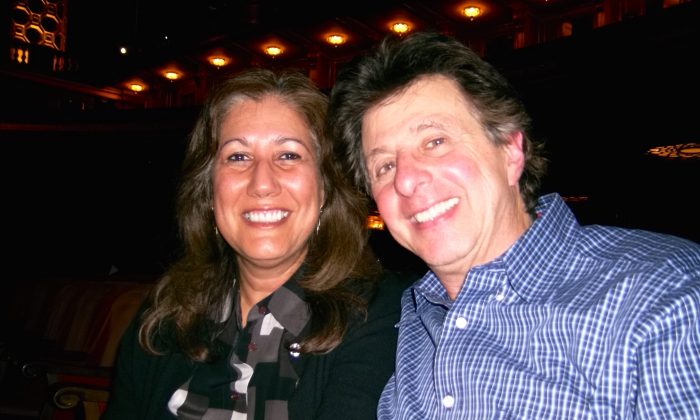 “I was surprised to learn that this is not allowed to perform in China, which is unfortunate, because it shows beautiful scenes of the culture, and I’m enjoying it very much,” he said.

New York-based Shen Yun Performing Arts aims to revive 5,000 years of Chinese history through classical Chinese dance and live orchestra. This ancient culture has been nearly destroyed in China under communist rule, and as a result, there are no performances like it in China today.

“It’s very worthwhile and beautiful, and unlike anything that you normally see in the West,” Mr. Kastenbaum said. “It gives us a glimpse into the Chinese culture and the Chinese history.”

Shen Yun’s world-class dancers perform ethnic dances as well as legends and stories from ancient and modern China. Mr. Kastenbaum found it “very easy to relate to” and appreciated the universal themes in the stories.

“I’m just enjoying the pageantry and just the beauty of the dance,” he said.

Shen Yun’s website explains, “Classical Chinese dance has a long history of thousands of years, passed down continuously within the imperial palace and ancient Chinese theater and opera. Soaking up profound wisdom from every era and dynasty, it has become a complete system of dance embodying traditional aesthetic principles with its unique dance movements, rhythms, and inner meaning.”

Mr. Kastenbaum also commented on the digital animated backdrop that complements the dancers, serving as virtual scenery and “extending the stage and transporting the audience to a world where heaven and earth are one,” according to the company’s website.

He admired “the way the dancing blends in with the photography and the movies in the background and beautiful scenes of the countryside. So beautiful,” he said.