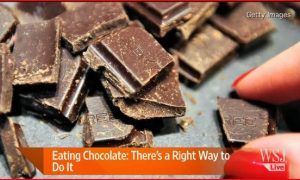 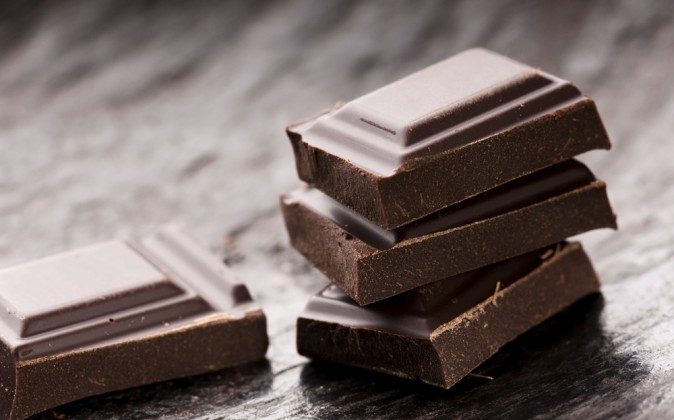 The heart-health benefits of chocolate are well documented in the scientific literature. But a new review by scientists from the University of Campinas in Brazil casts a shadow on commercial chocolate as a safe source for obtaining these benefits, having found that many of the chocolate products sold in Brazil contain worrying amounts of both lead and cadmium.

Published in the American Chemical Society’s (ACS) Journal of Agricultural and Food Chemistry, the research looked at 30 different brands of milk, dark and white chocolate products sold throughout Brazil — some of these products are also sold in the U.S. Researchers tested each of the products for the two metals, both of which can cause brain damage and other health problems, particularly in children.

They found that many of them contained concerning levels of lead and cadmium, which are believed to enter cacao beans through tainted soil. While all of the products tested below the maximum safety thresholds established by the Brazilian government, the European Union and the World Health Organization, two of them tested higher than the limits established by the U.S. Food and Drug Administration (FDA).

Based on the tests, two of the chocolates were found to contain levels of lead exceeding the FDA’s recommended safety level of 100 nanograms per gram (ng/g) of product. According to a study announcement, the lead content of these two samples measured at about 130 ng/g and 140 ng/g. Overall, the 30 samples measured between less than 21 ng/g and 138.4 ng/g of lead.

As far as cadmium content, all of the samples measured somewhere between below 1.7 ng/g and 107.6 ng/g of the metal. Based on the tests conducted, researchers estimate that a small child weighing about 33 pounds who eats only one-third of an ounce of chocolate per day, or less than one-quarter of a standard-sized chocolate bar, will consume about 20 percent of the E.U.-suggested maximum intake in a week.

“The results showed that chocolate might be a significant source of Cd [cadmium] and Pb [lead] ingestion, particularly for children,” concluded the team.

Levels of both lead and cadmium appeared to be directly correlated with overall cocoa content, indicating that the types of chocolate widely considered to be the healthiest may actually be the most threatening in terms of heavy metal contamination. Dark chocolate, it turns out, had the highest levels of the two metals, while white and milk chocolates, which contain more sugar than actual cocoa, had the lowest levels.

This appears to directly correlate with our own findings at the Natural News Forensic Food Lab, which detected high levels of cadmium in many cacao powder products. In contrast with cacao nibs, which contain considerably less cadmium and other heavy metals, based on our tests, cacao powder often contains questionably high levels of this toxic metal.

The results of the Forensic Food Lab tests on cacao powders are available here:
NaturalNews.com.

Lead, as you may already know, can cause brain damage, language delays and behavioral problems in developing children, as well as abdominal pain, chronic headaches and anemia in adults. Cadmium can cause major organ damage and has also been shown to disrupt hormones, having an estrogen-like effect.

An abstract of the new chocolate study, entitled “Cadmium and Lead in Chocolates Commercialized in Brazil,” is available here:
Pubs.ACS.org.

*Image of “dark chocolate” via Shutterstock