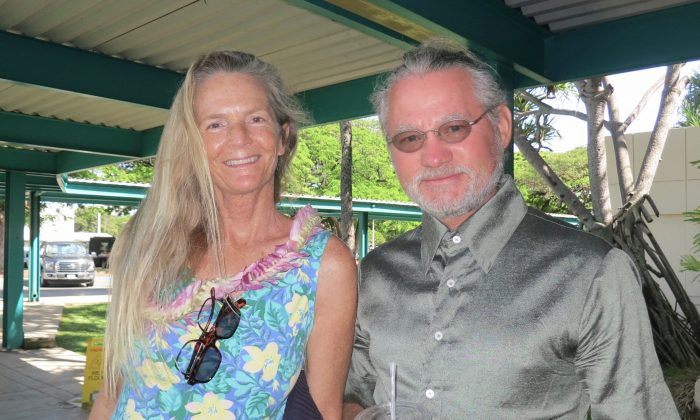 Friends, Stephen Haus (R) and Andree attended Shen Yun's performance at the Blaisdell Concert Hall in Honolulu, Hawaii, on May 6, 2018. “I like the visual effects of what they’re doing in the set, … I thought that’s really creative,” said Andree. (Sally Sun/The Epoch Times)

“It was the highest execution. It was very well done. Choreography was brilliant, the visual backdrops were very inventive, I would give it a top rating.”

“[The colors were] excellent. The green and the pink, … all of the costumes were—beautifully done. … This was pastel, and the pastel was just right, pastel color, muted.”