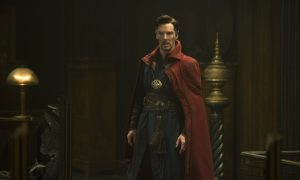 To me, they’re the epitome of our crippled attention spans; everybody gets to do a tiny bit of their particular superhero shtick: throw hammer, throw shield, Hulk-smash, sling web, and so on.

Not to mention the talking tree, and the Brooklyn-accented raccoon. It’s a three-ring circus, and there’s never enough time to drill down on any one character.

Let’s be clear: This is simply a personal preference. It’s the same reason I prefer to do a vision quest: to sit in the same 10-foot circle in the wilderness for four straight days and look, for a lengthy time, at a little bit of wilderness. Rather than hike five miles and see a lot of wilderness for a short amount of time.

I like to keep things simple. I find in movies that it also makes for more engrossing storytelling. It’s more compelling to get involved in the character arc of one character.

I Will Make an Exception

I’ll make an exception for “Avengers: Endgame.” I liked it a lot. Maybe because I know it’s the last of the “Avengers” circuses. Actually, I’m pretty sure that’s not true. As our collective attention span continues to shrink, Hollywood is going to mash-up the Marvel-verse and the DC-verse. Because, can you imagine how much fun Thor and Aquaman could have together?

See, much like splitting the upcoming “Hobbs and Shaw” off from the “Fast and Furious” franchise, I’d actually enjoy a pared-down thing like, Thor and Aquaman. Let those two bozos have an adventure together. It’d be a far richer experience than the whole DC-plus-Marvel kit ’n’ kaboodle.

Especially with the Thor that shows up in “Avengers: Endgame.” Much like Aquaman, he’s sporting a giant beard and long hair. Unlike Aquaman, he’s let himself go—beer belly for days. I appreciate Thor’s apparent tribute here to ZZ Top’s Billy Gibbons, replete with “Cheap Sunglasses.” But I’m starting to digress. My attention span is not what it was.

Writing this review is challenging; the movie is 3:01 long, and packed with tons of things that carry spoiler potential. I almost just spoiled Thor’s new fun character twist, but it’s already been talked about a lot.

The other twist that’s been talked about and available for public consumption is the fact that Bruce Banner (Mark Ruffalo), since we saw him last, appears to have gone on a New Warrior Training Adventure and now refuses to hide, repress, and deny his shadow (his giant green alter ego), and has instead embraced it. The hilarious result is a cardigan-and-glasses-wearing, brainiac Hulk, who takes selfies with kiddie fans and is happy and chill. A chill Hulk! What a dreadful concept. But it works splendidly.

“Avengers: Endgame” is also largely based on the concept of time travel and has lots of fun listing many movies that have handled the subject. I found I wanted to know exactly how many there actually are. I googled the topic. According to one young lady out there on the interwebs, 67 movies have been made about time travel, not to mention 15 that are still in the works, and many, many TV renditions.

Anyway, “Avengers: Infinity War,” as you may remember, left off with the big, bald, rubbery, purple-skinned Thanos finding all of the rainbow-colored infinity stones, putting them in his mighty metal gauntlet, and thereby defeating all the gods.

What? Yes, I’m going to start calling Avengers gods, because that’s really what they are, with all their superpowers and such. Only Thor and Loki come out of classic Norse mythology and are recognized as gods. But they’re all gods.

Maybe not the raccoon from Brooklyn. Or Groot. OK, maybe Groot is a tree god. Actually, there could be a raccoon god. Have you seen that Mesopotamian, winged bull-god with the ZZ Top beard and the turban? Let’s go with the raccoon being a furry god of small stature.

Anyway, I’m digressing again. Where were we? In “Infinity War,” Thanos disappears half the beings in the old cosmos. “Endgame” continues the saga, five years later.

The surviving “Avengers” and “Guardians of the Galaxy” characters, plus the recently introduced Captain Marvel (Brie Larson), are trying in various ways to cope. As mentioned, Thor’s gone on a mead-drinking binge.

Now, if you remember your “Ant-Man” movies, Ant-Man (Paul Rudd) had been down the ant, er, rabbit hole into the quantum universe. Time is different in those dimensions made up of smaller particles, so he’s confused when he gets back here as to where everybody disappeared to.

In classic Buddhist lore, the saying goes, “Only one day in the heavens, but a thousand years on earth.” Yes. According to Buddhist and Taoist teachings, smaller-particle dimensions are where the heavens are actually located, and this is one of the many reasons why “Avengers” movies are tales that by definition have to be about gods.

Here’s the key to the whole movie: Ant-Man figures out that if the Avengers can time-travel via the quantum universe, they can locate all the infinity stones before Thanos gets his big purple paws on them, then time-hop back to the present, and use them to undo all the havoc Thanos previously wreaked.

See, I think this tale of gods, this saga, this “Ragnarok,” is happening right now because we are actually living in the time of Ragnarok (Norse mythology’s twilight-of-the-gods story), or as the Chinese call it, “The Time of Last Havoc,” or as the Indians call it, “Kali Yuga,” or as we Westerners call it, “Armageddon.” Everyone’s talking about it. All the spiritual paths are talking about it.

Google “the expanding universe.” Scientists know the universe is expanding rapidly. Like an overexpanded balloon, it’s about to blow! The prophets foretold it! This old universe and everyone in it is going to disintegrate! Just like in this movie! That is, if they don’t get saved by gods first. That’s apparently what gods do, among other things—they save humans from disintegration.

“Avengers: Endgame” is going to most definitely become the top-grossing superhero movie of all time. The G.O.A.T. It’s a great ending to the long run of 22 Marvel movies. This long tale has concluded.

A new tale will soon begin, though. There’s much money to be made. What I’m really waiting for is to see how Jason Momoa manages to reconcile his decades-long campaign to play DC’s Lobo, now that he’s taken on DC’s Aquaman. But I digress again.