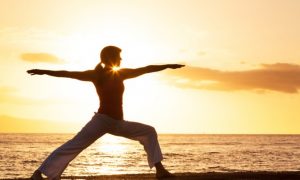 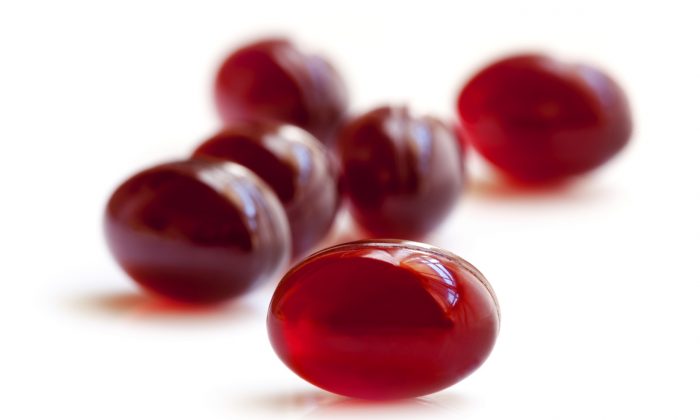 At the root of every disease process is inflammation, a first defence process used by the body in order to try and heal itself. The problem is that when your body is in that state chronically it creates an overactive immune system, which brings crippling pain with it. This compromises your ability to do anything, which includes living a normal and productive life. So what do you do if you want to heal inflammation naturally? You consider astaxanthin.

Astaxanthin (asta-zan-thin) is a deep red coloured phytonutrient synthesized by microalgae called Haematococcus, and is also known as the “King of Carotenoids”. It’s grown in fresh water using sophisticated techniques that encourage the algae to grow its own powerful medicines protecting it from oxidation, UV radiation and other environmental stressors.

Astaxanthin is actually what gives salmon their reddish colour and allows them to perform heroic feats like swimming upstream against the current and leaping up waterfalls.

When it is harvested from the algae and concentrated into a tiny liquid capsule it becomes the most powerful antioxidant known in the natural world, with research showing that it is 550 times the antioxidant power of vitamin E! These antioxidants slow down the ageing process and protect us from free radicals that can cause DNA damage, nerve cell damage, and accelerated ageing of our internal organs.

Inflammation is a first response defence and healing mechanism that becomes active before our immune system does. It is an extremely complex system and in general causes redness, swelling, heat, and pain. These effects occur due to a wide spectrum of inflammation mediators that are released after a detected injury or attack. Some of the mediators are known as prostaglandins, tumor necrosis factors, interleukins, and nitric oxide.

Some of the strongest pharmaceutical anti-inflammatories limit the production of prostaglandins and therefore ease swelling and pain. However, these drugs can cause side effects as it is very unnatural and unbalanced for the body to deal with extreme suppression of one single mediator, without affecting the balance of the others.

Alternatively, naturally occurring anti-inflammatory foods will ease inflammation by gently inhibiting several mediators, including prostaglandins, to calm the system as a whole.

Even though astaxanthin is not as powerful as leading pharmaceutical anti-inflamamtories, it is found to be one of the strongest ones in nature. Several double blind, placebo controlled animal and clinical trials shows that astaxanthin naturally inhibits many of the known inflammation mediators, which eases inflammation and pain without the side effects.

Authors Note: I personally used astaxanthin in a period where I dealt with debilitating inflammation, and had no desire to use pharmaceutical drugs. I can accurately state that it extinguished 80-90% of my systemic inflammation.

Other Benefits of Astaxanthin

The best part of astaxanthin is that the healing benefits don’t stop at pain management due to inflammation. However, since it is such a strong anti-inflammatory it also deals effectively with a number of other health issues, including:

Since astaxanthin is fat soluble (unlike most antioxidants) it gets carried by fat molecules directly to your muscles, tissues, and organs where it is needed most, like your brain, breast tissue, prostate tissue, skeletal muscles, and retina. This way it prevents oxidation right at the site of stress or potential oxidation.

This makes astaxanthin not only a must have for those dealing with any inflammatory related disease, but also for those workout warriors or high end athletes who continually put physical stressors on their body and require extra support.

Since astaxanthin is a fat soluble carotenoid, the best way to maximize its potential in your body is to take it with healthy fats. Plant based are best, such as coconut oil, avocados, chia, olive oil, hemp, and flax seed oil. This ensures it is transported effectively to your body and delivered where it is needed most.

Unlike pharmaceuticals, don’t expect astaxanthin to work right away. It seems to take around a 30 day “loading” period before the beneficial effects really seem to take place (it can be less or more, depending on any counteractive dietary or lifestyle factors you may be doing).

In addition to that, the dosage is also a big factor in determining benefits you can feel. A general rule for your intake of astaxanthin can be roughly based on 1 mg to every 10 pounds of body weight, to a maximum of 20 mg’s of astaxanthin a day (effects seem to taper off after that dosage).

So if you weigh 160 pounds, you could easily take up to 16 mg’s of astaxanthin for maximum benefits (it’s virtually impossible to overdose on astaxanthin). Keep in mind that the amount you require will also be based on your level of inflammation.

Also, be sure to get natural, and not synthetic, astaxanthin for best results. The astaxanthin that I fully recommend due to the quality and integrity of the product is Health Ranger’s Hawaiian Astaxanthin.

Finally, to ensure you don’t counteract the benefits of astaxanthin, ensure you limit or eliminate fried foods, processed foods, alcohol, smoking, refined sugar, gluten, and any other foods that may cause an inflammatory reaction.

*Image of “capsules” via Shutterstock