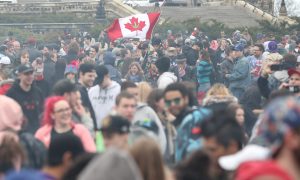 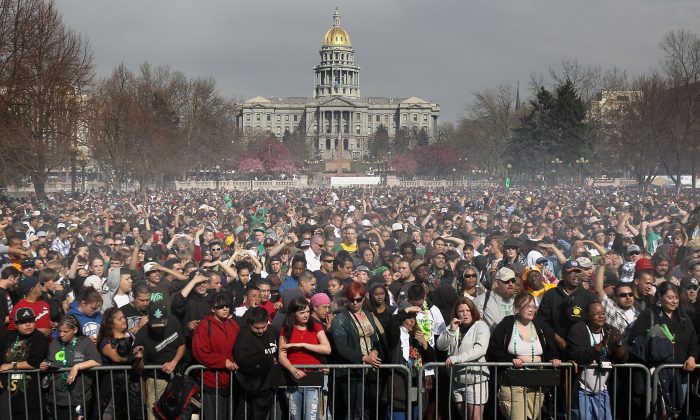 As Pot Goes Mainstream, Dark Side of Legalization Emerges

As marijuana, as promoted by the mainstream media, entertainment industry, and tax-hungry governments, becomes increasingly mainstream in modern America, evidence is emerging that this drug that so many have deemed harmless may actually have detrimental effects on humans, especially young people.

This may seem hard for those young people to believe. Marijuana is, well, almost everywhere in American culture, from books—especially comic books—to movies, to television, to internet memes. The cultural products generated by Hollywood are constantly sending the message that using marijuana is a normal part of life and that it’s no big deal to partake.

Recreational marijuana use in now legal in 11 states, including Illinois, where the new Democratic governor, J.B. Pritzker, just signed legislation making it available for public use. Illinois residents will be allowed to buy up to 1 ounce, or 30 grams, of marijuana at a time.

There is a so-called social-justice component to this push that appeals to some.

“The war on cannabis has destroyed families, filled prisons with nonviolent offenders, and disproportionately disrupted black and brown communities,” Pritzker said. “Law enforcement across the nation has spent billions of dollars to enforce the criminalization of cannabis, yet its consumption remains widespread.”

Pot boosters in Illinois and elsewhere hail the benefits of legalizing and normalizing marijuana use. They stress that legalization means non-violent criminals using the drug won’t have to be put through the criminal justice system. They rejoice that people will be able to open marijuana dispensaries that will only be allowed to sell their products to adults and that the tax revenue collected from pot sales can be used to help communities.

In Illinois alone, Pritzker said on the campaign trail that taxing pot sales could yield as much as $1 billion annually and that licensing dispensaries alone could generate $170 million for the government in the first year.

Americans, they say, will be able to get rich by embracing weed. Mainstream figures like former House Speaker John Boehner (R-Ohio) are trying to sell pot as a viable money-maker. Boehner now tours the country on behalf of Acreage Holdings, which cultivates and dispenses the drug, promoting investing in marijuana.

While marijuana, also known as cannabis, may not necessarily have the dramatic effects portrayed in the classic, much-parodied 1936 propaganda film, “Reefer Madness,” leading to murder, suicide, and social chaos in general, using it isn’t without risk.

As The Epoch Times has reported, marijuana backers say their favorite product saves lives by steering users away from “harder,” more dangerous drugs.

But Keith Humphreys wrote in The Washington Post that “studies of individuals show that using medical cannabis is correlated with higher rates of using and misusing opioids.”

“For instance, according to a 2018 study, those who used marijuana were almost three times as likely to use opiates three years later.

In Colorado, which has embraced marijuana legalization to the hilt, “horrible things are happening to kids,” according to psychiatrist Libby Stuyt.

Stuyt, whose practice in southwestern Colorado includes teenagers, studies the health impact of high-potency marijuana. Thanks to scientific changes, marijuana today contains a great deal more of the compound THC–tetrahydrocannabinol, the principal psychoactive constituent of marijuana— than it did in previous decades. THC is linked to serious psychiatric problems.

“I see increased problems with psychosis, with addiction, with suicide, with depression and anxiety,” resulting from Colorado’s move to make pot legal, Stuyt said.

As Alex Berenson wrote in “Tell Your Children: The Truth About Marijuana, Mental Illness, and Violence,” studies around the world have reported that THC is strongly associated with psychosis, schizophrenia, and violence.

“Now, are we seeing these effects in Colorado,” Paul Mirengoff wrote in the PowerLine blog. “Libby Stuyt’s report from ground zero is bolstered by data. The Washington Post informs us that in the Denver area, visits to Children’s Hospital Colorado facilities for treatment of cyclic vomiting, paranoia, psychosis, and other acute cannabis-related symptoms jumped to 777 in 2015, from 161 in 2005. The increase was most notable in the years following legalization of medical sales in 2009 and retail use in 2014.”

The $1.54 billion in sales that has generated $266 million in fees, licenses, and taxes for Colorado isn’t worth it, according to Mirengoff.

“No politician will admit that the financial benefits of legalizing marijuana are worth significant increases in psychosis, depression, and suicide, coupled with decreased ability to perform and learn in school. However, that’s the trade-off many of them support—not just Democrats but also Republicans like Sen. Cory Gardner.

“Money talks. The pursuit of it, and the power it confers, often overrides concerns over public health. It does, at any rate, in this case,” he said.