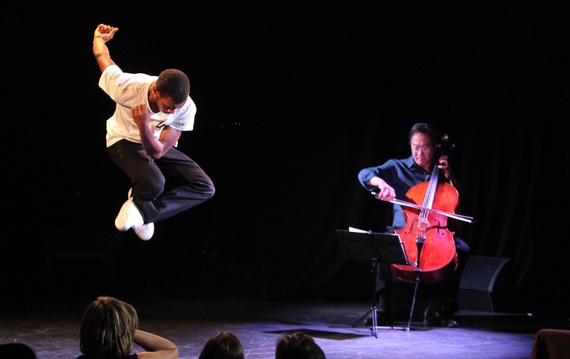 It has been three years since the spectacular video of Lil Buck dancing to Yo-Yo Ma brought jookin—which draws from hip-hop, ballet, jazz, and modern dance—into mainstream consciousness. Ma would later call Buck a genius; and, he is. According to the theory of multiple intelligences, which posits nine distinct dimensions, Buck is clearly off the charts in intelligences like spatial, musical/rhythmic, and bodily/kinesthetic.

The theory was developed in 1983 by Howard Gardner, who is now the Hobbs Professor of Cognition and Education at Harvard. It defines intelligence expansively, as the ability to create an effective product or offer a service that is valued in a culture; a set of skills that make it possible for a person to solve problems in life. It’s a broader definition than many curricula address, and some of the multiple intelligences regularly go unstimulated and underdeveloped in traditional schools.

The director of the Aspen Institute Arts Program, Damian Woetzel’s, vision is “to give kids the tools to become adults who are creative, adaptable, and collaborative, expressive—capable of having their eyes and ears and senses alive.”