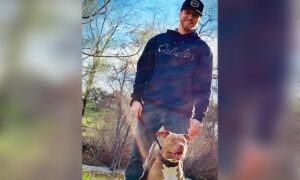 ‘I Would Die for My Dog’: Man Fights Off 350-Pound Bear Empty-Handed to Save His Best Friend
0
Share Now
TelegramFacebookTweetEmailTellMeWeReddit
Copy Link 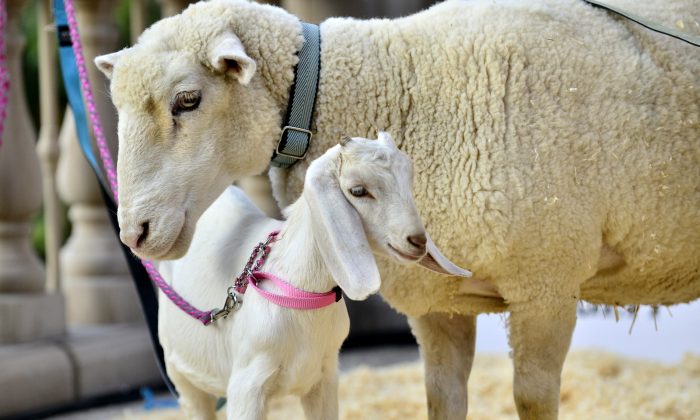 A general view of animals during Heifer International's 2nd Annual "Beyond Hunger: A Place at the Table" to Help End World Hunger and Poverty at Montage Hotel in Los Angeles, Calif., on Sept. 19, 2013. (Jerod Harris/Getty Images for Heifer International)
Animals

Just in time for Halloween, Heifer International’s new catalogue arrived in the mail. Heifer International is a Little Rock-based Christian charity that “ends hunger and poverty” through sending live animals to poor people overseas. The charity is known for its Unicef style photos of cute kids hugging their cute animals which will soon be dinner.

In a recent documentary, Cowspiracy, even CEOs and feedlot managers say animal agriculture is too resource and land intensive to feed the world. Yet Heifer thinks it is a great idea to send live animals to countries without veterinarians, paved roads, health systems, education (to prevent animal-to-human disease transmission) and refrigeration for the animal products. If the countries had the food and resources to care for the animals, they wouldn’t need the animals.

Last year’s Heifer International’s catalogue told donors “Before receiving a gift of ducks from a Heifer supporter, Pham Thi Nguyen from Vietnam remembers, ‘In the past, my children would be sick often. Now we have more money to improve our house and send our children to school.'” Animals don’t get sick or stolen or need shelter and resources in Heifer’s dumbed down world—they are maintenance-free. Not do they spread diseases like BSE, SARS, Ebola, and Avian Flu.

But two teachers who Heifer sent on a tour to a Honduras community that received live animal gifts saw a different side. A “disease killed off all the chickens in a particular village,” and children were sleeping with the animals to keep them from being stolen, they reported. Heifer recipients are also reported to be feeding their animals over their children because it is a better return on investment, according to some anecdotal reports. Thanks for helping hunger, Heifer.

Heifer International domestic animal poverty projects have also failed big time. The charity set up an aquaculture operation in a Chicago housing project in the 1990s so “at risk” youth could sell fish to area restaurants and develop promising livelihoods. But in 1999 all the fish froze to death when the heat and power went off. Two years later, the same thing happened only this time the air conditioning went out because of a storm. The fish leaped “out of their barrels trying to escape accumulating ammonia and rising temperatures,” said the Chicago Tribune. If these mishaps happen in the richest country in the world, what happens in poor countries?

A report from Heifer International’s Global Village program in Perryville, AK also raises questions. According to an unidentified mother who emailed Arkansas’ Fox 16 TV station, school kids at the Village who voted for meat for dinner witnessed the teacher break a rabbit’s neck, chop off its head, skin it and cook it. The mother said her son still talks about the rabbit’s horrible screams as its neck was broken. He was a 5th grader at the time.

A few years ago, Heifer International received funding from the Bill & Melinda Gates Foundation to open dairy operations in Kenya, Uganda and Rwanda, replete with chilling plants, backup power generators and “refrigerated commercial dairy delivery trucks.” In addition to the huge carbon footprint of such operations, is the Western diet really an upgrade for recipients with its links to heart disease, obesity, diabetes and even cancer?

It would not be too much of a surprise if Heifer International is funded by Big Pharma and biotech giants like Monsanto because of the huge profit that exists in livestock hormones, antibiotics, vaccines and growth promoters. In fact, a recent brochure from drug giant Eli Lilly’s animal division, Elanco, proclaims how it is going to use just such chemicals to feed the world.