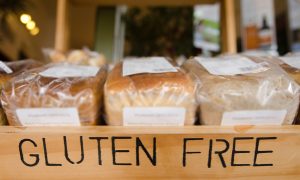 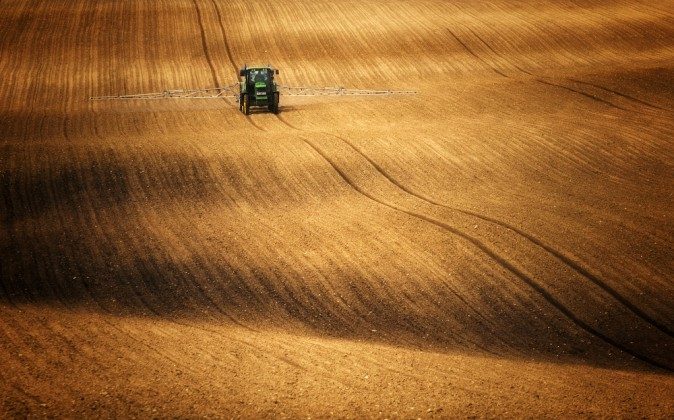 Are You Sensitive to Gluten, or Just Roundup? American Wheat Often Doused With Toxic Herbicide Before Harvest

The mystery behind skyrocketing rates of Celiac disease, gluten intolerance, and other wheat-related illnesses may not have anything to do with wheat or even gluten, but rather the process by which conventional American wheat is grown and harvested.

Unbeknownst to most consumers is the fact that just before harvest, a vast majority of conventional wheat grown in the U.S. is doused in Roundup herbicide, which ends up poisoning your favorite breads, cereals, cakes, and pastries.

Many conventional wheat farmers in America, driven by greed and carelessness, flood their wheat crops with Roundup just before harvest in order to slightly boost yields and reduce harvest time. But the end result is Roundup being absorbed directly into the wheat kernels that end up processed on your dinner plate.

The Healthy Home Economist‘s Sarah Pope explains in a recent article how the pre-harvest application of Roundup is used to dry conventional wheat and make it easier to harvest. This process helps wheat crops release their seeds more quickly, resulting in moderately higher yields.

But according to wheat farmer Keith Lewis, this practice isn’t licensed, though it is quite common in the U.S. When Roundup-sprayed wheat is eventually processed for human consumption, unknown levels of it end up in the final product.

“A wheat field often ripens unevenly, thus applying Roundup pre-harvest evens up the greener parts of the field with the more mature,” he explained during a 2012 interview with Dr. William Davis, author of the bestselling book Wheat Belly.

“The result is on the less mature areas, Roundup is translocated into the kernels and eventually harvested as such.”

In her report, Pope highlights a graph that was included in a 2013 study published in the journal Interdisciplinary Toxicology, which clearly illustrates a corresponding increase in both Celiac disease incidence and glyphosate use on wheat crops.

Since it first became an option for American wheat farmers in the early 1990s, spraying conventional wheat crops with Roundup just prior to harvest has basically become the norm. The latest U.S. Department of Agriculture (USDA) figures show that, as of 2012, 99 percent of durum wheat, 97 percent of spring wheat, and 61 percent of winter wheat is doused in herbicides prior to harvest.

“Using Roundup on wheat crops throughout the entire growing season and even as a desiccant just prior to harvest may save the farmer money and increase profits, but it is devastating to the health of the consumer who ultimately consumes the glyphosate residue laden wheat kernels,” writes Pope.

The reason this is problematic is that Roundup damages several key pathways by which the human body processes and absorbs nutrients. Besides inhibiting cytochrome P450 (CYP) enzymes, which detoxifies the body of foreign chemical compounds, glyphosate damages the gut microbiome, which is responsible for absorbing nutrients.

“… just because Roundup doesn’t kill you immediately doesn’t make it nontoxic,” writes Pope. “In fact, the active ingredient in Roundup lethally disrupts the all important shikimate pathway found in beneficial gut microbes which is responsible for synthesis of critical amino acids.”

“In synergy with disruption of the biosynthesis of important amino acids via the shikimate pathway, glyphosate inhibits the cytochrome P450 (CYP) enzymes produced by the gut microbiome. CYP enzymes are critical to human biology because they detoxify the multitude of foreign chemical compounds, xenobiotics, that we are exposed to in our modern environment today.”

The only way to avoid this is to avoid all conventional wheat grown in the U.S., as well as all products made from it. Pope recommends sticking with low gluten, unhybridized Einkorn wheat, or wheat grown in other countries.