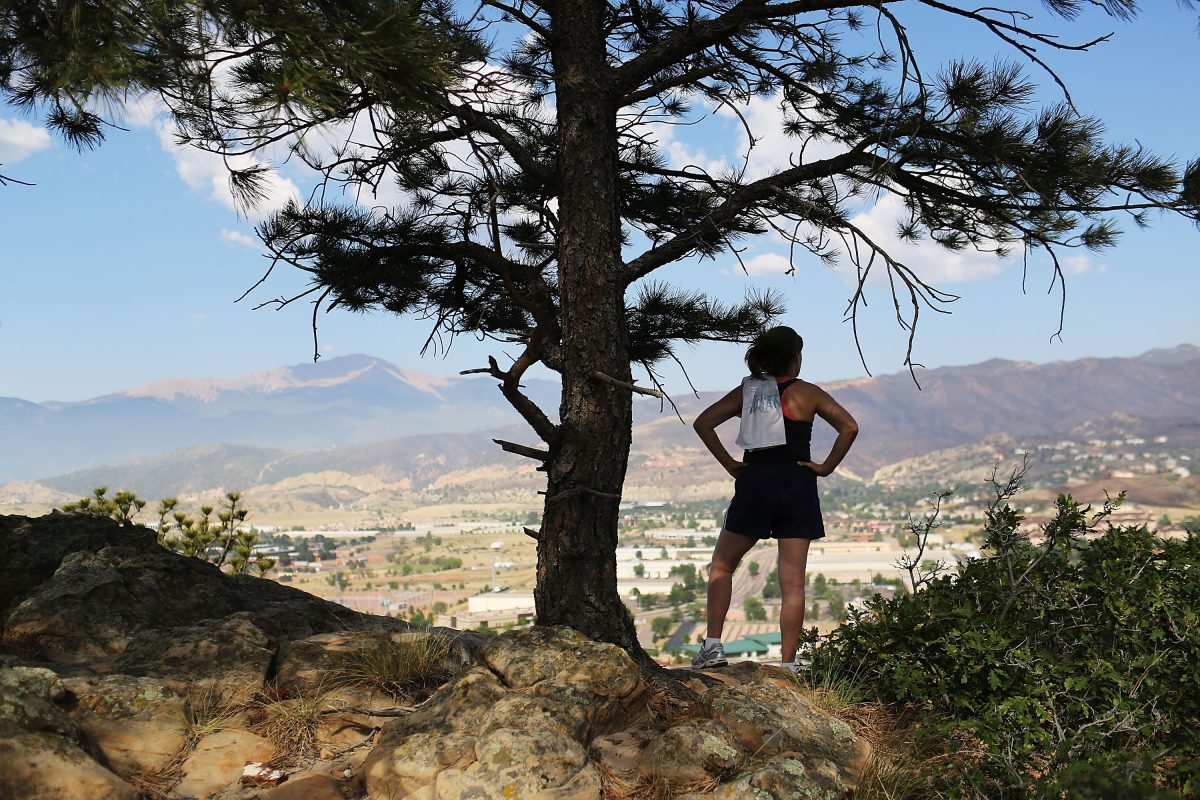 A jogger looks out over the neighborhood in Colorado Springs, Colorado on on July 01, 2012. (Photo by Spencer Platt/Getty Images)
Health

Are You Moving Your Body the Way it Was Designed to Move?

Mila Shulkleper had been enduring painful back problems for years when “by divine intervention or coincidence, or however you might have it,” her neighbor invited her to attend a four-hour class on the “Science of the Psoas,” given by the neighbor’s sister.

Shulkleper at the time had no idea what or where the psoas muscle was, but was intrigued.

The neighbor’s sister turned out to be body mechanist Katy Bowman, and during the class, in addition to learning all about the psoas, a muscle involved in nearly every movement of the human body, Shulkleper was introduced to the basics of body alignment and why people experience pain. She was amazed.

“I learned that I was using my body incorrectly,” she said. “How do we not know about this? Why don’t they teach this since kindergarten?”

Shulkleper immediately began to take more classes and found out that going to the chiropractor was not the only way to manage her back pain. In fact, learning how to use her body correctly was much more effective.

Previously, when Shulkleper threw her back out, she would be on the floor for days, unable to shower or dress herself, and unable to drive for two to three weeks.

It took time, but now “I don’t get as injured,” she said, and if there are any problems, she is fine after one or two days.

Shulkleper also learned exercises that helped her begin to restore her body’s natural muscle length and strength and her joint range of motion from a lifetime of negative habits often found in American culture, such as excessive chair sitting.

She became certified as a personal trainer in Restorative Exercise and opened her own practice called Balanced and Aligned in Pasadena, Calif.

What is correct alignment?

For optimal function and minimal friction, our body parts need to be in a certain place relative to each other, just like how the tires on a car need correct alignment to prevent premature and uneven wear and tear.

Shulkleper says it’s easiest to start with the most fundamental part of correct body alignment: our feet.

When standing or walking, our feet should be facing forward with the outside edges of our feet in a straight line. Most people walk with their feet turned out slightly, says Shulkleper, which can cause knee problems.

Shoes should also be flat and flexible. Even a slight heel, which is found on most shoes, can disrupt alignment and cause tension and pain as the body constantly fights to keep from falling forward.

Legs should be vertical from the front and the side, stacked under the hips and over the ankles. Most people push their hips slightly forward over their toes.

Correct alignment continues with our pelvis and ribs all the way up to the head, but trying to correct every single body part can be daunting at first, says Shulkleper. Start with aligning your feet, and it can help immensely.

The importance of movement

Shulkleper emphasizes that it’s also extremely beneficial to take note of how much we move throughout the day. Many people, even if they exercise, are very sedentary for most of the day, and their movements are very repetitive.

“Movement is necessary for our biological function,” she said.

A variety of movement throughout the day lengthens and shortens our muscles, which helps the heart circulate blood and bring oxygen to our cells. This movement also helps the lymph system move cellular waste out of the body. A lack of movement may seem more comfortable in the short term, but will cause much more discomfort and pain in the long run.

What Exercise Does to Your Bones

“We’re like a super-complicated, self-winding clock, where the winding is the movement. So without movement, our machinery just stops working. We’re just designed to move,” she said.

Some of the most fundamental movements the body is designed to do often are walking, squatting, and climbing.

About once a month Shulkleper teaches a free introductory class on correct body alignment and asks for a $5 donation to cover the studio rental cost. To learn more, visit balancedandaligned.com.

“I just think everybody needs to have this information, whether they ever come back to a class or not,” she said.