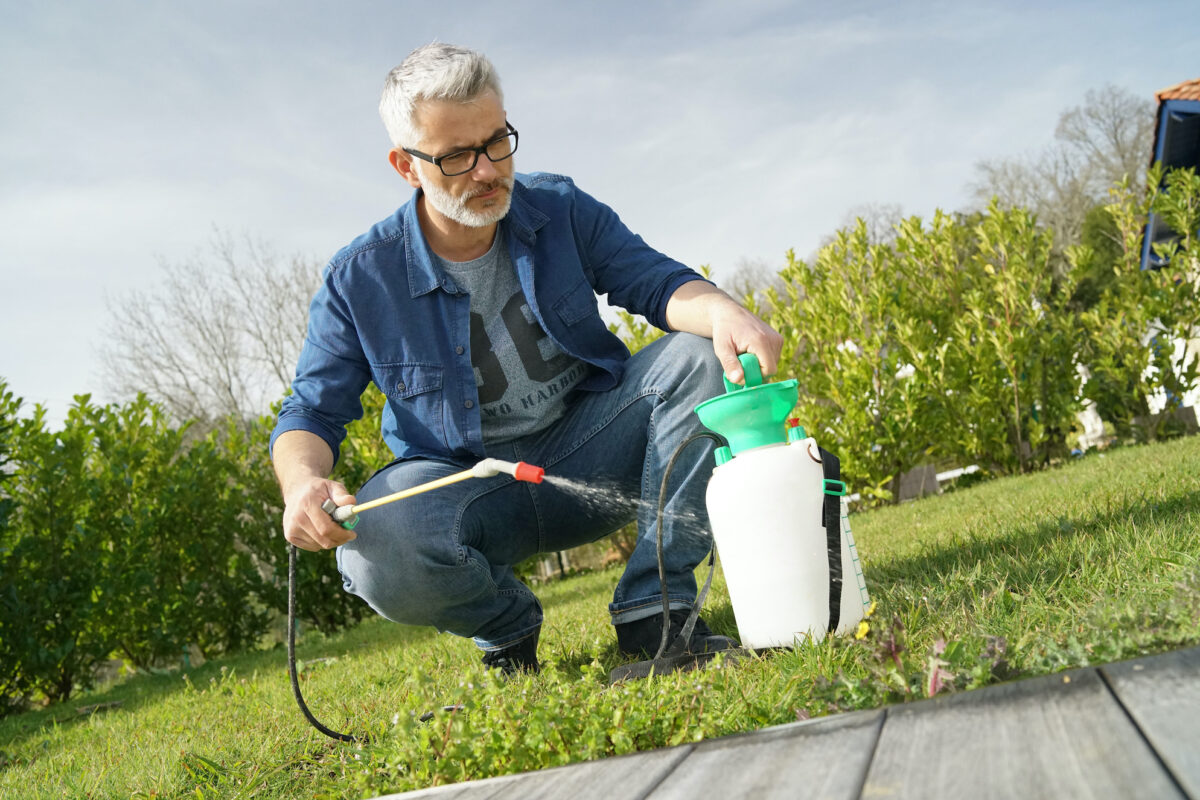 And as our worldwide use of glyphosate has increased, so have our problems with fertility. (goodluz/Shutterstock)
Environmental

The most widely used herbicide in the world is linked to infertility and abnormal genitalia
BY Jennifer Margulis and Stephanie Seneff TIMEFebruary 19, 2022 PRINT

Susan and Chris Goodwin, who live in Charlotte, North Carolina, started trying to conceive when they were both 26. Though Susan stopped taking birth control six months before they married, they tried for a year without success. The Goodwins’ obstetrician referred them to a specialist but even the reproductive endocrinologists, after running dozens of tests, couldn’t find anything wrong. It was perplexing: The Goodwins were young and healthy. Even so, they endured three years of infertility.

A new study in the journal Environmental Pollution has bad news for couples like the Goodwins who want to start a family. Scientists detected glyphosate and its adjuvant, AMPA, in the urine of over 90 percent of the pregnant women they sampled. The more glyphosate found in the pregnant women, the more problems were observed in the babies’ genitals—problems associated with later infertility.

Glyphosate is the main ingredient in the herbicide Roundup. A synthetic chemical patented originally as a metal chelator and antibiotic, this weed-killer can be found in over 750 products.

“The problem with glyphosate is that it’s everywhere,” says Mary Alionis, who has been an organic farmer for 30 years and is the owner of Whistling Duck Farm, a 22-acre organic farm in Grants Pass, Oregon. “Even if you don’t use it on your lawn or your garden, you’ve likely been exposed to it. You can’t get away from it. It’s on food, it’s on the roadways, it’s in the parks.”

James Neuenschwander, M.D., a family physician based in White Lake, Michigan, agrees. “I can choose not to use it, and I don’t,” Neuenschwander says, “but that doesn’t mean I can live free of glyphosate, I’m being exposed because my neighbor uses it or the farmer half a mile away is spraying his fields with it. It gets aerosolized and into the water. More importantly, even if I eat nothing but organic foods, it doesn’t guarantee that there’s no glyphosate in it from cross-contamination from commercial fields. I’ve been glyphosate-free for years, but I still have more glyphosate in my system than 60 percent of Americans. Something is definitely wrong with that.”

And as our worldwide use of glyphosate has increased, so have our problems with fertility. Indeed, infertility issues are on the rise in the United States and worldwide. Couples wanting to become parents are facing a host of difficulties.

“We see a fair number of people with fertility issues, especially men with sperm that are not fully functioning,” says Cammy Benton, M.D., an integrative family physician based in Huntersville, North Carolina. “They feel desperate. And they’re also broke. They’re financially strapped because of all the money they’ve spent on trying to get pregnant.”

According to peer-reviewed research published in the journal Human Reproduction Update, sperm counts have declined a staggering 52 percent since 1973. Teenage boys and young adults are being plagued by decreasing levels of testosterone, which can affect sex drive, muscle and bone mass, as well as sperm production. At the same time, according to the Urology Care Foundation, testicular cancer, the most common form of cancer in young people ages 15 to 34, is on the rise globally. According to one 2015 scientific review, “A spectacular rise in testicular germ cell cancer has occurred in all parts of the world.”

As if that’s not enough, sexual desire among men is also down. A recent survey, done in Japan and published in Japan Today, found that nearly 45 percent of men ages 20 to 34 who had gone without sex for a year or more admitted they didn’t want or weren’t particularly interested in sex.

What does all this have to do with glyphosate?

Although we think of testosterone as a male hormone, too much or too little testosterone can also affect a woman’s fertility. One study, published in the Proceedings of the National Academy of Sciences, found that testosterone affects the development of the follicles—the structures that hold and release eggs during ovulation. Ovulation issues are one main cause of infertility in women, along with miscarriage and early-onset menopause.

Theories abound about the reasons for the decreasing birth rates and increasing infertility issues. Some pundits have blamed videogame addiction. Why have sex when you can live in a virtual world? Others say it’s due to economic instability. It’s hard to justify having a family when you are living with your parents and working a low-paying job.

But Benton and other medical doctors and researchers argue that the underlying cause of infertility for both men and women is environmental.

“We know that endocrine disruptors affect hormone function and the health of the sperm, in animals as well as in people,” Benton says. “The fact that environmental toxins are affecting fertility is no secret.”

Which brings us back to the study on glyphosate in pregnant women. This study, led by Corina Lesseur, M.D./Ph.D., a post-doctoral fellow in the Department of Environmental Medicine and Public Health at the Icahn School of Medicine, adds to a growing body of scientific evidence pointing to glyphosate and its adjuvants as the most pervasive environmental cause of the recent decline in human fertility.

Female children of women exposed to glyphosate during pregnancy have abnormal genitalia, as measured by the distance between the anus and the nearest point of the genitals. A longer “anogenital distance” is more characteristic of males.

In other studies as well, in both mammals and humans, scientists have found an association between maternal exposure to glyphosate and disrupted hormones in their offspring.

“Female offspring with this abnormality are over-exposed to testosterone in utero,” says Brian Hooker, Ph.D., Frances P. Owen distinguished professor of biology at Simpson University in Redding, California. “And we know glyphosate is an endocrine disruptor. In fact, it’s known to suppress the enzyme that converts testosterone to estrogen.”

This genital defect is also a predictor of a condition in women called polycystic ovary syndrome. PCOS is one of the main root causes of female infertility, associated with irregular menstrual cycles and sometimes a total lack of menstrual periods, as well as with excess growth of facial and body hair.

In a recent study, women with the longest anogenital distance had nearly 19 times the risk of being diagnosed with PCOS compared to those with the shortest.

Another study found a positive correlation between fetal testosterone and autism in school-aged children. Yet another study looked at toddlers and found that children between 18 and 24 months of age who had traits associated with autism (less eye contact, a reduced vocabulary, narrower interests, and less empathy) also had higher levels of exposure to testosterone during gestation.

Perhaps surprisingly, glyphosate seems to cause lower than normal testosterone in males as well. A 2010 study on exposure of prepubertal male rats to glyphosate found that glyphosate reduced testosterone production in the testes and reduced the level in the blood.

After three years of trying, Susan Goodwin finally held a baby in her arms. A little boy with light brown hair and bright blue eyes. In the interim, she stopped eating all packaged and processed foods. This, she says, helped her have more energy and balance her hormones.

Serenity Quesnelle, diagnosed with PCOS when she was 16 years old, hasn’t been as lucky. Quesnelle, who’s 27 and lives in St. Clair Shores, Michigan, has been trying to conceive for nearly four years.

“I’ve seen multiple doctors and have just been left with the answer of ‘unexplained infertility,’” she says sadly, adding that she and her husband are doing everything they can to figure out the root cause. Quesnelle isn’t sure but she thinks the infertility stems from a poor diet growing up, along with taking dozens of rounds of antibiotics and other prescription medications. She believes glyphosate, too, is partly to blame.

“I’m frustrated,” she says. “So many things that we know aren’t safe are still allowed to be sold, and even pushed on us.” 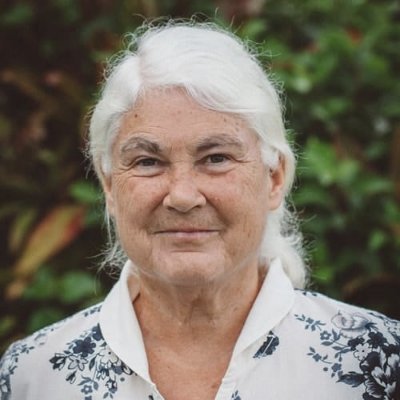 Stephanie Seneff
Follow
Stephanie Seneff is a Senior Research Scientist at the MIT Computer Science and Artificial Intelligence Laboratory. She received the B.S. degree in Biophysics in 1968, the M.S. and E.E. degrees in Electrical Engineering in 1980, and the Ph.D degree in Electrical Engineering and Computer Science in 1985, all from MIT. For over three decades, her research interests have always been at the intersection of biology and computation: developing a computational model for the human auditory system, understanding human language so as to develop algorithms and systems for human computer interactions, as well as applying natural language processing (NLP) techniques to gene predictions. She has published over 170 refereed articles on these subjects, and has been invited to give keynote speeches at several international conferences. She has also supervised numerous Master’s and PhD theses at MIT. In 2012, Dr. Seneff was elected Fellow of the International Speech and Communication Association (ISCA).
SHARE
Friends Read FreeCopyFacebookTweet
You May Also Like