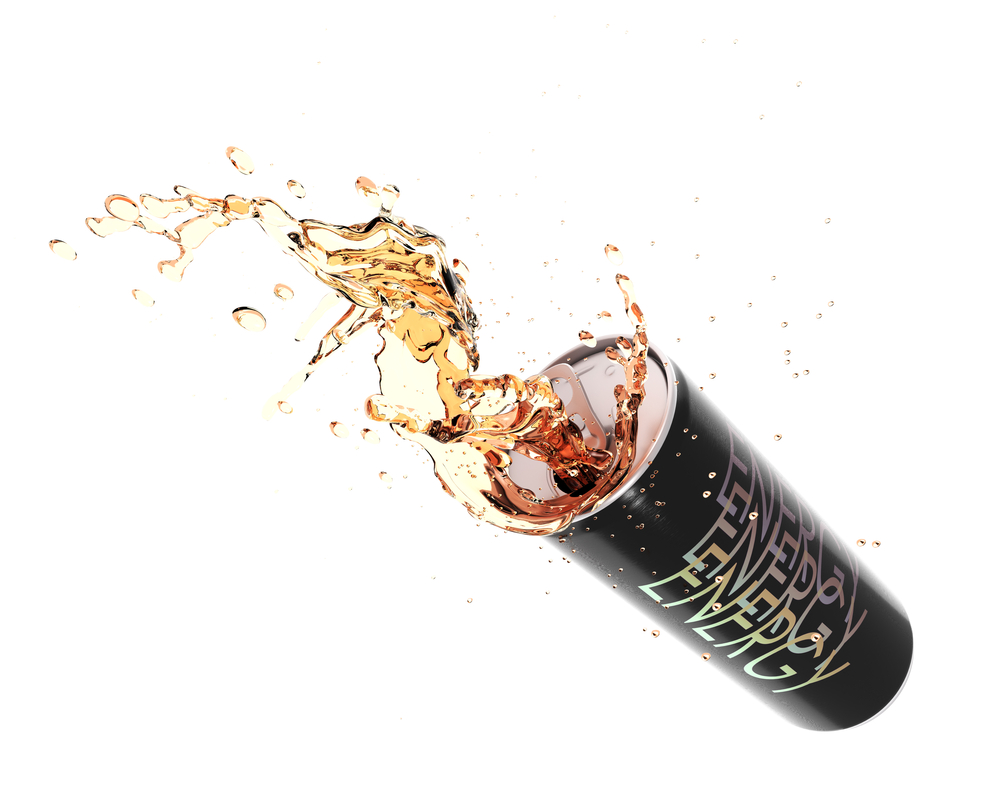 Energy drinks are not healthy for you, and recent studies suggest they may actually be harmful to you. (ShutterStock)
Toxins

Are There Risks and Benefits of Energy Drinks?

The first energy drink dates back more than a half century: Dr. Enuf, launched in 1949. Now, there are more than 100 brands—an industry now selling $50 billion of the stuff a year. They’re popular on military bases, but some military leaders have questioned their safety, based on data like this: the skyrocketing number of energy drink-related emergency room visits over recent years. But, if you look at some of the reports, you see cases like this: 24-year-old guy who didn’t feel well after drinking a can of energy drink and three bottles of vodka.

Because energy drinks are often co-consumed with other substances, it’s hard to tease out the culprit. Same problem with population studies. Sure, “[a]dolescents drinking energy drinks are at risk of a wide range of negative outcomes,” but energy-drink consumers are also more likely to drink soda and have other unhealthy habits, are more likely to binge drink, take diet pills, and engage in other risky behaviors. So, the only way to tease out the energy drink component is…to put it to the test.

One of the concerns that has been raised by public health advocates in terms of potential negative effects is increased blood pressure. But have people chug a can of Red Bull and 30 minutes later, no significant change in blood pressure. Okay, but that was the little eight-ounce can. What about the 16-ounce big cans of Red Bull? Forty minutes later, no significant change there, either. So, concerns about energy drinks raising blood pressure were dismissed as overblown…until the bomb dropped in 2014.

Red Bull did indeed significantly raise blood pressure after all. The reason the earlier studies missed it is because the spike doesn’t start peaking until like an hour after consumption. So, if you just look at like 30 minutes after consumption, all seems fine. But the worst is yet to come. And, the big shocker was that cerebral blood flow velocity—blood flow in the brain—took a dive. Energy drinks are promoted as having “beneficial effects,” but this instead would suggest they’re “potentially harmful because of the extra cardiac work load and the decreased [brain] blood flow velocity…”

Researchers subsequently looked at other brands. Here’s Rockstar brand energy drink—significantly elevating blood pressure within just 30 minutes. Yeah, but wait a second. Is it just the caffeine? Is it any different than just drinking a cup of coffee? To figure that out, you’d have to compare the effects of an energy drink with just a plain drink with the exact same amount of caffeine. But there’s never been such a study…until now.

A “randomized, double-blind, controlled, crossover study” in which “young, healthy volunteers” were randomized to drink two large cans of an energy drink or a control drink that had the sugar and the same amount of caffeine, but none of the other “proprietary blend ingredients” like taurine, carnitine, ginseng, guarana, and all the other stuff they add.

And, it turns out it wasn’t just the caffeine: significantly higher blood pressure on the energy drink than the exact same amount of caffeine in the control group. What’s this higher “QT interval” thing, though? On an EKG, it’s the distance from the beginning of the downward Q wave to the end of the bump of the T wave. Okay, so who cares? “QT…prolongation,” which is what the energy drink did—but not the caffeine—”is a recognized marker of increased risk for [oh] fatal arrhythmias,” fatal heart rhythms. That doesn’t sound good. Okay, but by how much? “Prolongation of the QT…interval by more than 60 [milliseconds] is a marker for life-threatening arrhythmias.” And, the energy drink only prolonged it by about 10. But there have been drugs pulled from the market—profitable drugs, bringing in billions of dollars—because of a 5- to 10-millisecond prolongation. So, we really need to start investigating some of these other ingredients in energy drinks.

For example, in 2008, authorities found cocaine in Red Bull drinks. The Red Bull manufacturer “insisted,” however, that they were just adding the coca leaf for flavor, and that all the active cocaine was removed.

Given the “global popularity” of the multibillion dollar energy drink industry, it’s critical we figure out if there are any potential adverse effects. “There are currently more than 500 energy drink products [for sale] on the market today.” “The most popular, and most studied…is Red Bull”—a single can of which was found to bump blood pressure by three or four points within 90 minutes of consumption. What about all the other energy drinks? Studies show they similarly increased blood pressure three or four points on average.

“The FDA imposes a limit” on caffeine in soda, but the way energy drink manufacturers get around that is by claiming that their carbonated sugar water is not soda, but a “natural dietary supplement…” But, Red Bull doesn’t have any more caffeine than a cup of coffee. The question is, what are the effects of all the other proprietary ingredients they add to the energy drinks? So, they gave people four of the small cans of Red Bull, or four cups of coffee—same amount of caffeine—and then measured their blood pressure over the entire day. Same amount of caffeine, yet significantly higher average blood pressure by about five points over the coffee. So, maybe it’s the taurine, or some other combination of added ingredients, in energy drinks that makes them so harmful?

Energy drinks may also impair artery function. One big can of Monster Energy drink, and a significant drop in your arteries’ ability to relax normally within 90 minutes. The biggest risk, though, is likely the EKG changes that signal an increase in the risk of our hearts flipping into a fatal heart rhythm. And indeed, there are cases of young people suffering cardiac arrest after consuming like seven or eight cans in a row, or even just three cans back-to-back. Some people are just more susceptible. Yeah, there are a number of case reports highlighting “multiple potentially fatal cardiac side effects from high-energy drinks in the general population.” But, it’s the “families with a history of sudden cardiac death” or fainting that education about the risks are “even more critical,” as energy drinks may unmask a “potentially life-threatening genetic condition such as LQTS”—long QT syndrome, which occurs in about one in 2,000 people.

Yes, there are safety issues, but do the benefits outweigh the risks? Unfortunately, “[l]ittle evidence exists…to support [any] beneficial effects.” What about for athletes, though? That’s who energy drinks were originally marketed for. And boy, did that marketing work, with 80% of college athletes reportedly drinking them. So, does it help? You don’t know…until you put it to the test. And, as you can see by the title, “pre-exercise energy drink consumption does not appear to improve endurance.” But it does seem to increase inflammation. Twenty-five mile simulated road race, and they could not find any “ergogenic potential”—any athletic performance-enhancing potential of Red Bull above that of just straight sugar water and caffeine. “In addition, the data indicate that [Red Bull] induced greater inflammatory-related responses than did just [straight caffeinated sugar water or placebo].”

No apparent effect on resistance training either—not just endurance sports. And, those hoping energy drinks will help rev up their metabolism to lose weight may be disappointed to learn you can get the same stimulatory effects with straight caffeine. Or, maybe they won’t be disappointed—black coffee or tea is way cheaper.

No wonder there was no change in athletic performance, because unlike nitrate-rich vegetables, energy drinks don’t change oxygen utilization or ratings of perceived exertion. But, what they do is raise your resting blood pressure. So, the opposite of vegetables likes beets and greens, which both improve athletic performance and reduce blood pressure at the same time—whereas “[e]nergy drinks [appear to] have no therapeutic benefit.”