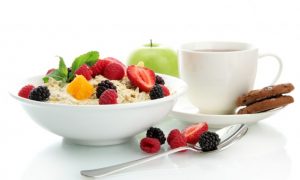 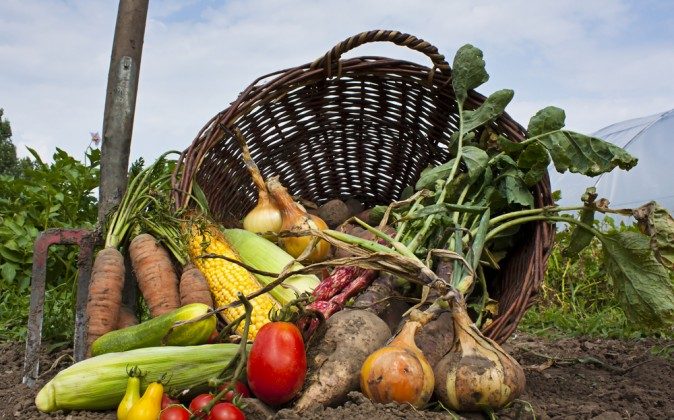 Organic agriculture is booming.  More and more people believe organics are better for our health than conventionally grown fruits and vegetables.  But what does the science say?

The researchers looked at whether organics provide better concentrations of certain nutrients.  In particular they focused on vitamin A, carotenoids, iron, zinc, selenium, iodine, vitamin E, and phenolic compounds.  Phenols and polyphenols are compounds such as anthocyanins and flavonoids that have antioxidant or other human health benefits.

In their results, published in the International Journal of Environmental Research and Public Health, they found the evidence mixed.  Still, they concluded there was “a clear indication of a beneficial effect of organic food/extracts as compared to conventional ones.”

Pesticides and Heavy Metal Residues Much Higher in Conventional Produce

Studies indicate pesticide residues in the food may contribute to the development of Parkinson’s disease, cancer and endocrine disorders.

The weedkiller RoundUp has been linked to kidney disease.

The evidence was not as strong for heavy metals, but the authors noted a number of studies showing higher levels of heavy metals (especially cadmium) from conventionally grown products than from organic ones.

Organic Fruits and Vegetables Are Higher in Health-Promoting Phenols

The researchers attributed the higher levels of phenols in organically grown crops to the soil.   Organic soils have higher microbial biomass and activity, higher biodiversity and more biogeochemical processes.  The higher phenol levels are also related to the plants’ defense mechanisms against diseases and pests in the organically grown crops.

When it comes to other nutrients, however, the researchers couldn’t find a clear benefit in organics.  They found that the genes of a particular plant are just as important as farming practices in determining the nutritional content of a crop.  Organic farming is just one element among many farming practices.

Many studies have tried to compare levels of iron and zinc in organic versus conventional strawberries, tomatoes, green beans, and wheat. Some studies show higher iron and zinc levels in organics.  Others show lower levels.  In other words, the study results were too inconclusive to say clearly whether organic or conventional is better when it comes to iron and zinc. They found other factors, like type of crop, year, place, environment, and harvest timing seem to be of higher importance than organic cultivation.

Likewise with carotenoids and vitamin A.  Studies have compared organic and conventional farming of wheat, green cauliflower, tomatoes, sweet red bell peppers, grapefruit, grapes, apples and carrots. No significant differences were found.  Again, weather, environment and genotype of the crop seem to play a larger role for the carotenoid content than whether the crop is raised organically.

The same was true for vitamin E (tocopherols).  Studies have compared organic and conventional wheat, barley, rice, strawberries, peach, pears, plums, olives, sunflower, potatoes, and fava beans. There were no significant differences with a few exceptions.  Some tocopherols were higher in organic barley, plums and pears.

Do any of these nutritional differences translate to an actual health effect?

Several other animal studies report that animals can discriminate between organic and conventional feed in food preference tests.  And they prefer organic produce.

To date, there are no good human studies.  Short-term intervention studies haven’t yet shown any significant difference for people eating conventional or organic food.

Still, the researchers concluded that eating organic food seems to be positive from a public health point of view.  But they’re still not sure why.  More studies are needed.

In the meantime, choose organics when you can.  And check out the Environmental Working Group’s list of the Dirty Dozen Plus fruits and vegetables you should definitely buy organic to reduce your pesticide exposure.

This article was originally published on www.greenmedinfo.com. Join the free GreenMedInfo.com newsletter