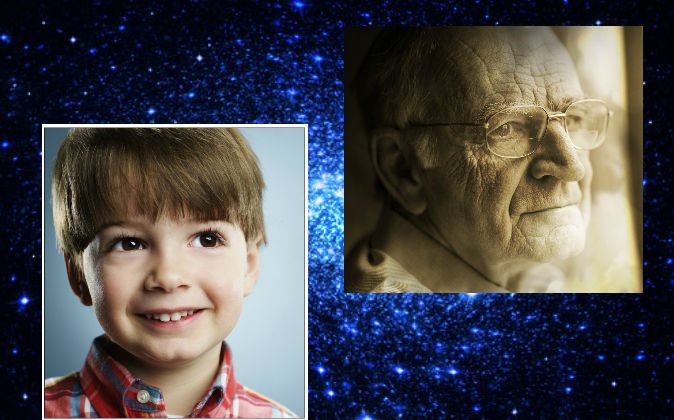 Are Children With Reincarnation Memories Just Making It Up?

The psychology of children who report reincarnation memories
By Tara MacIsaac

Multiple researchers have thoroughly investigated cases of children who report past-life memories. In many cases, the details given by a child have been verified to correspond (sometimes with startling accuracy) to a deceased person. In other cases, the details have been more difficult to verify.

Even in the most convincing cases, some will find a grain of doubt. Could the parents have influenced their suggestible children with a certain line of questioning? Could the children have overheard information and repeated it without their parents’ knowledge? Could an overactive imagination or desire for attention have fueled the talk of a past life? Maybe probability can explain how the “memories” match up with real people or events, maybe they’re just lucky guesses.

Psychologist Dr. Erlendur Haraldsson, professor emeritus at the University of Iceland in Reykjavik, studied 30 children in Lebanon who had persistently spoken of past-life memories, comparing these children to a test group of 30 other children. Dr. Haraldsson wondered whether children who associate so strongly with being another person (their past-life incarnation) are psychologically similar to people with multiple personalities.

He tested the children to see whether they were more likely than their peers to have dissociative tendencies, for example. Dr. Haraldsson explained in his paper “Children Who Speak of Past-Life Experiences: Is There a Psychological Explanation?” published by The British Psychological Society in 2003: “The concept of dissociation has been used to describe a variety of psychological processes ranging from those that are perfectly normal, such as divided attention and daydreaming, to the appearance of multiple personalities in the same person with limited or no awareness of each other.”

He found that the children with purported past-life memories “obtained higher scores for daydreaming, attention-seeking, and dissociation, but not for social isolation and suggestibility.” However, he found “that the level of dissociation was much lower than in cases of multiple personality and not clinically relevant.”

In the same paper, he referred to his field study in Sri Lanka. He found that children there who spoke of past lives would daydream more than their peers, but there was no indication that they were more likely to fabricate imaginary experiences. Nor were they found to be more suggestible. In one of his studies in Sri Lanka, he found these children to have larger vocabularies, to obtain higher scores on a brief intelligence test, and to have better school performance than their peers.

Haraldsson cited Dr. Ian Stevenson, known for his systematic study, starting in the 1960s, of thousands of cases in which children have reported past-life memories. Stevenson followed up with many of the children and found that they almost all grew up to take their appropriate places in society and they had no outstanding psychological differences from their peers. Only one of the children Stevenson followed up with became schizophrenic in adult life.

Psychologists such as Haraldsson and Stevenson have made efforts to detect any psychological influence that may call into question the purported memories they investigate.

In 1975, The Journal of the American Medical Association, wrote of Stevenson: “In regard to reincarnation he has painstakingly and unemotionally collected a detailed series of cases from India, cases in which the evidence is difficult to explain on any other grounds. … He has placed on record a large amount of data that cannot be ignored.”

In 1994, Haraldsson published a paper titled “Replication Studies of Cases Suggestive of Reincarnation by Three Independent Investigators,” in the Journal of the American Society for Psychical Research, outlining studies that have replicated Stevenson’s work.

He summarized that: “To date Jűrgen Keil has studied 60 cases in Burma, Thailand, and Turkey; Erlendur Haraldsson 25 cases in Sri Lanka; and Antonia Mills 38 cases in northern India. … In 80 percent of the 123 cases, a deceased person has been identified who apparently corresponded to some or all of the child’s statements. … Of the 99 solved cases, the person the child claimed to be was unknown to the child’s family in 51 percent, acquainted in 33 percent, and related in 16 percent. Of the combined sample of 123 cases, only one of the cases [one studied by Mills] appeared to be on the borderline between a consciously perpetrated hoax and self-deception.”

The paper included a few examples of cases in which the details of the memories were verified. One of those cases was that of Engin Sungur, born in December 1980 in Antakya Hospital, Hatay, Turkey.

A Boy in Turkey

When Sungur was a young boy, he made a trip with his family away from his native village of Tavla. While traveling, he pointed at a passing village named Hancagiz and said he used to live there. He said his name was Naif Cicek. He said he’d gone to Ankara before he had died.

There was indeed a Naif Cicek who had died in that village a year before Sungur was born, but Sungur’s family wouldn’t find that out for some time yet. Sungur’s family did not immediately comply with his requests to visit the village of his past life.

At a later date, when Cicek’s daughter was in Sungur’s village of Tavla, before Sungur and Cicek’s family had any contact, Sungur approached her and said, “I am your father.”

Sungur’s mother eventually took him to Hancagiz to meet Cicek’s family. The boy correctly identified several family members, including Cicek’s widow. He indicated an oil lamp in Cicek’s home and said he’d made it himself. He said his son had once hit him with his own truck while backing it up.

All of the statements Sungur made were correct, they all matched the details of Cicek’s life. Some other statements he made could not be verified, but he did not make any incorrect statements.

Dr. Jim Tucker, Stevenson’s successor in reincarnation studies at the University of Virginia, recounted similar cases in which the details of a child’s past-life memories could be verified, in his book “Return to Life: Extraordinary Cases of Children Who Remember Past Lives.” But, he noted, as for cases that can’t be verified, “At the very least, they raise the question of what could possibly lead young children to believe they remember the events some of these children report.”

A Girl in Canada

Dr. Tucker gave a few examples, one of which involved a little girl from Canada who seemed to remember being an elderly lady. The girl’s father had no interest in hockey. He actually avoided watching it or talking about it, because he had bad associations with the game; his own father was passionate about hockey and his own lack of interest in it had adversely affected their relationship.

The little girl, Hannah, when she was 3 years old, asked her father why her son didn’t come around to take her to hockey games anymore. When her father asked when her son had done this, Hannah replied, “You know, Daddy, when I was an old lady.”

She talked more about her son later, giving details such as the white car with rust on it that her son had driven and his leather jacket.

Dr. Tucker wrote: “Even though the child’s statements can’t be verified in this case, I find it quite striking. What would possess a 3-year-old, especially one whose family didn’t even like hockey, to imagine she had been an elderly woman wanting her son to take her to hockey games?”

*Image of a galaxy via Shutterstock