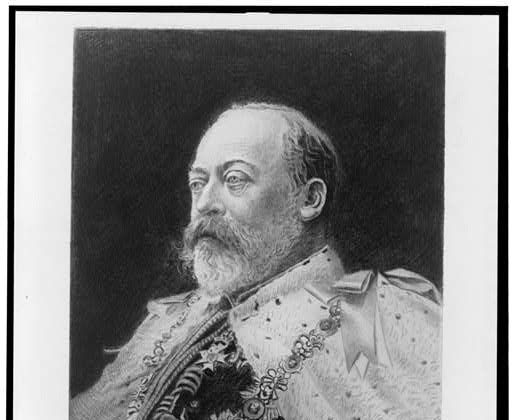 Portrait of King Edward VII. His successful appendicitis just before his coronation made the surgery fashionable. (Franz Raubicheck via the Library of Congress)
Mind & Body

Today, surgery for appendicitis takes a back seat to bypass surgery or knee and hip replacement. But every day in North America at least one person dies due to an attack of appendicitis.

A report in the Canadian Medical Association Journal tells the story of a 15-year-old Philippine boy who immigrated to Canada at age 11. For four months, he suffered from abdominal pain every week. Eventually, due to increased discomfort, he was seen in emergency.

Physical examination and blood studies were suggestive of acute appendicitis, and ultrasound revealed the organ was swollen.

Laparoscopic surgery was performed, the ruptured appendix removed, and the abscess drained. The boy was placed on antibiotics and had an uneventful recovery.

But doctors were shocked when the pathologist reported that tuberculosis of the appendix had triggered the attack. This is a rare diagnosis, as only about 70 cases have been reported.

The boy was tested, found to have pulmonary tuberculosis, and required several months of treatment to cure his disease. Further investigation revealed that his grandmother had been treated for the same condition, but his disease had not been detected when he immigrated to Canada as chest X-rays are done only on those over 11 years of age.

This case had a happy ending, but years ago it would have been a different story.

We’ve come a long way since Claudius Amyand removed the first appendix at St. George’s hospital in London, England, in 1736. For the next 150 years, confusion reigned over how to best treat this disease.

The great French surgeon Dupuytren ridiculed the suggestion that appendix could be the subject of infection. Later, Henry Sands, a New York surgeon, simply stitched up the hole in one appendix. It’s hard to believe, but another surgeon simply straightened out the kinks. If these patients survived, it was the Almighty who saved them.

But consider the plight of doctors in 1902. They were treating Prince Edward, who was to be crowned King of England in two days’ time. He had developed abdominal pain, and his elderly court physicians had diagnosed inflammation of the bowels. In spite of their traditional treatment, their famous patient was getting worse.

This caused great consternation. Many believed it was a grave error to have asked Treves to consult on the prince’s illness. But with misgivings, the coronation was postponed, and Treves prepared for surgery—while skeptics prepared for the future king’s death.

Treves faced a formidable problem. Prince Edward had waited a long time to become king. It was public knowledge that in the interim, he had not denied himself any pleasure of the flesh. Now, his mother, Queen Victoria, was finally dead, and he was middle-aged, obese, and flatulent. He was, therefore, a terrible operative risk.

Treves made a wise decision. He decided during the surgery not to remove the appendix and simply drained the abscess. He must have uttered a long, silent prayer as the courts of Europe held their breath.

This year, about 300,000 appendectomies will be done in the United States. But every year, patients die because of a ruptured appendix.

Today, if abdominal pain strikes, don’t wait hours to seek medical help. There’s a tendency to write off the pain as a mild intestinal upset. Some also take the attitude that all will be better in the morning, and precious hours are lost if the pain is due to an acute appendicitis or another serious abdominal problem.

Remember, never use a laxative in an endeavor to ease stomach pain. If the pain is due to acute appendicitis, this may cause an inflamed appendix to rupture.

Don’t take food or drink. If surgery is needed, this increases the chance that food could enter the lungs if vomiting occurs during the operation. And don’t take painkillers to mask the pain.

Dr. Gifford-Jones is a medical journalist in Toronto. His website is DocGiff.com. He may be contacted at: Info@docgiff.com

Appendicitis is a medical emergency. If you have these symptoms, seek immediate medical help.

Primary symptom: Abdominal pain, often on the right side, with sudden onset and worsening over time

Other symptoms:
• Swelling in the abdomen
• Loss of appetite
• Nausea and vomiting
• Constipation or diarrhea
• Inability to pass gas
• Low fever

Not everyone with appendicitis experiences all of these symptoms.

Source: National Institute of Diabetes and Digestive and Kidney Diseases