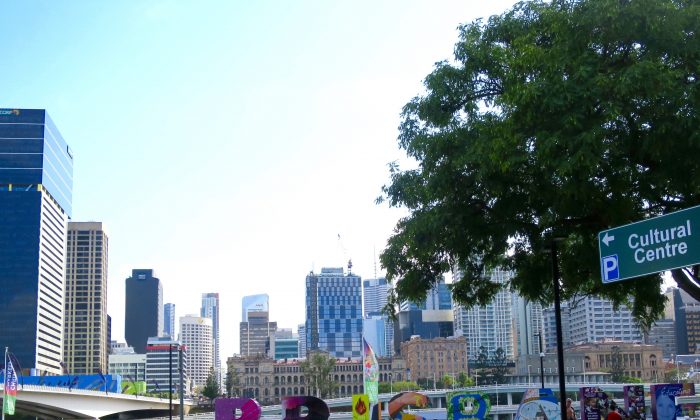 Anticipation in the Air, Shen Yun Will Be Here Soon

BRISBANE—Shen Yun Performing Arts World Company is coming to Queensland, also known as the “Sunshine State,” where they will perform at three venues; in the river city of Brisbane, out west to the hills and in the city of Toowoomba and then in the heart of the Gold Coast.

“I would like to offer my warmest welcome to Shen Yun Performing Arts for your visit and performances in Australia this year. … I would also like to acknowledge Shen Yun’s contribution to the revival of the traditional Chinese culture and the promotion of Chinese and Western cultural exchange.

“I wish you all the very best for your performances in Queensland and Australia-wide.”

“The performance endeavours to renew a largely lost cultural tradition that pays honour to timeless virtues and human dignity. The universal themes of compassion, courage and hope are hallmarks of Shen Yun.

“It is with great pleasure I welcome The Shen Yun Performing Arts to the Toowoomba region and to our beautiful Empire Theatre.  We are delighted to be the only regional centre included in the Australian leg of the group’s International tour.

“Enjoy the colour, magic and emotion of this spectacular performance.”

People living near Brisbane City, on the Gold Coast or in the garden city of Toowoomba will have their chance to see for themselves a music and dance performance that touches the heart and leaves the audience members smiling from its beauty.

Some audience responses to Shen Yun, this season, as the company toured America:

“I’m just bursting with excitement,” said Diane Brough after watching Shen Yun Performing Arts at the Academy of Music in Philadelphia on Jan. 9.

In San Francisco the erhu, or Chinese violin, left the deepest impression on singer and musician Tara DeMoulin.
“I’ve never heard the erhu played like that before,” Ms. DeMoulin said. “That was transcendentally lovely.”

Through the arts, the New York-based music and dance company aims to revive 5,000 years of a divinely inspired culture.

“I really love it as art, but I think what’s more important is what it’s pointing out and trying to say about China—its art and history, and also its own spirituality,” Parisa Soultani said during intermission at the Winspear Opera House, in Dallas, on Jan. 7.

Now Shen Yun’s World Company is on its Australian leg of the tour and will perform at three venues in Queensland.