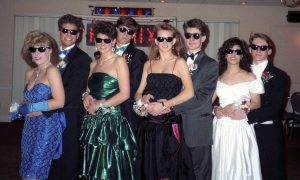 Are You Aging Faster or Slower Than Your Friends?
0
Share Now
TelegramFacebookTweetEmailTellMeWeReddit
Copy Link 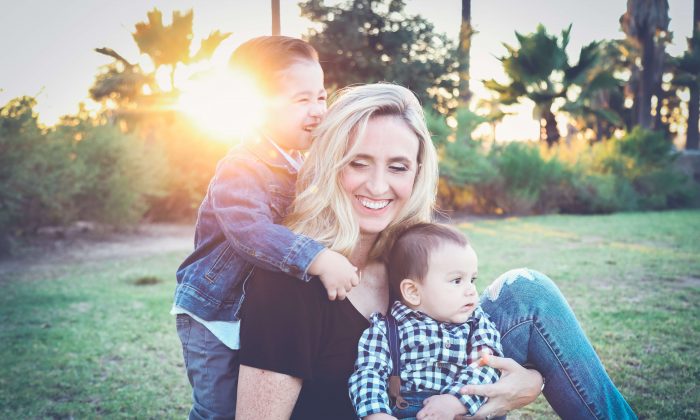 A happy outlook, exercise, and restrained diet are among the more reliable ways to slow aging. (Edward Cisneros/Unsplash)
Lifestyle

In our Grandmother’s day, a 36-year-old woman was at the threshold of old age. Today, Christie Brinkley, who turned 65 last month, proves that female sensuality has a longer shelf-life than ever thought possible, while Betty White and Dick Van Dyke (the former turns 97 this month, the latter turned 94 last month) are proving that Hollywood careers can last longer than ever thought possible.

Yet, our obsession with aging—or rather, not aging—is more intense than ever before. New advertisements for the latest time-trapping cream or supplement crop up monthly adding to the pressure to look and feel young while helping to plump up anti-aging industry profits. But which products really work and which just have clever marketing strategies?

What’s more, since the latest studies prove something we all know anyway—that smiling more and worrying less equate to a long, healthy life—do we really need to spend our hard-earned cash on expensive supplements and exotic juices we can barely pronounce?

Well, if you’re like most of us, your game plan includes both smiling and paying out of pocket occasionally—as long as it’s worth it. So, read on to find out what really works in the chase for better health and longer life, and what’s just hype. While you’re at it, find out which anti-aging products might actually be harmful and what you might be avoiding that may be good for you.

Myth: HGH (Human Growth Hormone) is a safe, natural way to slow the hands of time and stave off signs of aging.

Fact: Human studies involving HGH supplements do report an increase in muscle mass, strengthening of the immune system, and increased libido. But while humans report feeling better, the results in studies with mice suggest that higher GH levels will not prolong life. Furthermore, human studies suggest a sort of supernova effect: HGH makes you feel great but might actually diminish your lifespan since it has been proven that HGH will cause cancerous cells to grow and spread faster.

Dr. Helen Pensanti, a holistic anti-aging specialist, also of Newport Beach, agrees. “There’s a disease that is caused by the body producing too much HGH called acromegaly,” she says. “Your ears, nose, and chin continue to grow.”

Myth: Regular consumption of red wine will provide the body with enough resveratrol to slow the aging process.

Fact: While a study conducted by the National Institute on Aging found that mice fed resveratrol had better heart health, bone health, balance, motor coordination, and fewer cataracts; and ongoing human studies show increased cognitive function and athletic prowess among people supplementing with resveratrol. In order to get enough resveratrol from wine to see these effects, you’d have to drink dozens and dozens of bottles per day. A typical bottle of red wine contains only 5 mg of resveratrol at best, far short of the 250 to 500 mg recommended to see beneficial results. Luckily, resveratrol can now be purchased over-the-counter in most drug stores.

Myth: The Sun’s harmful rays should be avoided at all cost.

Fact: While it’s true that both UVB and UVA rays age the skin, doctors are now finding that insufficient levels of Vitamin D (produced in the body in the presence of sunlight) may likely contribute to the onset of diseases like breast cancer and multiple sclerosis. Rates of both have risen in recent decades, perhaps, doctors now fear, as an inadvertent byproduct of a successful national dermatological campaign to reduce skin cancer by promoting the use of sun-screen.

Myth: Telomerase therapy is far off in the future. I’ll never live to see it work for me.

Fact: Telomeres are to DNA strands what plastic tips are to shoe-laces. They keep the chromosomes in our cells from unraveling. As we age our telomeres become shorter and shorter. Telomerase is an enzyme that, at least in some cell lines, appears to overcome cellular senescence or aging. Some have reasoned that if telomerase can stop aging in cells, maybe it can stop human aging too. There are now serious efforts to develop telomerase-based therapies to fight aging and at least one product, a telomerase activator called TA-65, is already available.

Myth: The Acai berry and its juice contain large amounts of disease-preventing antioxidants that can’t be found in other fruits and vegetables.

Fact: The acai berry is an inch-long reddish, purple fruit. It comes from the acai palm tree (Euterpe oleracea), which is native to Central and South America. It is a relative of the blueberry, cranberry, and other dark purple fruits.

Acai contains several substances called anthocyanins and flavonoids which are powerful antioxidants that help defend the body against life’s stressors. They also play a role in the body’s cell protection system. Free radicals are harmful byproducts produced by the body. Eating a diet rich in antioxidants may interfere with aging and the disease process by neutralizing free radicals.

While the acai is good for you, so are lots of other dark purple fruits, most notably the prune, and it’s a lot less expensive. The USDA has a way of rating foods based on their antioxidant properties. The Oxygen Radical Absorption Capacity scale rates prunes, not acai, at the top of the list.

What We Know Now

So far, the only known method able to delay human aging is caloric restriction (CR). “Calorie restriction is one thing we know can lead to greater longevity,” says Pittsburgh neurosurgeon Joseph Maroon, author “The Longevity Factor”.

Researchers at Washington University School of Medicine in St. Louis have found that CR appears better than exercise at slowing aging. Previous research on mice and rats has shown that both calorie restriction and endurance exercise protect them against many chronic diseases including obesity, diabetes, cardiovascular disease and some types of cancer. However, this most recent research has shown that only CR increases the animals’ maximum lifespan by up to 50 percent. These animal studies suggest that leanness is a key factor in the prevention of age-associated disease, but reducing caloric intake is needed to actually slow down aging.

But perhaps the most exciting news of late is that our biology is only partly responsible for how fast we age. Environment is just as important. Interestingly, environment includes our thoughts and feelings according to the latest findings, and what we know is that positive, happy thoughts and moods decrease the rate at which we age.

“If I can offer any single piece of advice to people regarding the mind-body connection, it would be to practice self-acceptance,” says Dr. Arvantely. “Say something nice to yourself every day. Love yourself when you look in the mirror, at least once a day. Forgive yourself, for one thing, every day.” Whether it’s forgoing the gym or indulging in the occasional slice of pie.