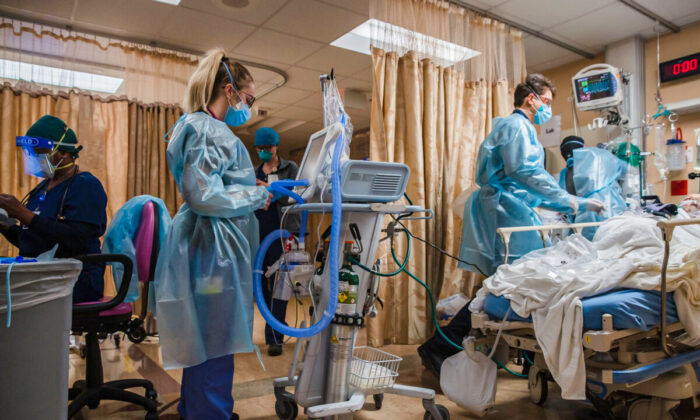 Another ‘Presumptive’ Case of Monkeypox Reported in US: Officials

Florida health officials confirmed they are investigating a possible case of monkeypox, making Florida the third possible U.S. state to have potentially reported the virus.

Cases have been reported in New York City and Massachusetts in recent days. Monkeypox has also been confirmed in Canada, a number of European countries, Israel, and Australia so far.

The Florida Department of Health in Broward County said Sunday that it and the U.S. Centers for Disease Control and Prevention are carrying out investigations to see whether there are any possible exposures.

The virus causes body aches, fever, fatigue, rash, and lesions on the face, hands, and other parts of the body. The CDC notes on its website that monkeypox presents milder symptoms than smallpox, which has killed tens of millions of people throughout human history.

On May 19, the CDC issued a health alert after cases were discovered in Massachusetts and New York City, where a patient with symptoms arrived at the city’s Bellevue Hospital. The first case was identified about a week ago in Massachusetts, although it’s not clear what city.

Speaking to reporters in East Asia on Sunday, President Joe Biden said that he hadn’t spoken with his health advisors over the virus, but he remarked that monkeypox is something “to be concerned about.”

“They haven’t told me the level of exposure yet, but it is something that everybody should be concerned about,” Biden told reporters at Osan Air Base in South Korea. Later, the president said that his administration doesn’t see the need to implement strict measures to control the spread of the virus.

”I just don’t think it rises to the level of the kind of concern that existed with COVID-19,” he said in Tokyo on Monday.

There are more than 190 confirmed or suspected monkeypox reported in at least 16 countries, according to an analysis from Global.health, a data initiative from Boston Children’s Hospital and Oxford University.

In Europe, Belgium became the first country to implement a mandatory quarantine for individuals who test positive for monkeypox, with officials saying that they will need to isolate themselves for 21 days.