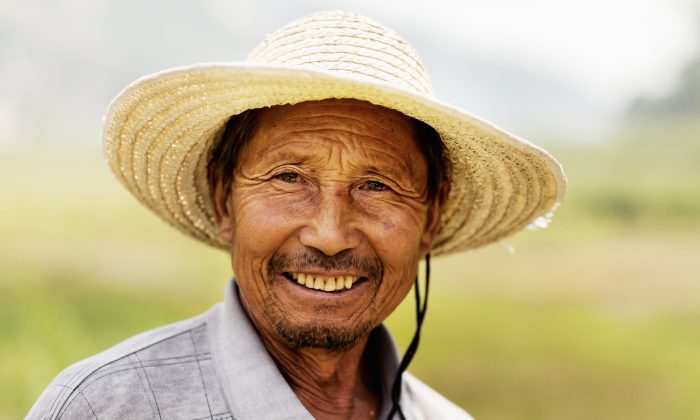 Small meals and attention to inner peace are key to a long and happy life. (XiXinXing/thinkstockphotos.com)
Chinese Medicine

The ancient Chinese believed that many diseases were caused by eating too frequently, omnivorously, and excessively.

Their approach to eating was to reduce the desire for food by lightening the flavors, refraining from overeating, and reducing the number of meals in a day.

In modern times, we see plenty of examples of people who get sick from overeating and people who have their health restored through proper diet and an increased intake of vegetables.

The ancient Chinese believed that a restless spirit and irritability can make the body consume its energy faster, thus making it require more nutrition. If people can keep calm, without too many desires, then they will find that they naturally eat less, maintain their health, and rarely get sick. Even a simple steamed bun can become a delicacy if it is eaten with a peaceful mind.

The ancients believed that those with fewer desires and inner peace do not need to sleep as long.

Before going to bed, the ancients took some time to introspect, paying attention to their thoughts and virtue. Then, having a peaceful mind, as well as fewer conflicts during the daylight hours, they naturally fell asleep as soon as their heads touched the pillow and got up at sunrise without needing an alarm.

In modern times, we often focus on exercise that involves increasing physical activity, often with little emphasis placed on our mental state. The ancients took care of their health by doing practices like calligraphy, painting, martial arts, meditation, or playing the seven-stringed, zither-like instrument called the “guqin,” all of which require a calm mind.

The ancients emphasized tempering the heart and keeping a balance between the body and mind. For example, after years of meditation, the famous literary scholar Qian Mu had sparkling eyes and abundant energy every day, which he credited to his “static” efforts.

In today’s world, we can easily become trapped in the mental states of busyness, anxiety, numbness, and nervousness.

We tell ourselves that we need a certain amount of rest, relaxation, and amusement; however, the wide variety of foods, games, and entertainment we use to relax can also make us more tired.

The ancients were well-mannered. They sought inner peace in noisy surroundings, felt at ease while busy at work, and said that things must be done with a peaceful mind, although one should also not do things incessantly.