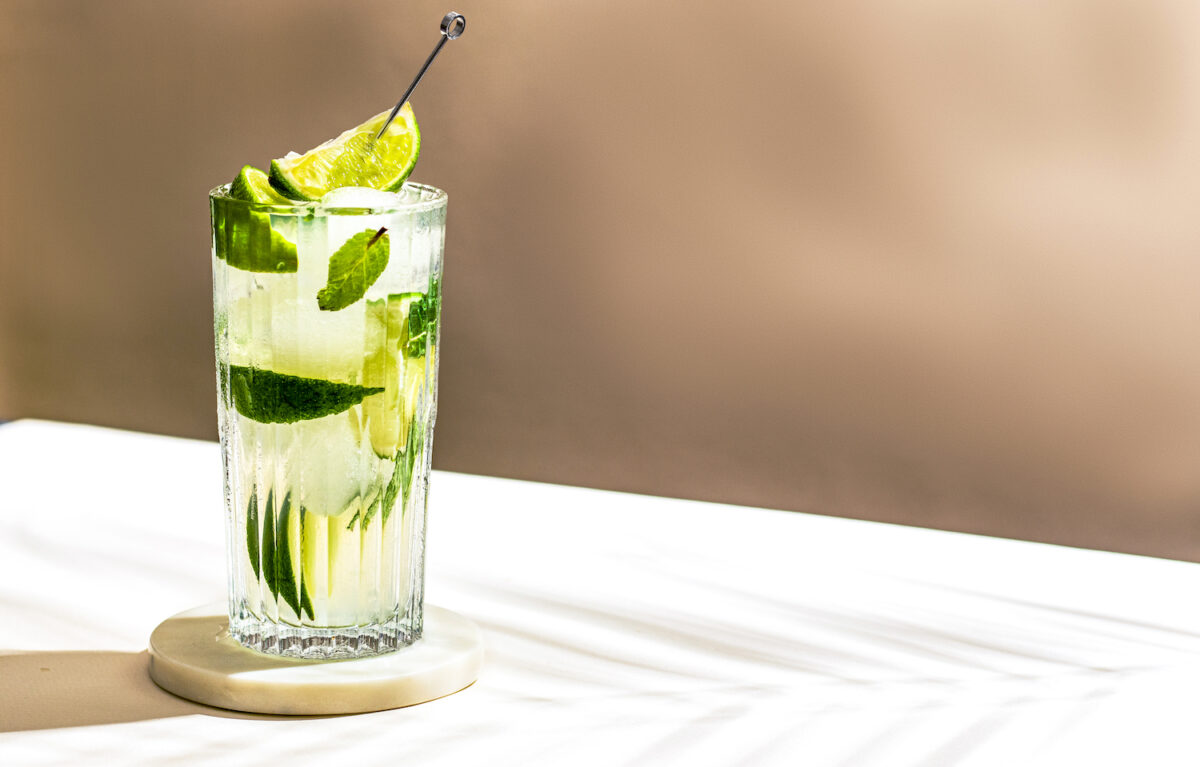 Put an abundance of summertime mint to good use in a fresh, fizzy, perfectly balanced mojito. (plov_mlov/Shutterstock)
Food

Anatomy of a Classic Cocktail: The Mojito

If you have mint growing in your garden, you’re likely swimming in it right now. This summery cocktail tops the list of what to do with it.

The mojito has uncertain origins, but one of the most popular theories is that in the 1580s, Sir Francis Drake—commissioned by Queen Elizabeth I to plunder the Spanish to try to get at their horde of looted gold—arrived in Havana with an ill crew. His cousin proposed a mix of lime, mint, and cane sugar liquor as medicine, which became known as El Draque. Rum took over the liquor role, and it became the “mojito,” a name with its own share of origin stories. Regardless of whodunnit first, the birthplace is generally reported as La Habana, Cuba.

But other myths spread, much like mint left untended. The mojito’s ingredients—lime, mint, sugar, and rum—are well-suited for island life, but despite common claims, none of them are actually native to Cuba. Limes hail from Asia, mint from the Mediterranean, and sugar had been grown for thousands of years in what is now New Guinea before humans carried it around the globe. While rum is fermented and distilled from plantation cane sugar juice and molasses, it can be said to be a Caribbean creation, at least.

Hemingway’s favorite drink? Not likely. “If he drank it, he generally wrote about it somewhere,” writes Philip Greene, cocktail historian and one of the founders of the Museum of the American Cocktail in New Orleans, in his book “To Have and Have Another: A Hemingway Cocktail Companion.” Yet he finds not a single mojito mention among the myriad alcohol references (which are abundant enough to fill Greene’s fun and informative book) in the writings of Papa’s drinking.

The mojito gets all sorts of variations on menus, including strawberry mojitos, but nothing compares to the bright simplicity of the traditional. This drink calls for a muddler (or the wooden handle of a kitchen spoon) and fresh lime and mint—ideally mojito mint (Mentha x villosa), and not so many leaves that it becomes a salad on ice. Use clear rum, not the amber aged varieties, as lovely as those may be. While powdered sugar mixes in more quickly, the occasional crystal of undissolved white sugar is part of the experience. Simple syrup also works, but add it gradually so the drink isn’t overly sweet.

In respect to the varying versions, this recipe leaves wiggle room to taste.

Use a muddler to bruise but not tear the mint leaves in a squeeze of lime juice at the bottom of a Collins glass, or an equivalent glass solid enough to take the muddling. Add the lime wedges and sugar and muddle some more. Fill the glass with ice and add the rum. Then top off with club soda.