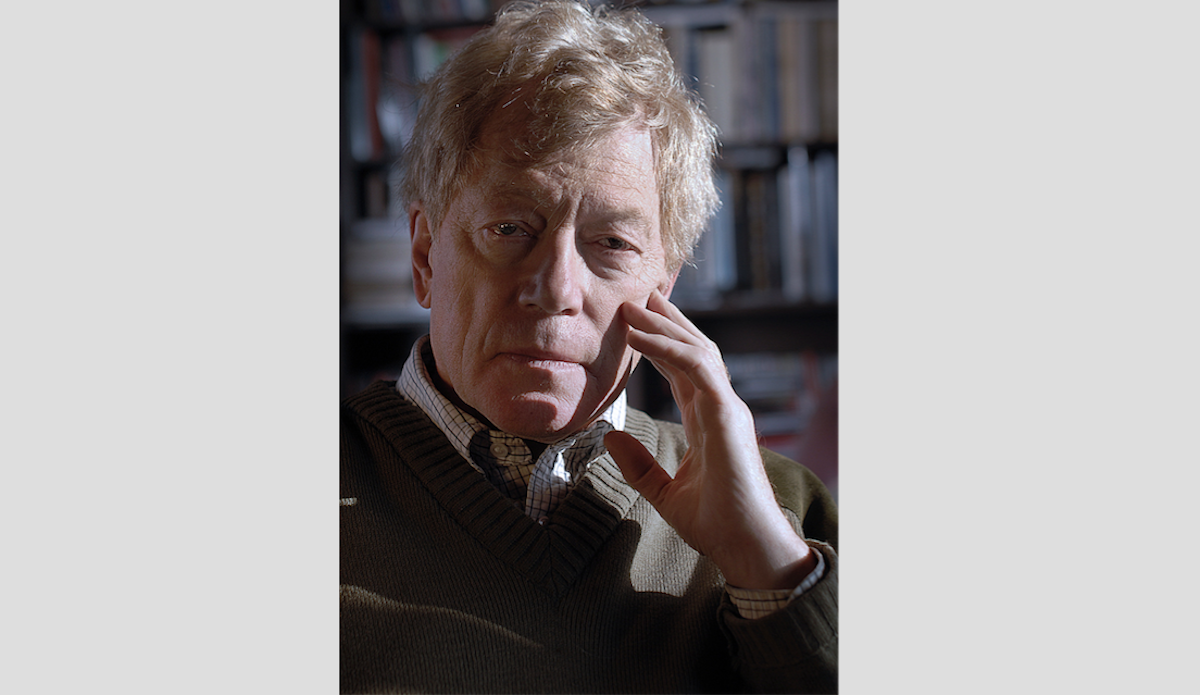 An Unexpected Gift: Roger Scruton’s ‘Against the Tide’

I have a suggestion, particularly for those unfamiliar with Roger Scruton’s voice: Use your Duck Duck Go browser to find his award-winning documentary “Why Beauty Matters.”

In the cadences and rhythms of that voice, we discover a thinker and an attentive listener. He speaks gently for the most part, his words tempered by tolerance for the viewpoints of others, and in him we find a man who clearly honors and loves the English language as well as virtues like truth and beauty. Follow him along for a few minutes, and then open your copy of “Against the Tide,” and you will hear that voice speaking to you from the printed page.

Scruton (1944–2020) wore many hats in his career as a writer, teacher, and philosopher. He served in a number of educational institutions and think tanks, received numerous awards, and was knighted in 2016 for “services to philosophy, teaching and public education.”

He lives on today in his books. There are over 50 of them, most on philosophy or contemporary affairs—a feast of thought and rumination seasoned by novels, two operas, and his book on wine, “I Drink Therefore I Am.”

In his Preface to “Against the Tide,” professor, philosopher, and Scruton’s literary executor, Mark Dooley, writes: “This book honors Roger’s wishes to have his journalism collected for posterity. Moreover, I am confident it will give readers a clear sense of Scruton’s power as a writer and columnist, one whose view of the world was controversial yet so cleverly articulated that it often won praise even from his opponents.”

A Philosopher of the Right

Scruton was known—and reviled by some—as an articulate and principled spokesman for conservatism, and no matter what the topic, he never strayed far from those principles. An example: In his 2018 piece in The New York Times, “What Trump Doesn’t Get About Conservatism,” which Dooley includes in “Against the Tide,” Scruton praises Trump for some of his actions. In particular, he writes, “Mr. Trump has shown himself to belong to the wider conservative tradition, seeking a Supreme Court that applies the Constitution. …” He then proceeds, however, to criticize Trump as “a politician who uses social media to bypass the realm of ideas entirely, addressing the sentiments of his followers without a filter of educated argument …”

Scruton concludes the essay by writing that Trump “is a product of a cultural decline that is rapidly consigning our artistic and philosophical inheritance to oblivion. … He has lost the sense that there is a civilization out there that stands above his deals and his tweets.”

This consideration and defense of civilization is a theme that runs throughout this book and, for that matter, through all of Scruton’s work. Whether he is discussing Eastern European communism, the state of the university, the ideas of Ayn Rand, or screw-top wine bottles (thumbs down), his main concern is for the well-being and care of culture and civilization. Like a physician, Scruton not only tells us how ill civilization has become, but he also offers prescriptions that, if followed, might well restore it to good health.

Scruton may surprise some readers by his judicious and often affectionate remarks on the United States. He can be critical of America, but he almost always leavens that critique with praise. In his 2002 article, “A Question of Temperament,” he praises American conservatism for its vibrancy, using as evidence both ordinary people and thriving conservative journals.

Near the end of this piece, Scruton observes: “For the conservative temperament, the future is the past. Hence, like the past, it is knowable and loveable. It follows that by studying the past of America—its traditions of enterprise, risk-taking, fortitude, piety, and responsible citizenship—you can derive the best case for its future.”

In one previously unpublished essay, he describes a visit to Rappahannock County, Virginia, which is about 35 minutes from where I live. Scruton, who loved horses and hunting, tells us of the huge gathering at a horse race there, the tailgating, feasting, and drinking, where “all distinctions of class, learning, calling, and politics are forgotten, and one thing alone is important, which is that we are here together now.”

He notes, “For the sheer joy of being alive no place compares with rural America.” Now there’s a statement you’ll find in short shrift among certain Americans.

A Smorgasbord of Subjects

Dooley has divided Scruton’s essays under general headings, and these titles alone give examples of their scope and diversity: “Who Are We?” “Intimations of Infinity,” “The End of Education,” “Animal Rights, Pulpit Politics and Sex.”

In some of these essays in “Against the Tide,” Scruton addresses political issues: “The Meaning of Margaret Thatcher,” “Who Is a Fascist?” “The Wrong Way to Treat President Putin,” and “Why Iraq Is a Write-Off.” The points he makes in these pieces remain relevant to today’s headlines, but even more, he gives us insight into history and the consequences of personalities and events. In the case of Prime Minister Margaret Thatcher, for example, he runs through her accomplishments and controversies and then compares her to the ancient Greek Themistocles, who saved Athens from the Persians at Salamis but who was then “ostracized and sent into exile.” Scruton then writes of Thatcher that “she will surely be acknowledged, even by those who conspired to remove her, as the greatest woman in British politics since Queen Elizabeth I.”

On the other end of the spectrum are topics like art and aesthetics. “The Modern Cult of Ugliness” tackles the lack of beauty in so much of our modern arts: painting, music, literature, and architecture. “Once we start to celebrate ugliness,” Scruton warns, “then we become ugly too. Just as art and architecture have uglified themselves, so have our manners, our relationships and our language become crude.”

Scruton blames this transformation on “ivory-towered elites,” but as he so often does, he offers common sense and hope: “What they forget is that ordinary people hunger for beauty as they have always hungered, for beauty is the voice of comfort, the voice of home.”

Dooley uses that Latin tag—“The horrible year”—to describe the last year of Scruton’s life. He is referring less to the cancer that killed Scruton than to a journalistic hit job that brought out the cancel culture crew, journalists and public figures all too eager to whip out their knives and slice up Scruton’s reputation.

Because selective edits to one of his interviews intentionally made Scruton appear a racist, he was dismissed from his position as chair of the Building Better, Building Beautiful Commission. Thanks to help from several friends and to the discovery of the full interview, Scruton was exonerated of the media’s charges against him. His reputation restored, he was given back his post. Yet the wounds left by this ugly incident ran deep. Writing in 2019 for The Daily Telegraph, he describes what was done to him:

“Reading the outrageous articles in the “New Statesman,” “The Times,” the “Sun,” and elsewhere, in which things I have never said and attitudes that I have never entertained are unscrupulously pinned on me, seeing all my work as a writer and a philosopher scribbled over with ignorant and groundless accusations, I have had to take stock of my life, and for a moment it seemed that it amounted to nothing. It was as though I had been ceremonially stripped of all my assets and shut away in a box.”

That so intelligent a man with so noble a soul should have to endure such abuse at the end of his days is sad and disgusting. Though the truth about the doctored interview eventually came limping out of the darkness, the agony that Scruton clearly suffered from these unwarranted attacks must have been terrible.

But here’s the good news. As noted above, Scruton had written of his life after the smear campaign against him that “it seemed that it amounted to nothing.” Not so, not even in the slightest way. His books and essays, and articles like the ones found in “Against the Tide” remain with us. This is inspirational thought delivered by graceful language about politics and aesthetics that will continue to attract and influence readers.

Scrutopia was Sir Roger’s playful way of describing his English country home and his life there. For a few years, he and others operated the Scrutopia Summer School, in which attendees discussed ideas, took hikes around the property, and rode horses. Fortunately, we also have Scruton’s books and the videos, meaning that we too can pay a visit to Scrutopia.

To get a feel for the man and his lagniappe (an unexpected gift), go to YouTube, enter “Roger Scruton,” select one of the videos featuring him, and listen to the man speaking. Then take a look at “Against the Tide.”

Rest in Peace, Sir Roger. And thank you.