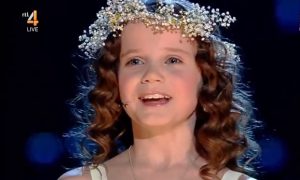 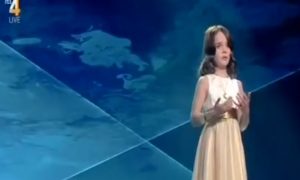 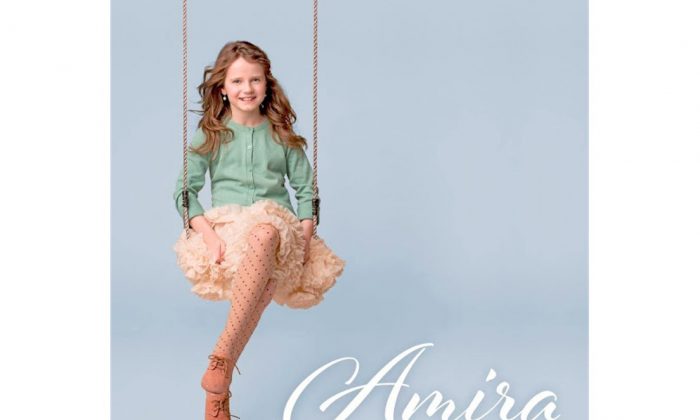 Amira, the self titled album from Amira Willighagen. (Courtesy of Sony)
Arts & Culture

Five months ago, you could almost hear the collective gasp around the world as 9-year-old Amira Willighagen blew the audience away on Holland’s Got Talent with her performance of “O Mio Babbino Caro.”

Then at the semi-finals in December, having just shaken off a bad cold (and no doubt trying to remember a slew of tips and pointers from her new voice teachers), Amira sang “Ave Maria” absolutely beautifully.  A week later, she opened hearts around the world with her glorious performance of “Nessun Dorma” to win Holland’s Got Talent.

Throughout her debut, media and fans have expressed concern about Amira, hoping she doesn’t lose her childhood innocence in the process of becoming hugely famous for a voice it seems she almost didn’t realize she had.

It doesn’t seem to have dented her much yet, and after her antics at the finals awards ceremony, I chuckled to myself for some time. “This girl,” I thought, “has what it takes.”

What happened, in case you missed it, was that when it was announced that she had made the top three, she jumped up in delight, then fell down as if dead, with her hands and feet sticking up in the air and her tongue out to one side.

She remained motionless on the floor while judge Chantal Janzen sat with mouth slightly ajar, apparently at a loss, and another judge, Gordon Heuckeroth ducked behind her, attempting to hide his laughter.

The three judges of Holland’s Got Talent—Heuckeroth, Janzen, and Dan Karaty—have been Willighagen fans from her first note on Oct. 27, 2013.

I should say something about Heuckeroth’s fanfare. During Willighagen’s initial performance, he talked over her song, uttering expressions of wonderment, marring an otherwise beautiful performance—according to many comments left on YouTube.

But I say it was exactly right for him to make such a fuss, even if he had to talk over her song to do it. After all, there will be plenty of time for perfect, CD-quality renditions and formal performances. But her first performance in front of the world will never be repeated, and it’s completely appropriate for it to have lots of oohs, ahs, and coos of amazement sprinkled throughout.

Speaking of CDs, her first is now available. You can search online for EAN-number 0888430559622. If you don’t speak Dutch, the international edition is in English.

Now, as for her “play dead” act, I noticed there were a few negative comments about that after it happened, according to Google translations I did of some Dutch comments.

How could a little 9-year-old girl be brave enough to try a stunt like that in front of such a massive audience in the first place?

Here’s how I see it. I think the play-dead gag was actually just Willighagen being herself. She was telling the audience, in her carefree, innocent way, that she is amazed that she made it to the top three—it’s so amazing, she seemed to be saying, that she could just keel over on the spot. I think she thought everyone would get that. It was a logical, even humble, thing to do.

“Amira Willighagen – Fans” on YouTube posted a video of the finals results, saying Willighagen had seen the play-dead maneuver on a cartoon once, and often does the stunt at home for fun. So it had become part of her natural repertoire of expressions, and I think she just meant to emphasize her surprise and delight.

As her popularity continues, I trust she can let any rude comments—the price of fame in today’s world—slide off, and retain her strength of spirit. Many famous people don’t read the critics, which might be a good strategy. Simply don’t look, and continue being your lovely self, Amira.

I believe she has the strength and purity of character it takes to embrace the life she’s received, and I wish her the very best!