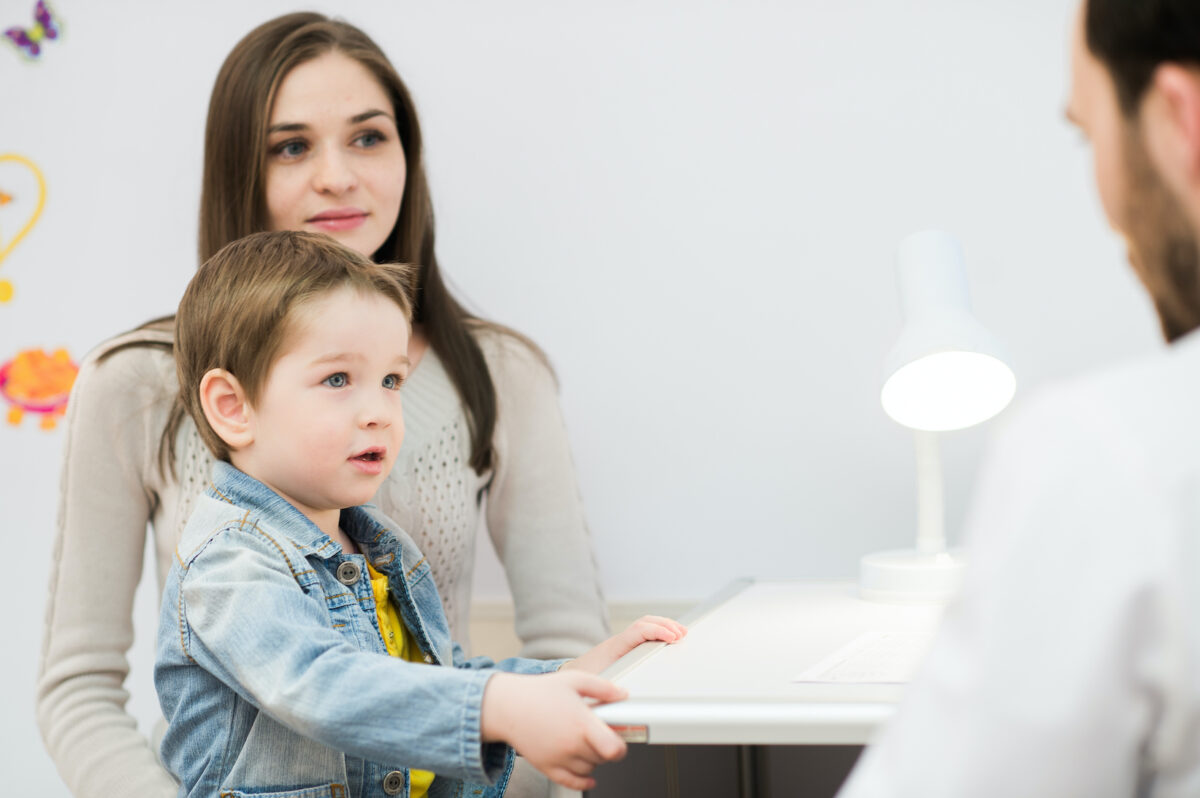 The official public health response to COVID-19 has been so controversial it has further undermined parental trust in the CDC's childhood vaccine schedule. (Roman Kosolapov/Shutterstock)
Medicine

Some parents have lost trust in routine immunizations for their children because of how COVID vaccines were handled
BY Jennifer Margulis TIMEApril 29, 2022 PRINT

“If I had a baby today, I wouldn’t give my child a single vaccine,” a lawyer named Nancy James confided in me this week. Nancy (not her real name) lives outside of Athens, Georgia, and is married to an orthopedic surgeon. The mother of two young adults, Nancy says she has deep reservations about the current vaccination schedule set by the Centers for Disease Control and Prevention (CDC).

Though her worries about vaccine safety pre-dates COVID, her questions about the safety, efficacy, and necessity of the COVID vaccines, Nancy says, have solidified her mistrust of the CDC.

Nancy (who asked The Epoch Times not to use her real name for fear of reprisals from her husband’s medical colleagues) is not alone.

Indeed, the CDC saw steep declines in orders for routine childhood immunizations in 2020, on the order of 15 percent, which indicates that many children are receiving far fewer shots than pre-COVID. While immunization rates started to climb back up in 2021, the number of vaccines being ordered for Vaccines for Children, a federal program that pays for vaccines for low-income families, still remained approximately 7 percent lower than before COVID.

There are several reasons why families in the past two years have been deciding to skip some or all routine childhood immunizations. One was logistical. As public health officials in each state echoed the federal government’s recommendations for people to stay home to stay safe, parents became afraid to bring their children to the doctor. While doctors are able to diagnose and treat other pediatric issues over Zoom, a baby must be in person to get a vaccine.

In many school districts across the country, school nurses host information sessions about routine vaccines for parents. Some districts even offer vaccine clinics on school campuses. So when children began engaging exclusively in on-line learning, access to vaccination also dropped.

But it was not just logistics and the perceived lack of risk from infectious illnesses during the lockdowns that led to families opting out of childhood vaccines. During this time of concerns about COVID, families have also begun skipping childhood vaccinations because they are questioning whether the current CDC vaccine recommendations are in the best interests of their children’s health.

“People are realizing that they’ve been lied to,” said Stuart Fischbein, a community-based obstetrician based in Southern California. “The idea that you’d get two shots and then things would open up? That was a lie. That you’d get vaccinated and be able to take off the mask? Another lie. Two weeks became two years. So, come on, how can anyone believe public health officials or the CDC anymore?”

Fischbein, along with an increasing number of medical doctors, says that he is opposed to COVID vaccines for children because, he says, “the risk-benefit ratio for that age group just doesn’t add up.” Fischbein also told me that he supports parents who are choosing alternative vaccine schedules for childhood illnesses.

“Once you don’t believe the CDC you start looking into everything,” Fischbein said. That became particularly true in regards to the COVID vaccines themselves. “There are no long-term safety studies. Anyone who tells a parent the vaccine is safe is saying something that can’t be verified. The truth is we don’t know. But we are seeing an unprecedented number of side effects being reported. Honestly, you have to be wearing blinders to not see the damage being done by this vaccine.”

While the mainstream media is reporting on the decline in childhood vaccinations as a problem, parents like Nancy and doctors like Fischbein say that not vaccinating—or vaccinating on a gentler, more delayed schedule—may actually be the safest, healthiest choice for today’s children.

Since the year 2000 autism rates have increased by over 200 percent. Today, according to new CDC data published last December, 1 in every 44 children has autism. While autism is a spectrum disorder that manifests differently in different people, it’s estimated that between 25 and 30 percent of those with autism cannot speak. Perhaps even more troubling, the life expectancy for a person with autism is 36 years old, according to 2017 research published in the American Journal of Public Health.

It was her son’s deteriorating health that led Nancy and her husband to start researching mainstream medical recommendations. The decline began, she says, after Nancy took him to the doctor when he was about a year old. His leg became red and swollen where he received his immunizations. That night he spiked a fever, becoming cranky, “snotty,” and lethargic. But the pediatrician reassured Nancy that her son’s sickness was “normal.”

“I didn’t think of it in terms of a reaction,” Nancy said. “They gave me an information sheet that said to expect the baby to be fussy after the appointment.”

But at the next doctor’s visit, Nancy realized that her son had stopped saying the words he had been saying before, like “mama.” Then he started staring incessantly at his hands and exhibiting other signs of autism. Still, she says, she and her doctors were not overly concerned.

But by the time her son was a preschooler, he was diagnosed with autism. Although her mother’s brother had a brain injury at birth, no one on either side of her family had ever had an autism diagnosis. About five years after his health had started to decline, Nancy found herself wondering if her son’s brain issues, which she knew were not genetic, could be related to having been given so many vaccines at such a young age.

Then, in 2008, Nancy found out about Hannah Poling—the daughter of a neurologist and a nurse who also lived in Athens, Georgia. Hannah Poling had become severely autistic after getting a round of shots before age two. At 19 months her pediatrician wrote that she was “alert” and “active” and “spoke well.” But at that visit she was given five vaccines, after which she developed brain seizures and severe health problems.

It took eight years for her family to get compensated. She would need around-the-clock care for the rest of her life, and the government had agreed to compensate her family for their daughter’s vaccine-induced brain injury to the tune of more than $1.5 million, as reported by CBS News. Part of the Polings’ agreement with the government was to seal her medical records. If vaccines were not implicated in autism, Nancy found herself thinking, why the lack of transparency?

It was only after reading about the Poling case that Nancy began to believe that her son’s myriad health problems—though he is verbal and relatively high-functioning, her son continues to struggle with impulse control, communication difficulties, anxiety, and insomnia—may have largely been due to over-vaccination. In the meantime, several peer-reviewed scientific studies have found that children vaccinated according to the CDC’s current guidelines are at much higher risk of brain damage, eczema and other autoimmune disorders, and gastrointestinal disorders than their unvaccinated counterparts.

“What’s going on? The truth is no one really knows,” wrote the co-author of one of these studies, Brian Hooker, a microbiologist at Simpson University in Redding, California, in a 2021 article I published on my website, JenniferMargulis.net. “But it’s urgent that we find answers to these questions.”

Nancy agrees. In fact, she welcomes the controversy surrounding the safety of the COVID vaccines for children and thinks it will create more awareness of vaccine safety in general.

“They’ve been downplaying the fact that these vaccines are causing injuries, pretending that their own data from VAERS is not reliable without providing safety data. But this time people are waking up,” she said. “There are so many injuries, it’s not working to just deny them.”