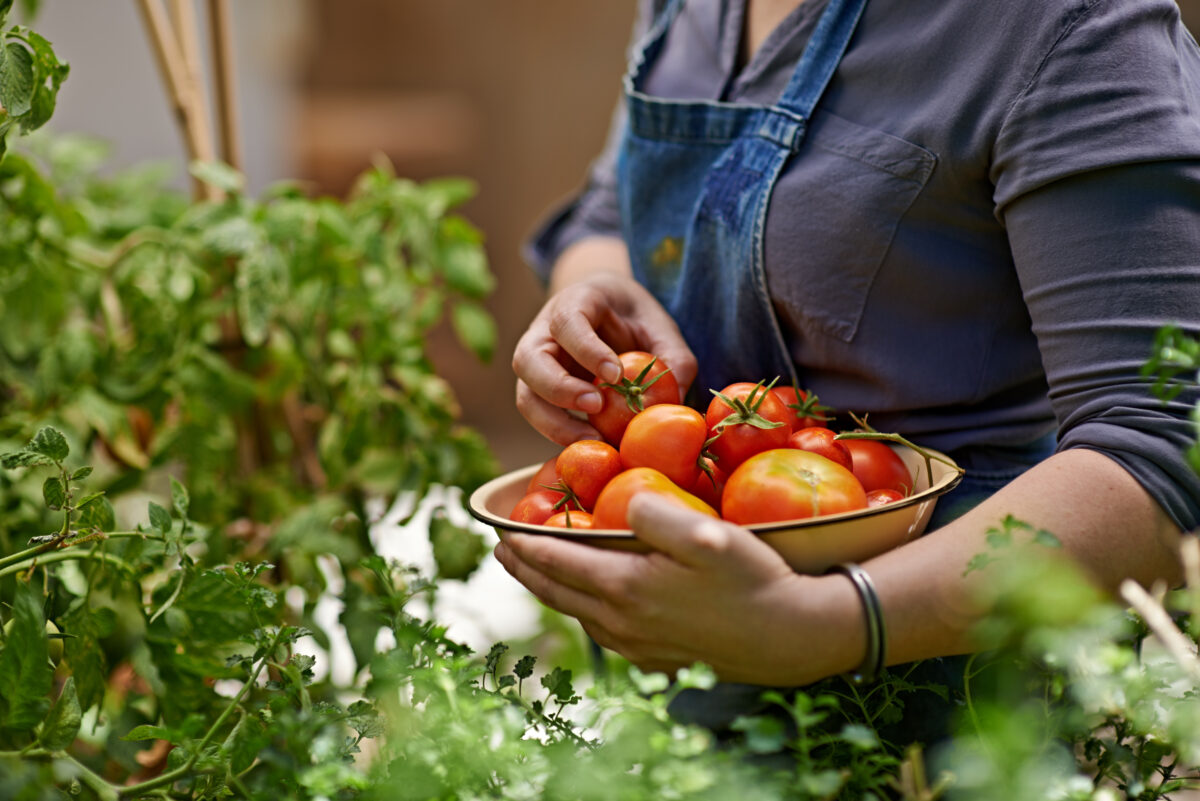 Osteoporosis, characterized by low bone mineral density, causes brittle bones susceptible to breakage.  Odds of developing osteoporosis skyrocket with advancing age – with women disproportionately affected.  About 30 percent of postmenopausal women in the United States are affected by osteoporosis, and – according to the International Osteoporosis Foundation – roughly one in three women over age 50 will experience a bone fracture due to the condition.  (For men over 50, the odds of an osteoporosis-related fracture are one out of five).

Unfortunately, pharmaceutical therapies for osteoporosis can feature horrific side effects, including jaw osteonecrosis, thromboembolisms, increased cancer risk, and – ironically – bone fractures.  This has led to an urgent search for effective natural interventions.  And, there’s good news on that front.  New research suggests that lycopene, the antioxidant plant pigment responsible for the ruby-red coloration of tomatoes, may help to stop the progression of osteoporosis in its tracks.

In a study conducted at Azienda University Hospital in Catanzaro, Italy, and published in the Journal of Translational Medicine, scientists set out to investigate the effects of lycopene on bone mineral density.  Some of the research centered around test-tube studies – and was designed to evaluate the effects of lycopene on bone cells such as osteoblasts (the specialized cells that synthesize bone matrix).

But, it wasn’t all lab tests.  The team also conducted a clinical trial involving 39 postmenopausal women.  In this deceptively small trial, participants received 150 ml a day of a lycopene-rich sauce made from vine-ripened tomatoes.  The control group – 39 women of comparable age and health status – received no tomato sauce.

The study results were encouraging.  The team found that lycopene helps activate cellular systems – such as the WNT/beta-catenin pathway – that help prevent bone loss.  In addition, lycopene appears to improve bone resistance and repair by influencing collagen biosynthesis.

But, it was the clinical study that yielded the most dramatic results.  To put it simply, at the end of the three-month study, the control group had a loss of bone density – but the lycopene group did not.  Lycopene also reduced biomarkers of bone loss (and the team noted that it did this about as well as raloxifene, a pharmaceutical anti-osteoporosis medication).  The impressed researchers concluded that lycopene improves bone mineral density and can help prevent the bone loss that results from osteoporosis – potentially exciting news for the 10 million people in the United States suffering from the disease.

Lycopene is a powerful antioxidant that can scavenge harmful free radicals that otherwise cause oxidative stress and damage.  Researchers have learned that oxidative stress can increase osteoclast cells, which degrade bone and cause bone loss (a process also known as resorption).  So, it’s not surprising that additional research helps to confirm the therapeutic potential of lycopene.

In a separate study published in Osteoporosis International, the team found that 30 mg of lycopene a day – the amount found in two glasses of tomato juice – could decrease bone resorption and prevent bones from becoming brittle and prone to breakage.  And a 2020 review of studies published in the International Journal of Molecular Science (IJMS) concluded that there is a positive correlation between lycopene consumption and prevention of bone loss.

According to the review published in IJMS, most people get about 80 percent of their lycopene by way of tomatoes – making them an important part of a healthy, bone-supporting diet.  In addition to consuming stewed tomatoes and tomato sauce, you can get lycopene from fresh tomatoes and tomato juice.

Lycopene is fat-soluble, so it is best absorbed with some healthy fat.  This is one reason why natural health experts and nutritionists are so enthusiastic about serving tomatoes alongside avocados or olives.  (For the “best of all possible worlds,” add tomatoes and olives to your favorite guacamole recipe).

If you absolutely can’t tolerate tomatoes in any form, other sources of lycopene include watermelon, guava, papayas, pink or red grapefruit, red cabbage, persimmons, and, somewhat surprisingly, asparagus.

Many researchers believe that tomatoes release more lycopene when cooked, although not all scientists agree.  By the way, it’s not only women who benefit from this amazing compound.  Men can – and do – suffer from osteoporosis.  In addition, lycopene is important for prostate health.

Whether you eat tomatoes raw or cooked, one thing is clear.  These savory fruits (yes, tomatoes are technically fruit) can be a valuable natural ally in the fight against osteoporosis.