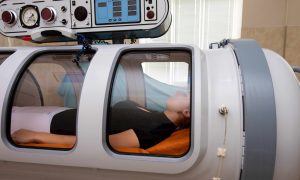 What Are the Benefits of Hyperbaric Oxygen Therapy?
0 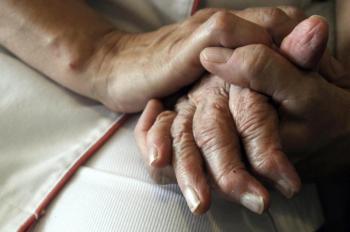 By Cassie Ryan
Print
Experts on dementia have developed a new set of guidelines for diagnosing Alzheimer’s disease in conjunction with the National Institutes of Health (NIH) and the Alzheimer’s Association, the first update to diagnostic criteria in 27 years.

The new guidelines were published online in four articles in Alzheimer’s & Dementia: The Journal of the Alzheimer’s Association on Tuesday.

Dr. William H. Thies, chief medical and scientific officer at the Alzheimer’s Association, believes the publication of these articles is “a major milestone for the field.”

“The NIA and the Alzheimer's Association hope that updating and revising the diagnostic criteria with the latest advances will accelerate the field in the direction of earlier detection and more effective treatment,” Thies said in a press release.

According to the National Institute on Aging (NIA), the updated guidelines cover the whole spectrum of the disease from the earliest preclinical stages through mild cognitive impairment to dementia.
The use of imaging plus blood and spinal fluid biomarkers is also included, but requires more research prior to becoming part of diagnosing Alzheimer’s disease at a preclinical stage.

"The new guidelines reflect today's understanding of how key changes in the brain lead to Alzheimer's disease pathology and how they relate to the clinical signs of mild cognitive impairment and Alzheimer's disease dementia," said Dr. Creighton Phelps, Program Director of the NIH's Alzheimer's Disease Centers Program, in an Alzheimer’s Association press release.

"With further research on biomarkers, as set forth in the new guidelines, we may ultimately be able to predict who is at risk for development of mild cognitive impairment and Alzheimer's dementia, and who would benefit most as interventions are developed."