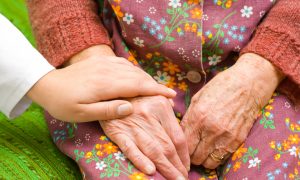 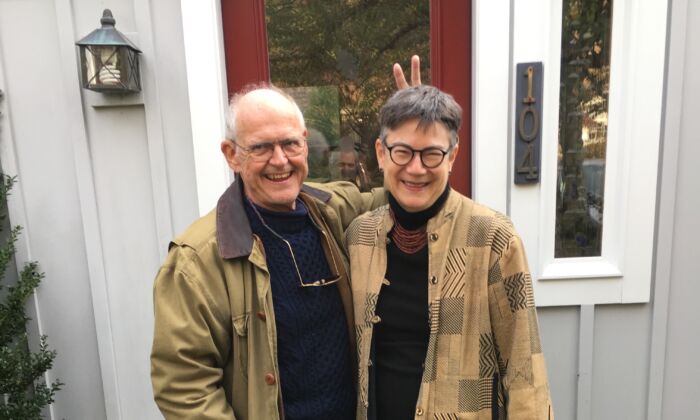 Aiding Her Dying Husband, a Geriatrician Learns the Toll of Caregiving

Living with emotional, physical demands of caring for a loved one gave an expert new depths of understanding
By Judith Graham
biggersmaller
Print

The loss of a husband, the death of a sister, and taking in an elderly mother with dementia: This has been a year like none other for Dr. Rebecca Elon.

The 66-year-old Elon has dedicated her professional life to helping older adults. But her experiences over the past year have taught her what families go through when caring for someone suffering from a serious illness as nothing has before.

“Reading about caregiving of this kind was one thing. Experiencing it was entirely different,” she said.

Were it not for the challenges she’s faced during the coronavirus pandemic, Elon might not have learned firsthand how exhausting end-of-life care can be on both a physical and emotional level—something she understood only abstractly through her previous experience as a geriatrician.

And she might not have been struck by what she called the deepest lesson of the pandemic: that caregiving is a manifestation of love, and that love means being present with someone—even when their suffering seems overwhelming.

Elon’s uniquely rich perspective on the pandemic is informed by her multiple roles: family caregiver, geriatrician, and policy expert specializing in long-term care.

“I don’t think we, as a nation, are going to make needed improvements [in long-term care] until we take responsibility for our aging mothers and fathers—and do so with love and respect,” she said.

Elon has been acutely aware of prejudice against older adults—and has been determined to overcome it—since she first expressed interest in geriatrics in the late 1970s.

“Why in the world would you want to do that?” she recalled being asked by a department chair at the Baylor College of Medicine, where she was a medical student. “What can you possibly do for those [old] people?”

Elon ignored the scorn and became the first geriatrics fellow at the Baylor College of Medicine—located in Houston—in 1984. She cherished the elderly aunts and uncles she had visited every year during her childhood and was eager to focus on this new specialty, which was just being established in the United States.

In 2007, Elon was named Geriatrician of the Year by the American Geriatrics Society.

Her life took an unexpected turn in 2013, when she started noticing personality changes and judgment lapses in her husband, Dr. William Henry Adler III. Adler was a former chief of clinical immunology research at the National Institute on Aging, which is part of the federal National Institutes of Health. Proud and stubborn, he refused to seek medical attention for several years.

Eventually, however, Adler’s decline accelerated. In 2017, a neurologist diagnosed frontotemporal dementia with motor neuron disease—an immobilizing condition. Two years later, Adler could barely swallow or speak and had lost the ability to climb down the stairs in their Severna Park, Maryland, home.

“He became a prisoner in our upstairs bedroom,” Elon said.

By then, Elon had cut back on work significantly and hired a home health aide to come into their home for several days each week.

In January 2020, Elon enrolled Adler in hospice and began arranging to move him into a nearby assisted living center. Then, the pandemic hit. Hospice staffers stopped coming. The home health aide quit. The assisted living center went on lockdown. Not visiting Adler was unimaginable, so Elon kept him at home, remaining responsible for his care.

“I lost 20 pounds in four months,” she said. “It was incredibly demanding work, caring for him.”

Meanwhile, another crisis was brewing. In Kankakee, Illinois, Elon’s sister, Melissa Davis, was dying of esophageal cancer and no longer able to care for their 96-year-old mother, Betty Davis. The two had lived together for more than a decade, and Davis—diagnosed with dementia—required significant assistance.

Elon sprang into action. She, along with two of her other sisters, moved their mother into an assisted living facility in Kankakee. Elon also decided to relocate a few hours away, moving to a continuing care retirement community in Milwaukee. “It was time to leave the East Coast behind and be closer to family,” she said.

By the end of May, Elon and her husband were settled in a two-bedroom apartment in Milwaukee, with a balcony looking out over Lake Michigan. The facility had a restaurant downstairs that delivered meals, a concierge service, a helpful hospice agency in the area, and other amenities that relieved Elon’s isolation.

“I finally had help,” she said. “It was like night and day.”

Previously bedbound, Adler would transfer to a chair with the help of a lift—one couldn’t be installed in their Maryland home—and look contentedly out their window at paragliders and boats sailing by.

“In medicine, we often look at people who are profoundly impaired and ask, ‘What kind of quality of life is that?’” Elon said. “But even though Bill was so profoundly impaired, he still had a strong will to live and retained the capacity for joy and interaction.” If she hadn’t been by his side day and night, Elon said, she might not have appreciated this.

During this time, her mother moved to an assisted living center outside Milwaukee to be nearer to Elon and other family members. But things didn’t go well. The facility was on lockdown most of the time, and staff members weren’t especially attentive. Concerned about her mother’s well-being, Elon took her out of the facility and brought her to her apartment in late December.

For two months, she tended to her husband’s and mother’s needs. In mid-February, Adler, then 81, took a sharp turn for the worse. Unable to speak, his face set in a grimace, he pounded the bed with his hands, breathing heavily. With the help of hospice workers, Elon began administering morphine to ease his pain and agitation.

“I thought, ‘Oh, my God, is this what we ask families to deal with?’” she said. Though she had been a hospice medical director, “that didn’t prepare me for the emotional exhaustion and the ambivalence of giving morphine to my husband.”

Elon’s mother was distraught when Adler died 10 days later, asking repeatedly what had happened to him and weeping when she was told of his passing. At some point, Elon realized her mother was also grieving all the losses she had endured over the past year: the loss of her home and friends in Kankakee; the loss of her daughter Melissa, who’d died in May; and the loss of her independence.

That, too, was a revelation made possible by being with her every day.

“The dogma with people with dementia is you just stop talking about death because they can’t process it,” Elon said. “But I think that if you repeat what’s happened over and over, and you put it in context and you give them time, they can grieve and start to recover.”

“Mom is doing so much better with Rebecca,” said Deborah Bliss, 69, Elon’s older sister, who lives in Plano, Texas, and who believes there are benefits for her sister as well. “I think having [Mom] there after Bill died, having someone else to care for, has been a good distraction.”

And so, for Elon, as for so many families across the country, a new chapter has begun, born out of harsh necessities. The days pass relatively calmly, as Elon works and she and her mother spend time together.

“Mom will look out at the lake and say, ‘Oh, my goodness, these colors are so beautiful,’” Elon said. “When I cook, she’ll tell me, ‘It’s so nice to have a meal with you.’ When she goes to bed at night, she’ll say, ‘Oh, this bed feels so wonderful.’ She’s happy on a moment-to-moment basis. And I’m very thankful she’s with me.”