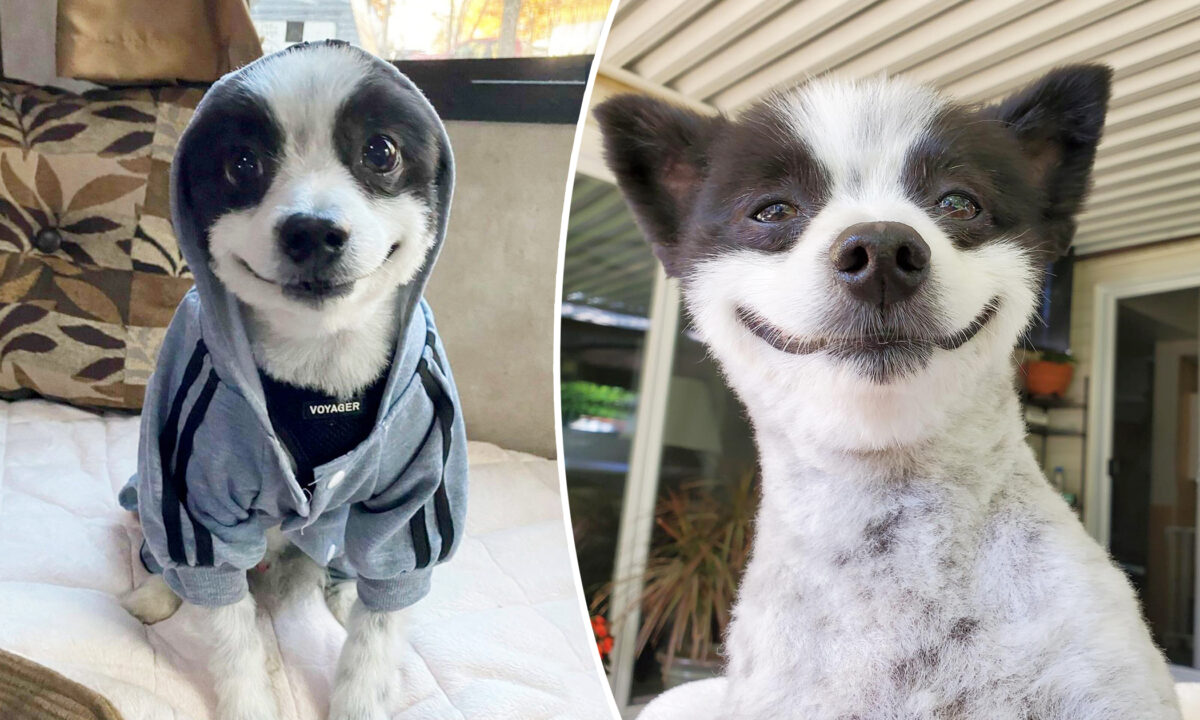 Adorable Dog With Permanent Smile Becomes Star on Instagram—Family Says: ‘Everything to Him Is a Celebration’

A senior pup with a perennial smile is warming hearts across the nation.

Nine-year-old Pomeranian Chevy lives with the Denlinger family in Kettering, Ohio, and has been unflappably happy since he was a puppy. Owners Tina and Bart Denlinger adopted Chevy at 12 weeks old, after losing their beloved golden retriever.

“My husband and I were looking for a companion for our little female corgi mix, and found an ad in the paper,” Tina, 60, told The Epoch Times. “We first saw his smile when we went to pick him up from the veterinarian’s office after he was neutered.

“When they carried him out and he saw my husband, he broke out into the biggest grin. Everyone in the office laughed, and couldn’t believe the smile on his face.”

According to Tina, Chevy is as sharp as he is smiley. At 6 o’clock every evening, he reminds his family it’s time for doggy breakfast by spinning in circles and throwing his toys into the air. When the cabinet door opens, said Tina, “it’s party time.”

He loves the outdoors, too; between April and November each year, Tina and Bart go camping at weekends—and Chevy rides shotgun in their golf cart in his harness and sun visor “like he’s in a parade.”

The little pup only ever swaps his smile for a pout if he has to stay home when the couple leave the house.

“We have never had the pleasure of owning a dog that is so upbeat and acts like a puppy,” Tina reflected. “Everything to him is a celebration.”

Chevy’s smile went stratospheric after Tina, a retired assistant production manager, uploaded a picture of the sweet Pomeranian in a Halloween costume to a dog Facebook group, because he had won first place in a competition. Reactions were so positive, and so many, that Tina started Chevy his very own Instagram page.

Now, over 7,000 netizens are following the smile-inducing pooch.

“A school teacher said that he starts his kids’ class every day with Chevy’s picture, to set the mood for kindness and positivity,” Tina told the newspaper. “I also had a lady reach out to say it helps her mother, who is very sick, to put a smile on her face. Some people have told me they use his picture as a screensaver.”

For Tina, Chevy is the “cuddle bug” that never tires of affection, enjoying others as much as they enjoy him.

“He just loves everyone, and just the reaction on their faces is fun to see,” she said.