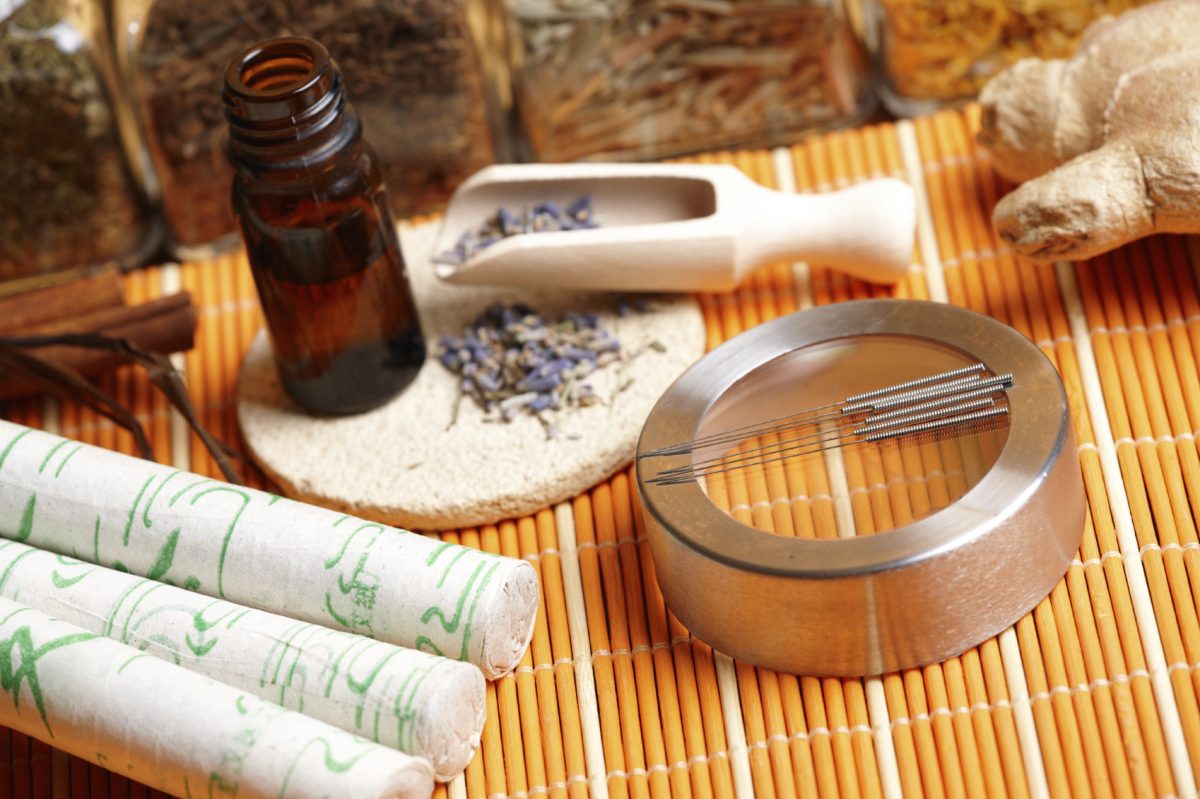 According to Traditional Chinese Medicine (TCM) theory, most intractable tinnitus cases are comprised of patients with excess syndromes. In biomedical terms, excess syndromes can be measured as a form of hyperactivity of the sympathetic nervous system. The TCM related excess syndromes for tinnitus are often caused by depression, stagnation of Liver qi, excessive anger or fear and may lead to a blockage of the Shaoyang Meridian.

Deficiency syndromes also cause to tinnitus. Deficiency syndromes are mostly caused by a weak constitution due to chronic disease, deficiency of qi and blood, excessive work or excess sexuality that results in insufficient Kidney essence that is unable to nourish the ears. Therefore, acupuncture is usually applied to acupoints on the Hand and Foot Shaoyang channels circling ears. The blocking of channels is often severe for patients with intractable tinnitus and ginger, which warms and unblocks channels and tracts, can improve circulation in the ears especially when combined with moxibustion.

The researchers treated 34 patients whose courses of illness ranged from 4 months to 11 years.

Prior to the study, physical examinations had ruled out the possibility that their tinnitus was caused by certain diseases such as illness in the auricle and middle ear, acoustic neuroma, sclerosis, head injuries, anemia, diabetes, thyroid hypofunction, low blood sugar, autoimmune disease and vascular spastic diseases.

The blocking of channels is often severe, and ginger, which warms and unblocks channels, can improve circulation in the ears.

During the acupuncture treatment, needling was applied to TB17 (Yifeng), GB2 (Tinghui), SJ21 (Ermen), SI19 (Tinggong), LU7 (Lieque), GB43 (Xiaxi), SJ3 (Zhongzhu), LR3 (Taichong) and GB40 (Qiuxu). Acupuncture points TB17, GB2 and SJ21 were needled unilaterally on the affected side. If the tinnitus was unilateral, the patient rested on one side; if the tinnitus was bilateral, the patient rested in a supine position. Filiform needle length was 40mm and all needles were quickly inserted. Reinforcing or reducing manipulation techniques were chosen to achieve deqi according to the differential diagnosis. Electroacupuncture was applied to the acupoints around the ears using a continuous wave and needling was retained for 30 minutes. The acupuncture treatment was administered once a day for 10 days comprising 1 course.

Ginger moxibustion was applied simultaneously with acupuncture. Large pieces of ginger were sliced into 1cm thick cubes, each had a small needle-punctured hole in the center. Then, the researchers made pagoda shaped moxa bars using dried moxa, put them on the ginger pieces, ignited them, placed them on the outer auricle and moved the positions of the ginger pieces until the moxa burnt out. Two moxa bars were used for every treatment. One treatment was administered per day for a period of 10 days.

A total of 34 patients were treated in this study. After the treatment averaging 17 days, 22 patients (64.17%) fully recovered, 5 patients (14.71%) showed marked improvements, 4 patients (11.76%) showed moderate improvements and 3 patients (8.82%) showed no improvements. The overall effective rate was 91.18%. Within 4 months following the treatment, 27 patients in this study experienced no worsening of symptoms or recurrence. Based on the outcomes, the researchers concluded that acupuncture and ginger moxibustion have a significant curative effect on patients with intractable tinnitus. The researchers note that widespread adoption of this clinical treatment protocol is warranted based on the positive patient outcomes.