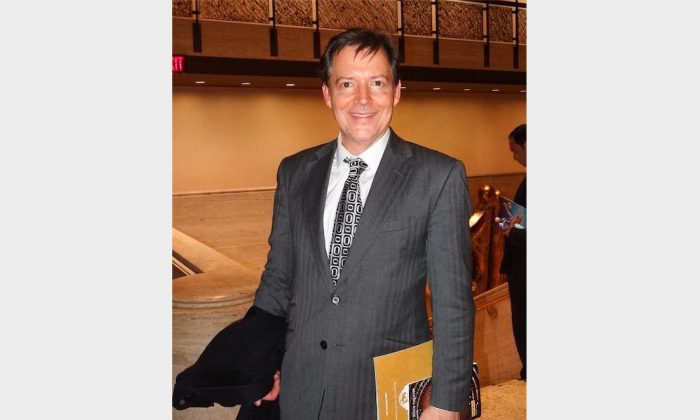 NEW YORK—Actor Robert Mobley’s experience with Shen Yun Performing Arts was memorable—he found that his eyes were not the only thing opened by the cultural splendor presented in the performance.

“It opened my heart and my soul and my eyes to a whole beautiful ancient culture that seems very alive and active today,” he said. “And the dancing was beautiful—Oh!”

Mr. Mobley, a veteran actor who has appeared in films including “The Commission” and television series including “Law & Order,” took in Shen Yun at Lincoln Center on Friday night.

Shen Yun, based in New York, takes audiences on a journey through 5,000 years of Chinese culture through classical Chinese dance and an accompanying orchestra.

“Sophisticated dance techniques, an orchestra joining instruments from both the East and West, beautiful costumes, and a stunning back drop—this is Shen Yun at first glance. But digging deeper, one discovers a sea of traditional Chinese culture. Mortals and divine beings merge on stage as one,” explains the company’s website.

“Principles such as benevolence and justice, propriety and wisdom, respect for the heavens, and divine retribution, all come to life, washing over the audience. Originating from Confucianism, Buddhism, and Taoism, these ideals are the essence of traditional Chinese culture,” says the site.

Mr. Mobley said that he would remember “the spirit of the Chinese people” that he saw in the performance.

The ancient culture was nearly decimated by the ruling communist regime, but is being revived by Shen Yun.

He said he would also take home “a lot of good memories.”

“Very inspirational. It makes me feel good after the show. I feel really good,” he added.

“I will definitely come back every year.”