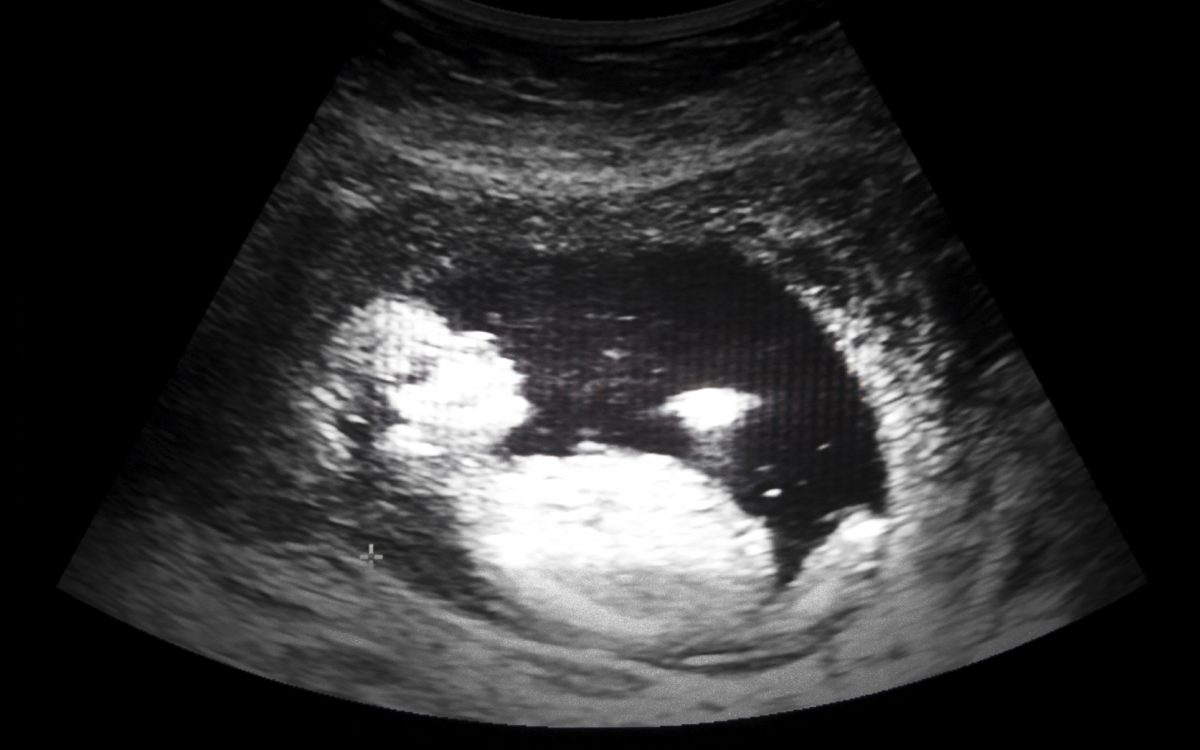 A file photo of an ultrasound film of a 13-week fetus. (Kornn Photo/iStock)
Health Viewpoints

Abortion is front and center in American news these days. As Americans figure out what the recent Supreme Court ruling against Roe v. Wade means for abortion access for women in each state, we mourn for the hundreds of millions of women in China who the Chinese Communist Party forced to have abortions against their will and the girl babies in China who have been killed just for being female.

The Chinese Communist Party’s draconian one-child policy, which lasted until 2016, had unexpected consequences. Since male offspring are more valued in China than female, women who found out they were having a girl often sought out abortions.

Male children are seen as continuing the family line, while girls become part of their husband’s family upon marriage, so having a female only child was perceived as a dead end for the family.

As hard as it is to believe, forced by the CCP under the strict one-child policy, doctors also committed infanticide of Chinese baby girls after they were born. Indeed, we have reports of babies being suffocated to death or drowned. Again, these would mostly be girls.

Finally, many Chinese girls were adopted out to Western families so native Chinese could try again to conceive a boy child. The 1990s saw a flood of Chinese girls up for adoption for Westerners who wanted children but could not conceive on their own.

While these children, who are young adults now, brought tremendous happiness to their adopted families, it is also a source of great sadness to many to see so many unwanted baby girls.

These misogynistic practices have led to a gender imbalance in modern day China. For the generations born during the one-child policy, there are six males for every five females. As the Global Times reported in 2020, today there are 30 million more men in China than women.

And the people born during the policy are now from ages 7 to 42 years old. They are childbearing now and those likely to have children in the coming decade. So now we have a CCP-created demographic crisis of a different ilk.

To compound the problem, women in China who want to have children are also facing fertility issues at unprecedented rates, according to research published in March of 2022.

And it will get worse in the coming decades, as the whole cohort of one-child era births comes into childbearing years.

According to research published in The Lancet, while China remains the world’s most populated nation, its population will likely be cut by half by 2100.

This would create a demographic inverted pyramid, with a very small population of working age trying to support an enormous elderly population, which, in turn, could lead to an economic disaster that will have ripple effects throughout the world.

In January of 2021 China’s birth rate hit a historic low. Fewer children were born than even during Mao’s so-called Great Leap Forward of the early 1960s, which caused a famine that resulted in millions starving to death and a desperate drop in births.

A Change of Tune

Partly because of what the BBC calls a “jaw-dropping global crash in children being born,” fueled by concerns of a demographic crisis, now the CCP has changed its tune.

Those in the ruling class in China are doing everything they can to propagandize young families into having more children in order to increase the population.

In 2016 the policy changed from one to two children per couple, and in 2021 it was briefly three children before the limit was removed entirely.

The CCP now wants to encourage people to have more children. So young men who would like to start families are looking for wives.

No Women to be Had

As the Chinese population’s gender imbalance continues, the problem gets magnified. Many men from the one-child cohort have been unable to find wives. But they may not stop trying until past age 50, so they stay in the pool of bachelors. At the same time, women biologically age out of the pool of potential mothers.

So, instead of six men competing for every five women, in the future there may be more like 10 men from a wide range of ages, outnumbering fertile women 2 to 1.

For those who are able to start families and have children, 40 years of one-child policy have changed women’s expectations, normalizing having very few children.

Add to this the fact that economic pressure is making many women reconsider having children at all.

More children cost more, but the government is doing nothing to ease economic pressure or provide free childcare.

Education is so competitive that many families spend all they can afford on tutoring and other programs to help their kids succeed.

So China has a broad swath of men desperate to have children—or even any relations with women—with so few prospects that their needs cannot be met. The misogyny has hurt them too. These men are now spending their lives in loneliness.

Paying for brides from abroad has become big business, and resulted in human trafficking on a grand scale. Women are tricked by being told they will be given work, and then sold for thousands of dollars to men who can control them based on their precarious legal status. Other women are looking for marriage with well-to-do Chinese. But when these men pay large amounts to be connected with them, they often treat them as possessions.

Some men have become so frustrated that they have resorted to violence to find wives.

Early this year, a video of a woman chained in a village shack captured the attention of the Chinese, gaining more views than the Olympics.

In this farming village in Jiangshu Province, some men in the village who couldn’t find wives would buy women from smugglers. The video prompted people across China to come forward about their own female loved ones who had disappeared or been abducted.

The woman in the video suffered from mental illness, and had borne eight children to some of the many men who had raped her.

Absolute power corrupts absolutely and always comes with tyranny. The CCP has absolute power in China. They forced women to have abortions, took away freedom from people in Hong Kong, persecuted Falun Gong practitioners, and they imprisoned millions of Uyghurs in Xinjiang. Atrocities like these are not just part of the past. Exploitation, censorship, silencing, and extreme restrictions on people’s freedom continue to this day.

Now, in America, there are powerful people with vested interests using abortion, COVID, racism, gun violence, and other controversial issues as excuses to polarize people and propagandize them, working to give the already too-powerful government more power.

Don’t get duped. Be careful. We must not make the mistake of believing that a centralized, all powerful government will look out for our best interests or keep us safe.