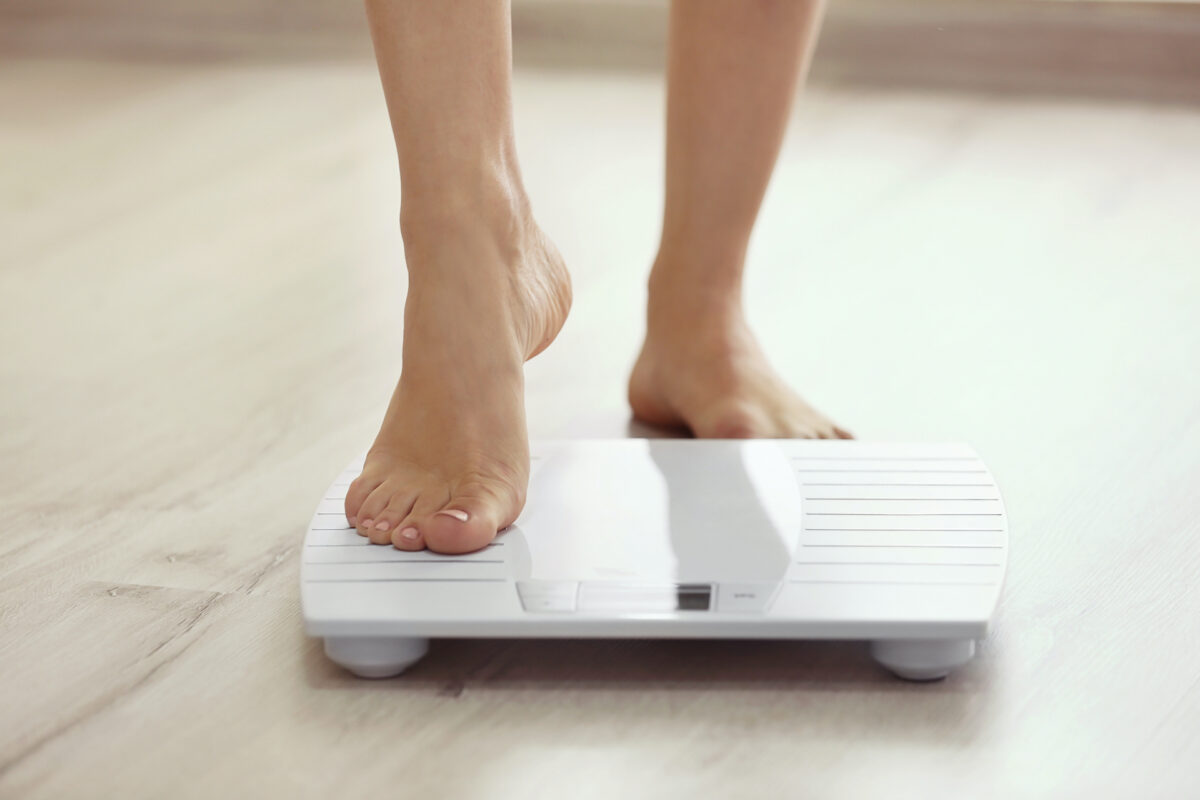 What is the obesity situation of Americans? The data appear to be quite startling.

According to the latest published data, the results of the United States National Health and Nutrition Examination Survey (NHANES) show that among Americans aged 20 and above, 42.5 percent are obese, and 31.1 percent are overweight. Together, they account for 73.6 percent of this population.

This means that approximately 3 out of 4 adults are overweight or obese. Along with the general trend of obesity, there is another interesting phenomenon. According to Gallup’s latest survey data, more than half of people in the United States felt that their weight was normal during the period from 2017 to 2021, and only 41 percent of people considered themselves overweight.

Surprising Causes of Overweight and Obesity

Similar to this situation of a large number of people being unaware of their own weight problems, we actually don’t have sufficient knowledge regarding the causes of obesity, either.

However, the application of this basic theory is insufficient to treat and reverse obesity.

In recent years, with the deepening of the scientists’ understanding of the intestinal microbiome, the intricate relationships between intestinal bacteria and some diseases, including obesity, began to reveal themselves.

There are approximately 3.8 x 1013 bacteria in the human body, with a total mass of about 0.2 kg. Most of them exist in the intestines. In adults, there are more than 1,000 types of bacteria in the intestines. One of the determinants whether a person will become fat is his or her intestinal bacteria. When his or her intestinal microbiota are imbalanced, they can cause the person to become obese.

Animal studies have found that lab rats with imbalanced intestinal microbiota had a 20 percent increase in body weight.

Scientists at the University of Washington published a study in the journal Nature in 2006. According to the study, specific gut microbiome were more capable to absorb energy from the diet, and an “obese microbiota” had caused more whole-body fat gain in rats than a “lean microbiota.”

Obese people have a completely different composition of intestinal microbiota compared to healthy people. There’s a significant reduction in Bifidobacterium, anti-inflammatory Faecalibacterium, and butyrate-producing Ruminococcaceae, which are all “good” bacteria, in the intestines of obese individuals. And at the same time, Bacillus and potentially opportunistic pathogens such as Fusobacterium and Escherichia-Shigella had significantly increased in obese people.

Further observations revealed that changes in specific intestinal microbiomes can lead to changes in enzyme and short-chain fatty acid production, which can affect insulin and glucose regulation and ultimately lead to obesity. One study transplanted the feces of pairs of twin volunteers discordant for obesity into different rats. As a result, under the same diet and living conditions, the rats that received the transplanted feces of the obese volunteers became fat, and the rats received feces from thin volunteers remained slim.

Another human experiment proved that after receiving intestinal bacteria from lean people, the insulin sensitivity of some obese diabetics was increased, and their intestinal bacterial diversity improved, and the structure of their gut microbiome also changed, with an increase in butyrate-producing bacteria and bacteroides.

Some hormones are closely related to appetite. And the control of food intake is regulated by the neurological and hormonal signals between the intestinal tract and the central nervous system. The concentration of hormones such as glucagon-like peptide (GLP), oxyntomodulin (OXM), leptin, peptide tyrosine-tyrosine (PYY), and cholecystokinin (CCK) increases in blood after a person eats. They send signals to important areas of the central nervous system involved in appetite control. Moreover, the concentration of these hormones is influenced by the caloric content and composition of a meal.

There are many hormones that affect body weight; below are a few examples:

Glucagon-like peptide is produced in the intestinal tract, when food enters the intestines. It stimulates the release of insulin and inhibits glucagon, thus keeping blood sugar stable and making people feel satiated.

Studies have shown that obese people may have problems with the signaling of this hormone. Currently, there is a type of glucagon-like peptide receptor agonist that has been approved for the treatment of obesity.

Leptin is also a satiety hormone, produced and secreted by adipose tissues, and is directly related to the amount of body fat. Leptin would tell the brain that the stomach is already full. However, obese people have higher leptin levels than people with normal body weight, which may be the reason why they have leptin resistance, and are able to eat more food, which in turn causes leptin to keep rising.

Peptide tyrosine-tyrosine is another satiety hormone produced in the intestinal tract that can reduce appetite. The level of peptide YY secretion is proportional to the amount of fat consumed during meals. Compared to people with normal body weight, obese people secrete less peptide YY after meals, which may lead to uncontrolled over-eating of food.

Growth hormone-releasing acylated peptide, also known as ghrelin, is an appetite stimulating hormone. It sends signals to the hypothalamus in the brain to indicate that the stomach is empty and food is needed. Its level in the body rises one to two hours before a meal and decreases shortly afterwards.

If ghrelin is injected into the body, this will increase the individual’s food intake, reduce his or her resting energy expenditure, and decrease his or her catabolic metabolism of adipose (fat storage) tissues. Interestingly, obese individuals have lower levels of ghrelin, but their bodies are more sensitive to its effects than average. This sensitivity may lead to overeating.

According to the aforementioned information, there are three ways to lose weight and suppress weight gain:

Since the human body does not have certain enzymes, our body cannot digest some complex carbohydrates such as fiber and resistant starch. However, these substances are the food for many good bacteria in the intestines.

Consuming food rich in fiber and resistant starch, such as whole grains, beans, fruits, and vegetables can stimulate the growth of these good bacteria. The intestinal microbiome of obese people, including probiotics such as Bifidobacterium, anti-inflammatory Faecalibacterium, and butyrate-producing Ruminococcaceae, are significantly less than that of non-obese people.

Scientists have grown bifidobacteria with fibers extracted from artichokes and found that the growth rate of bifidobacteria was twice as fast as that of the same bacteria cultivated with glucose. Several other studies have also shown that whole grains promote the growth of the good bacteria, including Bifidobacterium, Lactobacillus, and bacteroides.

Fermented foods such as yogurt, kimchi, and sauerkraut can improve our intestinal microbiome by providing us with direct access to probiotics and inhibiting the growth of bad bacteria.

In addition, direct supplementation of probiotics can increase the levels of satiety hormones. A joint study confirmed that the release of glucagon-like peptides-1 and -2 increased by 76 percent and 43 percent, respectively, in subjects who take Lactobacillus reuteri SD5865 daily, compared to those taking placebo.

Many dietary experiments have fully demonstrated the effect of protein diets on weight loss.

A high-protein diet allows the body to more easily generate and release satiety hormones, while reducing the level of ghrelin, and thus better controlling the diet rhythm.

Among the protein-rich foods, yogurt and milk can increase the circulating concentration of glucagon-like peptides in the body.

The same effect has been observed with eggs. In a study, 156 obese adolescents were randomly divided into two groups, and they ate eggs or steamed buns with the same energy level (caloric intake) for breakfast. The results showed that the subjects who ate eggs had an increased sense of satiety, reduced their lunch intake, and experienced a weight loss. This was significantly associated with an increase of satiety hormones in their serum.

Specifically, the blood levels of peptide YY and glucagon-like peptide increased in adolescents who ate eggs. These levels were well maintained even three hours after the meal. The increase of peptide YY was even maintained at a high level of 66 percent, which was much higher than the level of 18 percent in the group that consumed buns. The postprandial glucagon-like peptide of the adolescents who ate buns rose rapidly and then fell rapidly.

Leptin: A number of American university researchers conducted systematic research and a meta-analysis on the impact of exercise on leptin, and they discovered that long-term exercise (lasting more than two weeks) can alleviate the body’s leptin resistance and adjust the leptin level to a reasonable range.

Growth hormone-releasing peptide: Experimental evidence shows that aerobic and resistance exercises can reduce the concentration of ghrelin. Some Danish scientists have tested elite athletes and healthy individuals and found that exercise lowered serum levels of ghrelin in both groups.

In addition, regular sleep, the maintenance of a proper body weight and stress reduction can all help the body maintain its hormonal balance.