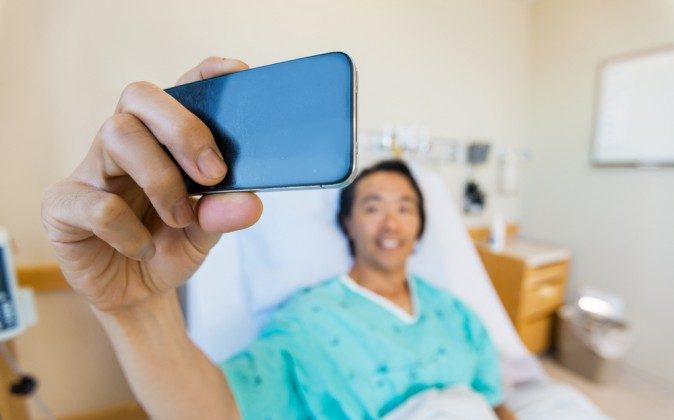 A Stroke Diagnosis via Selfie (Video)

Many of us have had those mystifying health scares. Like the proverbial car noise at the mechanic, the excruciating stomachache just doesn’t yield anything definitive when the doctor runs blood tests. So we’re sent home with a recommendation to take Pepto but without a clear answer.

The face of Stacey Yepes, a 49-year-old woman in Toronto, froze in place in April. She, like any frozen-faced person would understandably do, went to the emergency room. But the doctors couldn’t find anything wrong with her, so they told her to go home and manage her stress better, as the CBC reported.

Good advice! But the sensation came back two days later, and this time Yepes was ready with her smartphone:

“It’s happening again,” she said, “I don’t know why this is happening to me.” She said the time, demonstrated how hard it was for her to talk, touched her nose, and held up her left arm to show how stiff her fingers were. In short, everything you would do in those first few high-pressure minutes in a doctor’s office, she did for the camera.

She then headed to a nearby hospital, where she was referred to yet another hospital’s stroke center. The video convinced the doctors at the center that she was having a transient ischemic attack, otherwise known as a mini-stroke—a diagnosis that was later confirmed by MRI.

“In all my years treating stroke patients, we’ve never seen anyone tape themselves before,” Cheryl Jaigobin, the stroke neurologist at the hospital’s Krembil Neuroscience Center, told CBC. “Her symptoms were compelling, and the fact she stopped and found a way to portray them in such a visual fashion, we were all touched by it.”

It’s not clear why the first ER didn’t pick up on the stroke. But Yepes’ experience shows the potential for smartphones and other devices to go where doctors can’t.

*Image of “patient” via Shutterstock