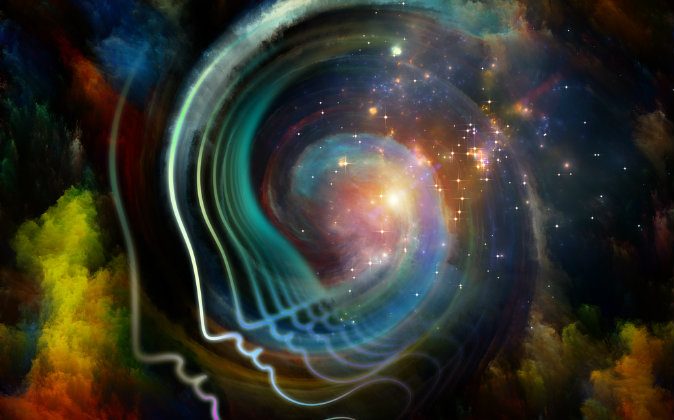 Henry P. Stapp is a theoretical physicist at the University of California–Berkeley who worked with some of the founding fathers of quantum mechanics. He does not seek to prove that the soul exists, but he does say that the existence of the soul fits within the laws of physics.

It is not true to say belief in the soul is unscientific, according to Stapp. Here the word “soul” refers to a personality independent of the brain or the rest of the human body that can survive beyond death.  In his paper, “Compatibility of Contemporary Physical Theory With Personality Survival,” he wrote: “Strong doubts about personality survival based solely on the belief that postmortem survival is incompatible with the laws of physics are unfounded.”

Stapp noted of his own concepts: “There has been no hint in my previous descriptions (or conception) of this orthodox quantum mechanics of any notion of personality survival.”

Why Quantum Theory Could Hint at Life After Death

Stapp explains that the founders of quantum theory required scientists to essentially cut the world into two parts. Above the cut, classical mathematics could describe the physical processes empirically experienced. Below the cut, quantum mathematics describes a realm “which does not entail complete physical determinism.”

Of this realm below the cut, Stapp wrote: “One generally finds that the evolved state of the system below the cut cannot be matched to any conceivable classical description of the properties visible to observers.”

So how do scientists observe the invisible? They choose particular properties of the quantum system and set up apparatus to view their effects on the physical processes “above the cut.”

The key is the experimenter’s choice. When working with the quantum system, the observer’s choice has been shown to physically impact what manifests and can be observed above the cut.

Stapp cited Bohr’s analogy for this interaction between a scientist and his experiment results: “[It’s like] a blind man with a cane: when the cane is held loosely, the boundary between the person and the external world is the divide between hand and cane; but when held tightly the cane becomes part of the probing self: the person feels that he himself extends to the tip of the cane.”

The physical and mental are connected in a dynamic way. In terms of the relationship between mind and brain, it seems the observer can hold in place a chosen brain activity that would otherwise be fleeting. This is a choice similar to the choice a scientist makes when deciding which properties of the quantum system to study.

The quantum explanation of how the mind and brain can be separate or different, yet connected by the laws of physics “is a welcome revelation,” wrote Stapp. “It solves a problem that has plagued both science and philosophy for centuries—the imagined science-mandated need either to equate mind with brain, or to make the brain dynamically independent of the mind.”

Stapp said it is not contrary to the laws of physics that the personality of a dead person may attach itself to a living person, as in the case of so-called spirit possession. It wouldn’t require any basic change in orthodox theory, though it would “require a relaxing of the idea that physical and mental events occur only when paired together.”

Classical physical theory can only evade the problem, and classical physicists can only work to discredit intuition as a product of human confusion, said Stapp. Science should instead, he said, recognize “the physical effects of consciousness as a physical problem that needs to be answered in dynamical terms.”

How This Understanding Affects the Moral Fabric of Society

Furthermore, it is imperative for maintaining human morality to consider people as more than just machines of flesh and blood.

In another paper, titled “Attention, Intention, and Will in Quantum Physics,” Stapp wrote:  “It has become now widely appreciated that assimilation by the general public of this ‘scientific’ view, according to which each human being is basically a mechanical robot, is likely to have a significant and corrosive impact on the moral fabric of society.”

He wrote of the “growing tendency of people to exonerate themselves by arguing that it is not ‘I’ who is at fault, but some mechanical process within: ‘my genes made me do it’; or ‘my high blood-sugar content made me do it.’ Recall the infamous ‘Twinkie Defense’ that got Dan White off with five years for murdering San Francisco Mayor George Moscone and Supervisor Harvey Milk.”

*Conceptual image of the soul via Shutterstock