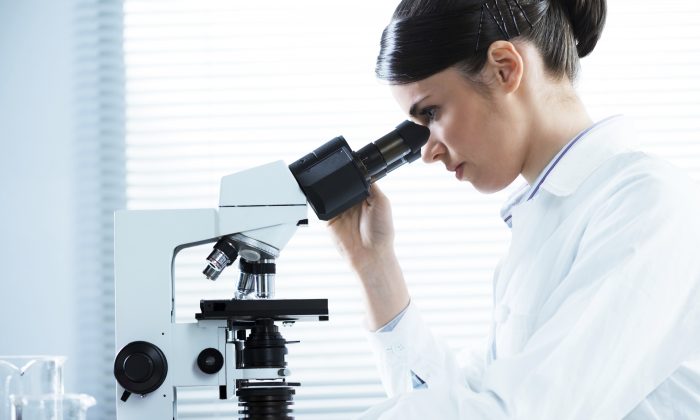 A New Understanding of the Cause of Cancer

You probably learned in school that cancer is caused by the mutation of cells that grow out of control causing tumors.

This view was first suggested in 1928 and has held pretty fast in the minds of the medical and scientific communities for some 85 years, despite the fact that this mutation theory has been proven true for less than 10 percent of cancers.

With some cancers, even fewer mutations are associated with their development. For example, only about 1 percent of gastric cancers are caused by mutations, and only 3–5 percent of colon cancers. For breast cancer patients with the BRCA gene, only about 8 percent are caused by mutations of this gene. (Angelina Jolie copycats contemplating extreme preventive medicine take note.)

“Cancer is thought of as being triggered in 5–10 percent of cases by mutations; 15 percent by infections; with the remaining 80 percent deemed to be sporadic, a euphemism for having an ‘unknown cause,'” said Dr. Björn L.D.M. Brücher, one of the authors of a paper that presents a new hypothesis of the genesis for the majority of cancers.

Dr. Brücher is a professor of surgery and medical director at the Bon Secours Cancer Institute in Richmond, Va. The other author of the paper, Dr. Ijaz S. Jamall, is the president and principal scientist with Risk-Based Decisions, Inc., in Sacramento, Calif.

However, despite the fact that we don’t know what causes 80 percent of cancers, the majority of funding for cancer research goes toward studying mutations instead of other causes, the authors say.

Dr. Brücher used the analogy that the mutations are like apples we’ve found in a car and just assumed they grew there.

Could cancer also be caused by chronic inflammation, just like arthritis and heart disease?

Although Dr. Brücher and Dr. Jamall have known each other for many years, and have long been exposed to new ideas about cancer through work with the Theodor Billroth Academy, an international research organization that is more open-minded than most, the researchers say they never planned on developing a new cancer hypothesis. It came to them out of a degree of frustration.

“There was so little progress in clinical oncology [cancer research] where every new drug approved by the FDA to treat this or that cancer extended the life of cancer patients by a few weeks or a few months, but were being touted as ‘huge successes or breakthroughs,’ when it in fact has little impact,” Dr. Brücher said in a telephone interview.

The new cancer hypothesis provides the missing explanation, as the authors see it, for the origin of the majority of cancers. The paradigm takes into consideration biochemical and physiological processes, including communication between cells, as well as cell-signaling information.

The new paradigm is summarized in a sequence of six steps:

“(1) A pathogenic stimulus (biological or chemical) leads at first to a normal reaction seen in wound healing, namely, inflammation. When the inflammatory stimulus is too great or too prolonged, the healing process is unsuccessful, and that results in (2) chronic inflammation.

“That’s just the beginning. When chronic inflammation persists, (3) fibrosis [thickening and scarring of the connective tissue,] develops. The fibrosis, with its ongoing alteration of the cellular microenvironment is different and creates (4) a precancerous niche, resulting in a chronically stressed cellular matrix. In such a situation, the organism deploys (5) a chronic stress escape strategy. But if this attempt fails to resolve the precancerous state, then (6) a normal cell is transformed into a cancerous cell.”

Dr. Brücher and Dr. Jamall say that observations in both the plant and animal kingdoms support their hypothesis. The following are some examples:

• The discovery that the bacteria H. pylori, which infects two-thirds of the world population, is a major cause of gastric cancer.

• The finding that viruses such as the Epstein-Barr virus can cause lymphoma.

• Hepatitis B and C infections, which raise the risk of contracting liver cancer, suggest that certain infectious agents play a prominent role in non-hereditary cancers.

The next necessary step is knowing the enemy and providing a more complete explanation for how cancer begins and how it develops.

“If … this hypothesis is plausible, then the majority of findings in the genetics of cancer so far reported in the literature are either late events or sideshows that could have occurred after the development of a precancerous niche,” Dr. Brücher said.

In other words, researchers need to start looking for the tree that grew the apples and where it stands.

At one or more of the steps spelled out in the new paradigm, conditions could be modified to prevent or, at a bare minimum, slow down the progression of many cancers.

“Given that most cancers are diseases of old age, it’s not necessarily beneficial from the patient’s quality of life choices to kill every cancer cell to succeed. By merely slowing or inhibiting the progression of the disease, dramatic public health benefits can be obtained and with less dread on the part of the patient,” Dr. Brücher said.

The author’s older brother, Thomas Edward Grundvig, died of lymphoma cancer on June 16 after a four-year battle against the disease. With his life extended a couple extra years by new pioneering technology at Sloan Kettering in New York City, Tom succumbed to the cancer that was a direct result of being diagnosed with Crohn’s disease in 1990.

While Crohn’s disease is genetic for many, it was not present in any of the previous 10 generations on either side of his Norwegian families. The disease came to Tom after spending a decade working in highway construction in the 1970s, being exposed to leaded gasoline. He was 63 years old.

James Grundvig is the CEO of Cloudnician LLC, a mobile-cloud startup with big data pull, and a contributing writer to Epoch Times.