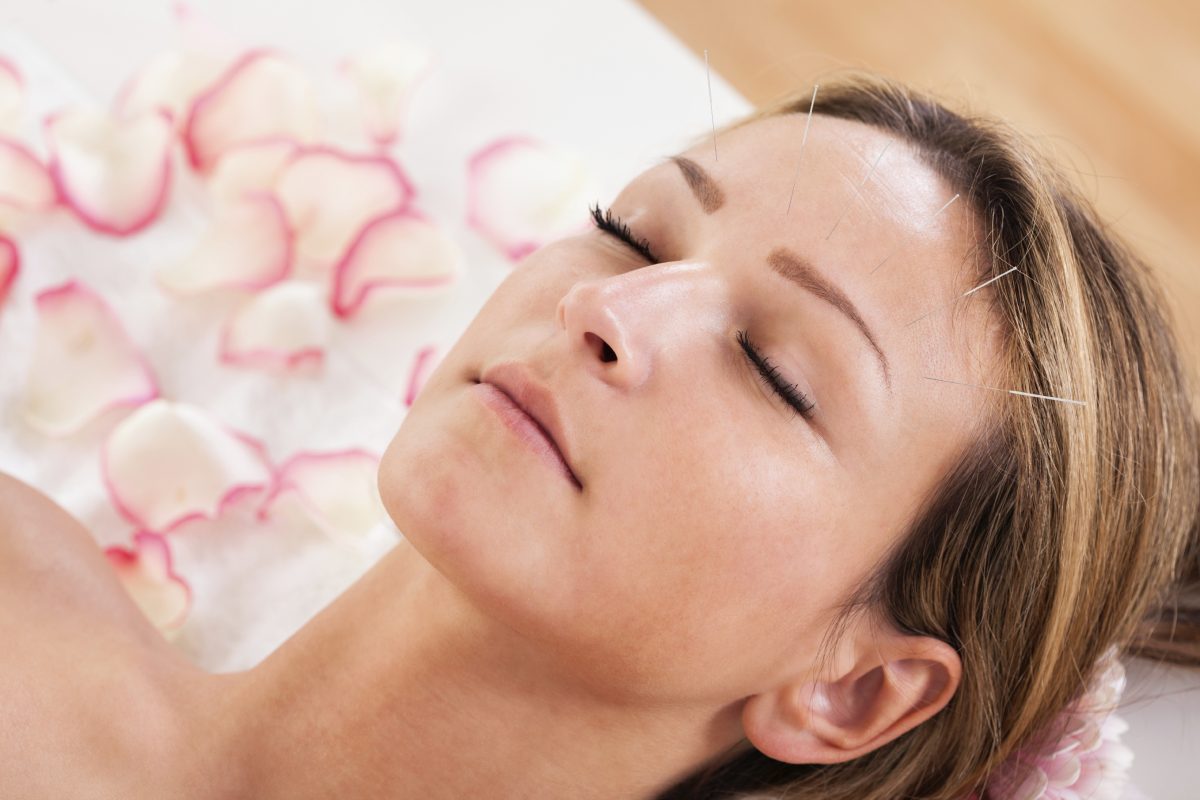 Although Dana Chun, 62, has never had Botox or anti-aging surgery, there are no visible wrinkles on her face. In fact, her 38-year-old son has more wrinkles than she does. Is Chun a Korean Benjamin Button? No, Chun is a Korean facial acupuncturist—and a testament to the effectiveness of her profession.

Twice a year Chun, who’s also a pharmacist and a doctor of oriental medicine, receives facial acupuncture, a natural anti-aging treatment that uses thin, metal needles placed strategically in the face and neck to regenerate the skin.

Wrinkles are caused by a lack of or a decrease in collagen production. When collagen and elastic fibers are unable to regenerate, your skin becomes loose and stiff.

Acupuncture can heal your skin’s fibers naturally. When the needles puncture your skin, your body thinks your face is attacked. As a result, white blood cells gather in your face to restore the old fibers and improve your skin’s elasticity. From the perspective of Chinese medicine, doing acupuncture on the face also helps improve the energetic systems that support vitality.

According to the AOMA Graduate School of Integrative Medicine, which teaches facial acupuncture, the procedure not only removes wrinkles, but can also reduce fine lines, creases, dark circles, and acne scars.

Patients corroborate these claims and also report other health benefits.

It got rid of my smile lines. They’re all gone.
— Ruth Shi, age 40, has received facial acupuncture for four years

“It got rid of my smile lines. They’re all gone,” said Ruth Shi, 40, an accountant who has been receiving facial acupuncture treatment from Chun for the past four years. “It got rid of my dark circles completely too.”

According to Sue Kim, another one of Chun’s clients, facial acupuncture is not only very effective for her face, it has also improved her overall health.

“My body has gotten much better, ” she said. “I was very tired before. I always want to lie down. Now I can exercise. Now I can walk the stairs better. My back pain is gone.”

According to Chinese medicine, there are pathways in the body where energy flows through. Each pathway corresponds to an organ or a group of organs. If energy is blocked in these pathways, it causes illnesses. Acupuncture can clear blocked pathways.

Acupuncture is one of the oldest forms of traditional medicine in the world, with a history of several thousand years. In Chinese medicine, acupuncture commonly serves as a natural pain reliever and is known to heal a variety of illnesses.

Reston, enthused by the pain relief that acupuncture bought him after an emergency appendectomy, wrote about acupuncture after he returned stateside.

According to Chun, acupuncture is a preferable alternative to Botox because it’s not only more natural, but also offers a more permanent solution.

“Your skin has the potential to return to its original state. But because we are always smiling and eating, it’s not given the time to heal,” Chun said. “If you don’t eat or talk for a year, your skin would rejuvenate by itself. This is essentially the effect of acupuncture.”

Your skin has the potential to return to its original state.
— Dana Chun, facial acupuncturist

“Botox changes the eye shape and mouth,” she added. “It looks artificial. Acupuncture doesn’t alter your eyes and mouth.”

Surprisingly, facial acupuncture is not very painful even though it may look excruciating. Shi described the sensation of having needles pinned to her face as a “soft pinch.”

The main downside of acupuncture is that you don’t see immediate results. Compared to anti-aging surgeries, acupuncture takes longer to show results because no chemicals are used. Instead, the focus is on your skin’s natural healing process.

“It is a slow process,” Shi said. “But after six months I saw a lot of results.”

At Chun’s acupuncture clinic, each session lasts two and a half hours and involves a combination of traditional and modern treatments. During a typical session, a client receives acupuncture, non-invasive active cell therapy, and a massage.

For cell therapy, Chun uses a medical technology that releases high-frequency currents on your face to induce the natural production of collagen that lifts and firms your skin. Afterward, clients are treated to a whole body massage.

A client usually comes in for treatment four times a year although this varies depending on age and intensity of wrinkles.

“I have people of all races come for acupuncture treatment,” Chun said. “Even men come.”

Amelia Pang
Journalist
Follow
Amelia Pang is a New York-based, award-winning journalist. She covers local news and specializes in long-form, narrative writing. She holds a Bachelor’s degree in journalism and global studies from the New School. Subscribe to her newsletter: http://tinyletter.com/ameliapang
Website
SHARE
EmailFacebookTweetCopy Link
You May Also Like 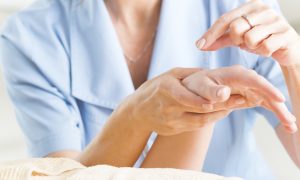 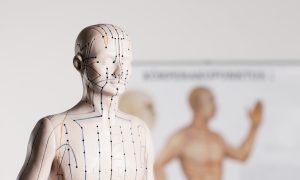