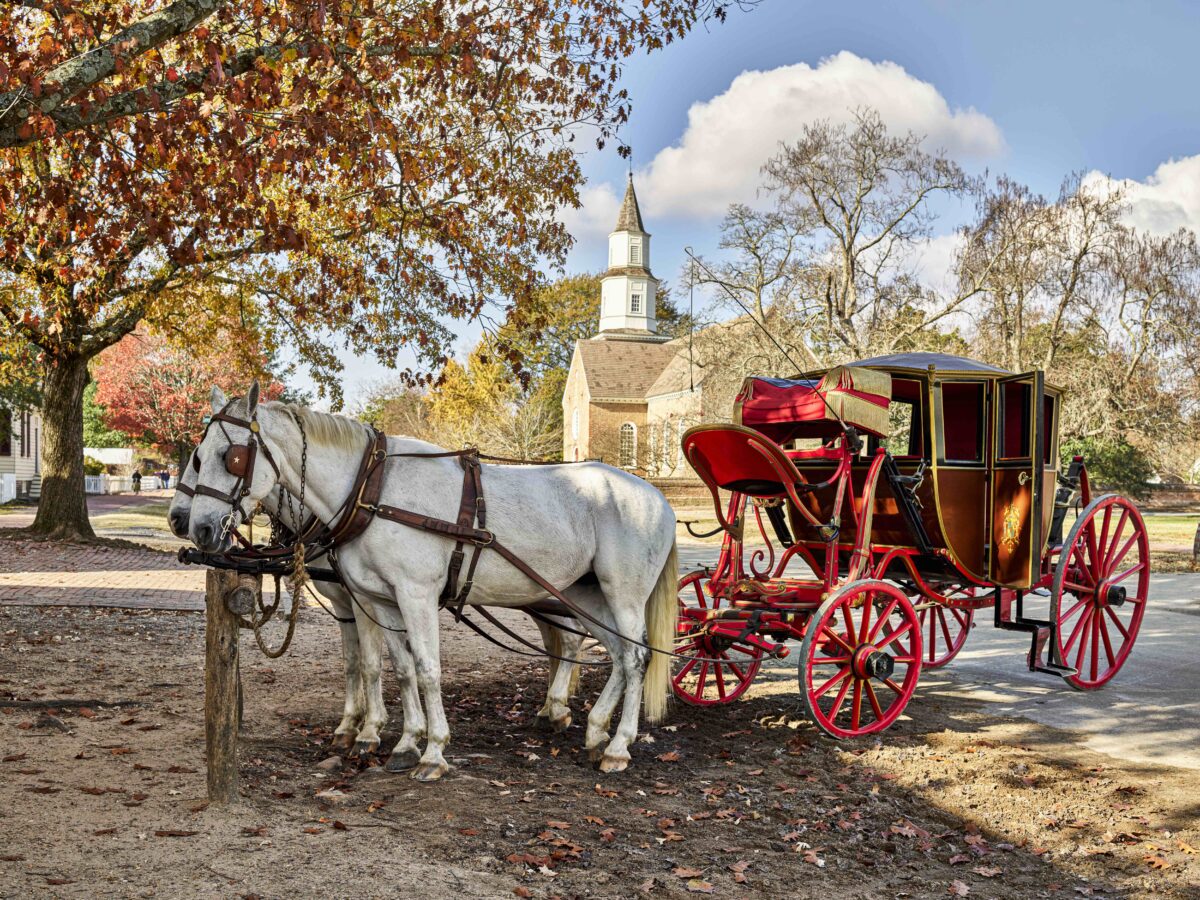 A Mini-Tour of Virginia’s Capital Trail, A 52-Mile Scenic Bike Path That Explores the Country’s History

Cyclists can experience a designated paved path that connects one of the South’s most historic capitals to America’s oldest preserved colonial settlement
BY Deena C. Bouknight TIMEMay 31, 2022 PRINT

Mary Waller, who hails from Columbia, South Carolina, has biked plenty in her 50-plus years. From spots in Florida to Bermuda to Minnesota, Waller seeks out long trails on which to ride her Trek bike. In fact, her Sunday afternoon ritual (weather-permitting) is cycling parts of the Columbia Canal and Riverfront Park path along the Broad River. So when she learned about the Virginia Capital Trail, she made plans to cycle it. In doing so in April 2021, she enjoyed both expected and unexpected circumstances.

The Virginia Capital Trail, completed in 2015, is a 51.7-mile, multi-use, fully paved trail that runs through four jurisdictions: the city of Richmond, Henrico County, Charles City County, and James City County. Cyclists can end their journeys where the Virginia Capital Trail officially ends: at the original 17th-century Jamestown settlement. They can lock up their bikes and take some time to tour the popular historic site. Or, another option is to continue 15 more miles or so along the scenic and mostly quiet Colonial Parkway that runs beside the James River to end up in Williamsburg, where Amtrak offers return trips to Richmond for both cyclists and their bikes.

Before catching the train back to Richmond, however, cyclists can bike all through the popular Colonial Williamsburg living history site, founded in 1699 as the capital of the Virginia Colony. The town was named in honor of England’s King William III; it is considered one of the first planned cities of the Americas and is home to the country’s second oldest college, William and Mary. Since the early 1900s, it has been preserved as a thriving example of colonial life, with bookshops, blacksmiths, craftspeople, taverns, and other skilled interpreters in period clothing.

True-grit cyclists might enjoy the entire 23 miles of the Colonial Parkway, from Jamestown to Yorktown, where the Revolutionary War’s last great battle was fought—and where on October 19, 1781, Britain’s General Charles Cornwallis surrendered his army of some 8,000 men to General George Washington.

All along the Virginia Capital Trail are historic markers galore, as well as bucolic farm scenes and maintained plantation properties. In fact, along the route, there are more than 40 historical markers that describe 400 years of political, social, military, and economic history. Primarily, the Trail captures the essence of Revolutionary War and Civil War activity. Plus, situated near the Trail are the former homes of such prominent historic figures as Presidents John Tyler, William Henry Harrison, and Benjamin Harrison.

While a few areas just outside of Richmond provide opportunities to stop for food, refreshments, and supplies, the Trail’s route is mostly rural or woodsy. But cyclists can download a map from the Virginia Capital Trail Foundation and plan to stop at such points of interest as Upper Shirley Vineyards, where cyclists can enjoy a gourmet meal and wine tasting of old European varieties while overlooking the property’s 16 lush acres; Chickahominy Riverfront Park, which is worth a quick detour to view the James River up close; and Spoke + Art, offering a water and air pump station for cyclists, as well as a specialty gift shop and healthy snacks.

“I didn’t anticipate all the varied scenery, such as vast farmlands, and seeing so much marshland,” said Waller. “Plus, we rode by Chickahominy River and the James River—both of which were so beautiful.”

A highlight for Waller was a halfway, overnight rest at the North Bend Plantation in Charles City, Virginia. Along the Trail are numerous bed-and-breakfast lodging opportunities, and North Bend, built around 1801, is one of those. It affords guests a back-in-time experience in a preserved plantation property, complete with 18th- and 19th-century antiques, including the desk where Union General Philip Sheridan worked when he was billeted at the home during the Civil War.

Another option is the Edgewood Plantation B&B. Built in 1849, the home was once a part of Berkeley Plantation, the ancestral home of Benjamin Harrison, a signer of the Declaration of Independence, as well as his son and great-grandson, former U.S. Presidents William Henry Harrison and Benjamin Harrison. And, on June 15, 1862, Confederate General J.E.B. Stuart stopped at Edgewood for coffee on his way to Richmond to warn General Robert E. Lee of the Union Army’s strength.

North Bend Plantation’s owner, Ridgely Copland (aka “Nanny”), allows cyclists to bring their bikes into the home’s massive entryway. She regales guests with the property’s rich history, including that she is a descendant by marriage (her husband is deceased) of Edmund Ruffin, who fired the first shot of the Civil War at Fort Sumter in April 1881, and of ninth president William Henry Harrison. Union-dug trenches are still preserved at the property.

For the halfway-point evening meal, Waller popped into a country store built in 1872, once known as The Nance-Major Store, that faces the circa 1750 Charles City Courthouse. While the general store provided dry goods, sundries, agricultural supplies, and tools for many years to residents of the local agricultural economy, in 2009 the store was renovated and became Cul’s Courthouse Grille. Besides enjoying made-to-order Southern cuisine, Waller happened to dine at Cul’s during one of its weekly trivia nights.

In Jamestown the next day, Waller stopped for a lemonade sour beer and a sandwich at Billsburg Brewery, before embarking on the Colonial Highway that continues beside the James River, under arched brick bridges, and eventually to Williamsburg. “I wasn’t ready for the trip to end when the Capital Trail ended,” said Waller. She purchased ahead-of-time a train ticket from Williamsburg back to Richmond, where her car was parked. Another return-to-Richmond option, for cyclists who do not want to turn around and backtrack on the Trail, is a ticket on the GRTC Pulse bus.

Waller said she enjoyed the Colonial Parkway almost as much as the Capital Trail. The Parkway, completed in 1957, was created for cyclists and motorists to appreciate expansive views of the James River and surrounding landscape. The maximum Parkway speed limit is 45 miles per hour, so although the designated, paved Capital Trail ends in Jamestown, cyclists can still share the scenic roadway without worrying about fast-moving drivers; plus, the Parkway is rarely congested.

“We [Waller and her cycling companion] took our time and stopped to take a lot of photos of the James River,” said Waller. “Rarely did cars pass us when we were on the Colonial Parkway.”

A few different Virginia Capital Trail social media sites provide feedback and tips from cyclists who have completed the route. A common refrain is that cyclists fail to bring enough water and electrolytes, especially on hot days.

“The greatest challenge was the first 12 miles,” said Waller, “because there were some gradual hills and little-to-no shade. It was only April, but the temperature climbed in the 90s the day we started out. We stopped and purchased some Gatorades because we were perspiring and needed that boost.”

Cyclists should plan to bring a day pack that also includes snacks, a phone, portable charger, sunscreen, and tire pump. Since Waller was stopping halfway to spend the night before continuing the next morning, she also brought along a change of clothes and a few basic toiletries.

All in all, Waller said finishing what ended up totaling 74 miles in two days instilled “a tremendous sense of accomplishment. … I would do it again, and maybe try riding it from Williamsburg or Jamestown to Richmond instead next time, just to do it differently.”