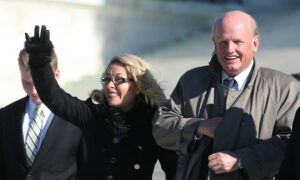 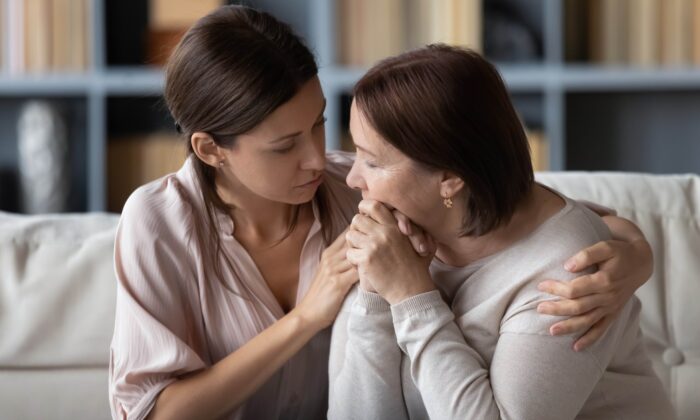 Empathy can spur us to actions that help our friends and community thrive. That makes promoting empathy a good strategy—in the home or the workplace.(fizkes/Shutterstock)
Mind & Body

Viscerally feeling the family’s hardship, Bazzy swung into action. She collected her relatives’ extra appliances and household goods and dropped them off that same day. But the impact of her house call lingered much longer. As Bazzy reflected on the widespread poverty in her city, she promised herself she’d work to spare other families the pain she’d witnessed.

We tend to think about empathy as an automatic response, like a parachute that deploys when we see someone in distress. But a new study suggests that while most of us have the capacity to feel other people’s pain, we are more inclined to exercise that capacity when we have the desire to do so, as Bazzy did.

That means focusing on this desire—our motivation to understand other people’s emotions and perspectives—could be an important way to awaken our own empathy and promote a more empathic society.

Empathy sometimes feels as instinctive and immediate as pulling your hand back from a hot stove. “When we see a stroke aimed and just ready to fall on the leg or arm of another person,” philosopher Adam Smith wrote in 1790, “we naturally shrink back our own leg or our own arm.” This can seem like a very primal phenomenon. After all, when a child starts crying, others as young as 1 or 2 may join in.

But while empathy can activate in hair-trigger fashion, this activation is by no means guaranteed. Your response to a hungry person crouched on the sidewalk, or to a struggling refugee family, depends on a number of factors. What is your own past history? What does the person in need look like? Who else is with you, and how are they reacting to what they see?

In attempting to help people grow their empathy, past empathy training programs have tended to gloss over such situational factors. Instead, they’ve focused on strengthening people’s emotional acumen by teaching skills such as “perspective taking”—training students to see things from someone else’s point of view—or how to pick up on others’ emotions. However, follow-up studies of these programs sometimes show that their impact fades over time.

“The idea that all empathy interventions need to bolster skills is an oversight,” says Harvard University psychologist Erika Weisz. “Most people already have those skills.”

But she’s noticed that people choose not to use them in certain situations. A Boston Red Sox fan might be capable of empathizing with a New York Yankees jersey-wearer, but in the midst of a three-run Red Sox streak, the Bostonian might not feel inclined to share in the New Yorker’s anguish.

In their new study, Weisz and her colleagues focused on instilling empathy by boosting people’s motivation to identify with others. The results were striking: When researchers fueled students’ desire to empathize, the students were more accurate at pinpointing what others were feeling two months later. Some of them also reported making more close friends.

Weisz and her team, including Stanford University psychologist Jamil Zaki, recruited college freshmen, who naturally have their antennae perked to the social nuances of their environment. “When students get to campus, they have this huge spike in openness to experience,” Weisz says. “We were in a good position to see how motivation works in the wild.”

The team tested three different ways to increase students’ motivation to empathize with others. In one study, participants read a letter that was allegedly from a freshman having a hard time adjusting to high school. They were then advised to write back and tell the freshman that they could work on building up their empathy—and that doing so would help them connect with their classmates.

This setup encouraged letter-writers to embrace the concept that empathy can be strengthened, Weisz explains. “When we ask a participant to endorse a statement to another person, they tend to endorse those beliefs themselves.” That, in turn, could boost their motivation to brush up on their empathy, because they believe their efforts will pay off.

In another study, the researchers gave students reading material that promoted empathy as a social norm, including testimonials from other students about the importance of empathy in their lives. Participants then wrote letters to high school freshmen that stressed how empathy was normal, promoted, and expected in their community. A third group of students, the “combined” group, took part in an activity that blended elements of the first two exercises, and a control group simply wrote letters addressing students’ academic challenges.

The results supported Weisz’s hunch that ratcheting up people’s motivation would strengthen their empathy. Participants in each study showed higher accuracy when asked to describe what people who spoke in a video were feeling, compared to the control group. These effects were “sticky,” as Weisz puts it, lasting for at least eight weeks after the studies ended.

Members of the combined group also reported making more close friends at college, possibly due to their empathic savvy—something Weisz says may set them up for success later in life. “Having that level of social integration is really important. It predicts all sorts of outcomes for well-being,” she says.

Getting motivated to feel someone’s pain doesn’t necessarily involve thinking to yourself, “My friends understand what this person is feeling, so I’ll try to do so,” or “I can strengthen my own empathy, so I definitely should.” Like other kinds of influence, motivation often operates on an unconscious level, shaping our priorities in profound ways over time.

Bazzy’s life trajectory illustrates how this can work. Her hometown of Dearborn, near Detroit, was rich with refugees from different countries who were always ready to help one another. “Neighbors sat on the front porch and they shared food. Children would go from house to house,” Bazzy told CNN’s Kathleen Toner. “And just the amount of care that people had for each other—this is where I learned to love my neighbor.”

Like the people in Weisz’s study, Bazzy absorbed social norms that put a high value on empathy, motivating her to do the same. Other research suggests that social influences, especially early ones, can seamlessly promote this kind of value structure. In a seminal study of Holocaust rescuers, those who saved people from the Nazis often had compassionate role models within their families, which helped awaken their desire to serve others.

When the time was right, that deep-rooted motivation inspired Bazzy to serve her community on a larger scale. Helping the struggling refugee family and their premature baby reminded Bazzy of just how many people were in similar straits, and in 2004, she formally established a nonprofit called Zaman International to serve families in poverty all over metro Detroit. To date, Zaman has delivered essentials such as furniture, food, and job training to more than 250,000 people.

How to Inspire Empathy

Having demonstrated that motivation can influence empathy, Weisz, Zaki, and their colleagues are thinking about how this finding could improve empathy training programs. One of the keys, Weisz says, will be for program designers to take participants’ unique needs and desires into account. An effective workplace empathy course will probably look quite different from one designed for college students; what works will depend on what drives people’s motivations in each case.

If young employees at a startup are anxious to please their bosses, those bosses could focus on sending the clear message—through actions as well as words—that they value empathy in the workers they oversee. If a group of doctors pride themselves on being the best at what they do, facilitators could point out that patients with empathic doctors have better health, which reflects well on the doctors. And because middle schoolers are so attuned to their friends’ choices, Weisz has experimented with showing seventh-graders videos of their peers talking about the benefits of empathy.

“This approach holds promise to complement skill-building and create a menu of empathy-enhancing options that are tailored to people’s needs,” says Zaki.

Weisz’s study results also lend insight into how we can motivate our own empathy in various contexts, from volunteering to rescuing someone in dire straits. When you surround yourself with others who consider empathy a cardinal virtue, that social norm will likely start to rub off on you, as it did on the students in Weisz’s trials. And when you believe you can hone your empathic savvy through effort—a “growth mindset” approach to empathy—you’ll be more inclined to do it.

“People are excited and invested to increase their empathy if they think they can,” Weisz says. “A lot of people think of empathy as a static trait. Targeting motivations imparts lasting changes.”

Elizabeth Svoboda is a writer in San Jose, Calif., and a regular contributor to Greater Good. She is the author of “What Makes a Hero?: The Surprising Science of Selflessness.” Her newest book, for kids, is “The Life Heroic.” This article was originally published on Greater Good online magazine.