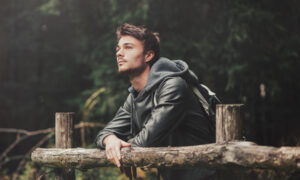 The Code of Men: The Neglected Virtue of Manliness
0 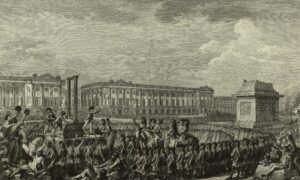 Ideology, Mobs, and Cancel Culture: Let the Resistance Begin With Us
0 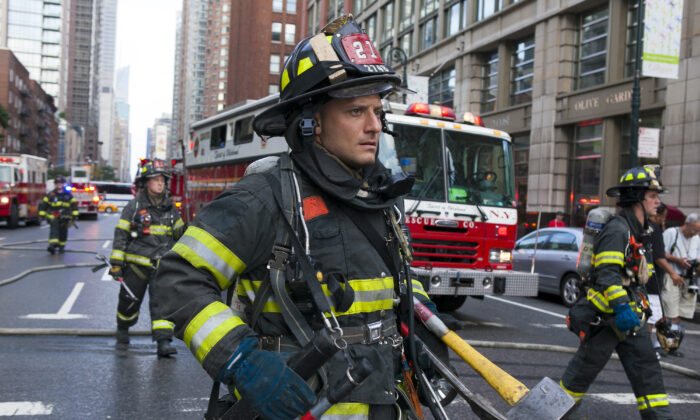 Many men are self-defined by their ability to hold a job and earn a living. (Samira Bouaou/Epoch Times)
Family & Home

For most men, no matter the task, work is an essential part of life, defining who they are and granting them the opportunity to undertake and complete a task to the best of their abilities.

Men farm the land and fish the seas, build houses and skyscrapers, craft fine furniture by hand and manufacture automobiles on assembly lines. They push brooms and drive heavy machinery. They are plumbers, electricians, and carpenters, soldiers and sailors, doctors and lawyers, teachers and bank managers, cab drivers and insurance salesmen.

In “The Book of Man,” William Bennett quotes a line from a speech delivered by President Theodore Roosevelt in 1903 at a Labor Day Parade: “Far and away the best prize that life has to offer is the chance to work hard at work worth doing.”

Bennett then adds: “His words still echo today. Work, if pursued correctly, can be one of the most rewarding and fulfilling activities a man can undertake.”

Work feeds the souls of men, I suspect, in a different way than it does women for one reason alone: Women possess a creative ability men lack. They can grow a baby in the womb, deliver an infant to the world, and feed that child with their bodies. Lacking that talent for creation, men have since time immemorial turned to work both to satisfy a desire to create and to nurture their families. Throughout human history, a man’s work and his earnings in kind or in money were his major material contributions to his kinfolk.

Though today we rank as equal the abilities of men and women to perform most jobs, men continue to look at labor through a different pair of spectacles than women. More men than women, for example, commit suicide because of job loss. Our culture often regards an unemployed male as a ne’er-do-well, a loser, and a pariah, and many men view themselves in the same light. Self-defined by their ability to hold a job and earn a living, they feel impotent when they fail on that front.

Taking Pride in Our Labor

Some men also feel diminished by what they do to earn their daily bread.

A couple of years ago, I met a former student and her boyfriend in a public park in Asheville, North Carolina. Anna had earned a college degree and a master’s in psychology, and I was pleased to learn she had found a full-time job with a local campus ministry.

When I asked her friend, mid-20s and a nice fellow, what sort of work he did, he looked at the ground and muttered, “I’m an electrician.” I replied, “Well, we need electricians,” but I wanted to grab him by the shoulders and say: “For heaven’s sakes, don’t be ashamed of that! We need guys like you!”

Like many men, in my younger years I took on jobs that some, given my education, would have regarded as beneath me. Among other things, I worked as an orderly in a hospital operating room, shelved books in a public library, washed dishes and served customers in three restaurants, painted apartments, and, for a pittance, taught adult basic education to men incarcerated in prison.

Never did I feel shame for what I was doing.

Because I needed the money.

And because the work was necessary. Someone had to do it.

All men, as the Declaration of Independence states, may be created equal, but they don’t come to manhood as equals.

James can keep accounts at the office like a wizard, but can’t hammer home a nail. Tim works on a highway repair crew and finds it unimaginable that some men sit at a desk all day.

But there is one great equalizer: a clock. Every man has the same 24 hours in a day as his fellows. How he manages that time, how much work he accomplishes, and how well he performs his tasks often mark the difference between success and failure, and just as importantly, between pride and self-degradation.

If we study the lives of historical figures such as Winston Churchill, Benjamin Franklin, and Theodore Roosevelt, we find men who knew how to squeeze the most out of every minute of the day. If we look, for example, at the daily schedule kept by Roosevelt on the campaign trail—the speeches, the writing, the reading, the press conferences—we are awed by this man’s drive, work ethic, and ambition. He was ruthless in pursuing various interests and tolerated no interruptions to his routine.

When we throw ourselves into our work, when we give our all, we earn not just a living, but also the right to look ourselves in the eye in the mirror every morning.

Of course, there is more to life than endless toil, and successful men understand the importance of a respite from work, of the restorative powers of leisure. If we look again at the three men mentioned above, we find that Roosevelt delighted in playing with his children, Churchill painted watercolors and built brick walls, and Ben Franklin took pleasure in parties and conversation.

During my childhood, my father was a small-town physician who worked long hours. He found his diversions in painting landscapes and old barns, laying rock walls, and gardening. These activities brought him a breathing space from the stress of caring for his patients.

Once, I was working with my dad clearing some brush from the side yard. I was hacking away a mile a minute at some scrubby trees when Dad looked over at me and gave me some advice for a lifetime: “Pace yourself.”

Leisure allows us to pace ourselves.

Many young men flounder in their 20s, changing jobs, uncertain of what work they desire, often lost in an adolescence they should have left behind.

What is often missing in them is ambition and even more, a sense of vocation, a calling as to what work best suits them and might bring them happiness.

In a short book I highly recommend, “The Curmudgeon’s Guide to Getting Ahead: Dos and Don’ts of Right Behavior, Tough Thinking, Clear Writing, and Living a Good Life,” Charles Murray offers some fine advice about work and vocation: “Instead of trying to choose among specific careers, think first about the things you especially enjoy.”

He then presents his readers with some different scenarios—“You enjoy being outdoors,” “You enjoy risk,” “You enjoy security and predictability”—designed to make them consider what profession might best fit their personalities and what sort of work they might most enjoy.

Instead of looking at certain jobs for possible careers, we should first look, Murray says, at what we most love doing.

An End, Not Just a Means

Let’s face it: One basic reason most men work is for the money to pay the mortgage or the rent, to put food on the table, to pay for medical care, and then and only then to provide small luxuries for those they love.

But many men also work because work seems natural to manhood. The janitor at the public library here in Front Royal is busy whenever I see him, roaming the building, cleaning up a mess of paper left behind by some patron, mopping the floors. I don’t need to ask if he takes pride in his work. He shows that pride every time I see him.

Here’s another example: More than 20 years ago, a rockslide in the Smoky Mountains halted traffic along Interstate 40 for months. A man I knew, a father of four and the coach of my daughter’s soccer team, was the manager of a Pilot truck stop near the slide. For months, his station was mostly closed except for food and gas sales to locals.

Once, we were speaking together at a church when Bill told me he’d taken a job sweeping floors and cleaning bathrooms at the local McDonald’s. When I expressed my surprise, he said: “Well, the money is helping a little. But mostly working makes me feel good about myself.”

Whatever our job, that’s the goal for men and their work.