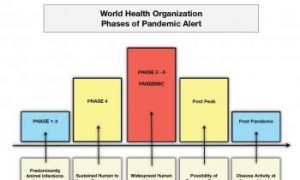 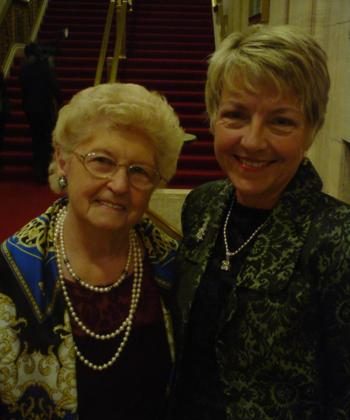 By Conan Milner
biggersmaller
Print
CHICAGO—"I was drawn in by the costume the young lady at the promotion booth was wearing,” remembers Betty Blank, who was attending the Divine Performing Arts’ Chinese New Year Spectacular at Chicago’s Civic Opera House on Saturday, December 27. “When I saw her I thought that this would be a good performance experience outside my usual box, because it’s from a different culture.”

Ms. Blank was attending the performance with her mother, Monique Sendell.

“I don’t think we’re exposed to Chinese ethnic dancing as much as … we are to [ethnic dancing] from other cultures,” Ms. Sendell said.

Both women said they enjoyed the performance, but certain parts really stood out for them. They noted in particular the segment titled, “Persecuted on a Sacred Path,” which describes the Chinese government’s brutal suppression of the traditional spiritual discipline, Falun Gong.

“I really felt that ‘Persecuted on a Sacred Path’ was really [the] best part of the first half of the program. It speaks of what’s really going on in China,” said Ms. Blank.

Sensitive to the repressive Chinese regime, Ms. Blank and Ms. Sendell we’re at first hesitant to come to the show. Although they were interested in learning about Chinese culture, they were concerned that they might be in fact supporting the Chinese Communist Party in doing so.

“We were not aware that the dance company came from the United States, we thought it was artists coming from China,” said Ms. Sendell. Both women were relieved to discover that Divine Performing Arts was based in New York and has no ties to Communist China.

“I also enjoyed the one about the flower,” Ms. Sendell added, referring the segment titled, “The Udumbara’s Bloom.” “You could really see that the dancers were forming a flower.”

Aside from the meaningful content the show offered, Ms. Blank and Ms. Sendell were also taken by the technical aspects of the performance.

“The video integration is done very well,” said Ms. Blank, referring to the colorful state-of-the-art backdrops that frame and give context to every segment of the performance. “It was a little strange at first, but it really works.”

“We felt that the voice of the soprano carried so well, she didn’t even need a microphone. She had a voice that was strong enough without it,” observed Ms. Sendell.

The women both looked forward to letting their friends and family know what one could expect for an evening with Divine Performing Arts.

“I would tell my friends that this is kind of like a ‘Chinese Nutcracker,’” quipped Blank, comparing the Spectacular to Tchaikovsky’s time honored holiday favorite. “It’s a varietal dance performance.”

“I thought the artistry of the dance was so pretty, and so moving,” added Ms. Sendell.

“And their athletic ability was just wonderful,” Ms. Blank continued