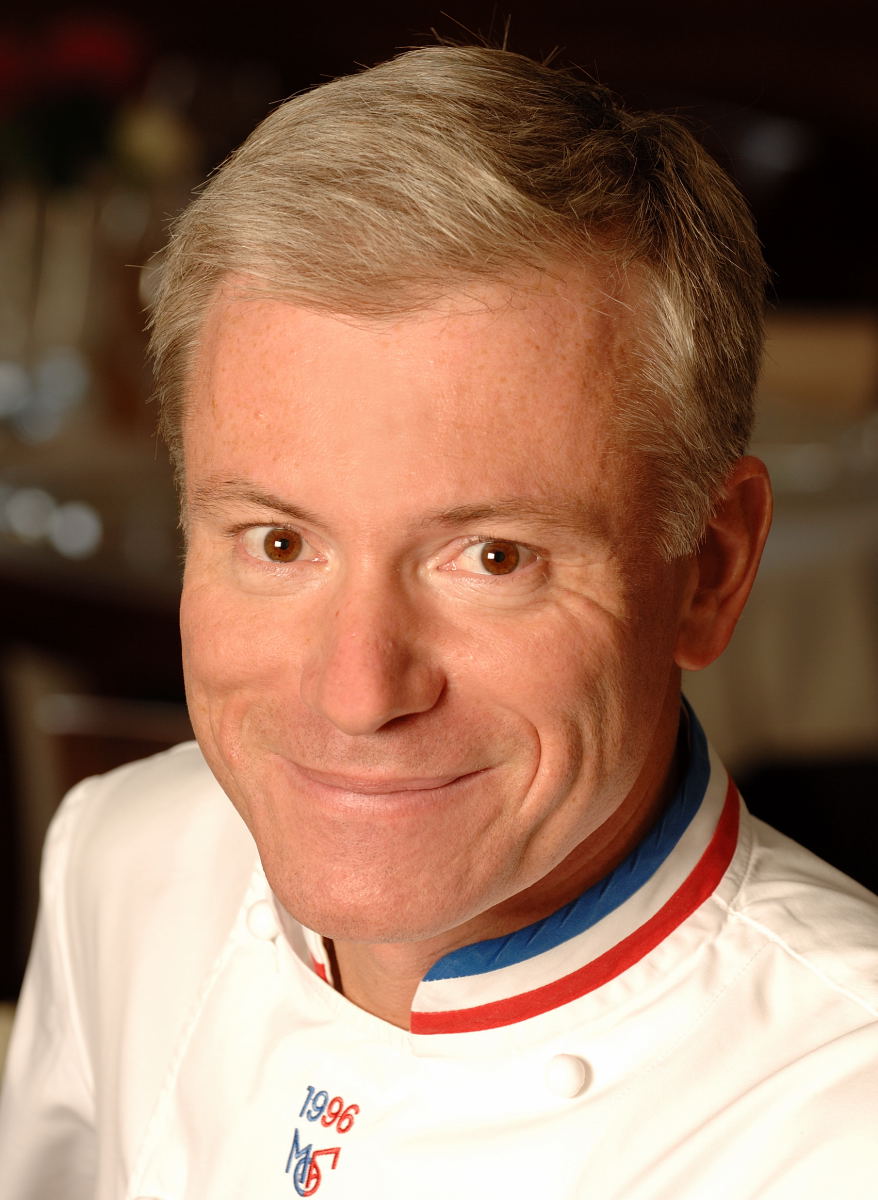 A Chat With Chef Christian Têtedoie

Chef Christian Têtedoie, one of Lyon’s top chefs, was in town for the Taste of France in Bryant Park last weekend. As president of the Maitres Cuisiniers de France association, he supports young chefs in their training and often travels to promote French cuisine across the world.

A native of Nantes, the Michelin-starred chef settled in Lyon in 1979, where he owns five restaurants.

His parents grew produce for a living, and he came from a large family of agricultural workers. “Twenty people at the table, it’s practically a restaurant already,” said Têtedoie who started helping his mother cook from a very young age.

Trained classically, chef Têtedoie found earlier in his career that he had to break through the rigidity of his culinary education to achieve the creative dishes he makes today.

For example, traditionally, French sauces are very structured through stocks and creams. He went after vegetables jus instead.

The combinations are surprising.

His marries scallops and a cep mushroom garnish, with a sauce of lemon, soy sauce, and spices.

He has one dish that’s been on the menu of his eponymous restaurant, Christian Têtedoie, for 28 years: lobster and calf head.

He hesitated before mentioning the dish. “Americans won’t understand,” he said, “yet it’s very good.”

Têtedoie was young and had just created his first restaurant. Thanks to a Canadian initiative promoting lobsters, he found himself the recipient of a massive amount of lobsters.

“I had 30 kilograms [about 66 pounds] of lobsters, and I had a tiny restaurant. I thought, what am I going to do?” At the same time, he had a very demanding client, who came to eat every day. “A guy who comes every day, you always have to surprise him. Finally, I didn’t know what to do anymore.” It proved to be a real education for him.

One day, he was preparing calf head—he sautéed it so it was crispy on the exterior, added lobster, and added some carrot jus which added some sweetness and married the flavors of the lobster and calf head.

Young people who come from other countries and taste the dish can’t get over how good it is, he said.

Although the dish has been on the menu for almost three decades, it has a different incarnation every season, every year.

“It proves that cooking, it’s a living thing. It’s infinite, you can create it, recreate incessantly. It’s magic.”

He actually makes a confit with the calf head, which takes five hours and produces a smooth texture. “Even those who don’t like calf head … it’s impossible,” he dismissed that idea. Foreigners who tasted it without knowing what they were eating couldn’t get over that they ate calf head.

Wherever he travels, Têtedoie said he is surrounded by journalists who tell him how passé French cuisine is.

He works on dispelling the perception of arrogance. Granted, some chefs have ego, but “most chefs I know are humble, and are concerned with pleasing people,” he said.