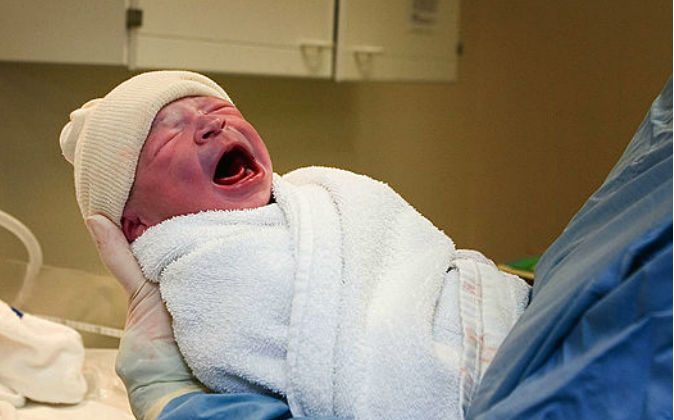 A Breath and Then the Shock of Life

After the birth of his first child, Christian Berthelot was stunned. What had just happened? “When I saw him for the first time, he was bloodied and covered in this white substance called vernix,” Berthelot said. “He was like a warrior who has just won his first battle. … What a joy to hear him scream.”

I wanted to show us as we are when we are born.

And thus began Berthelot’s fascination with birth, specifically birth by Caesarean section. He has spent the last two years photographing nearly 40 children as they enter the world and take their first breaths, noting their names, birth dates, weights, and the exact number of seconds they were alive. “I wanted to show us as we are when we are born,” he said. “Everyone is born naked, in tears, in blood.”

Click on the picture below for a selection of images from his essay, Cesar.

Working with obstetricians and parents who want to know what happens before newborns are wrapped in pink and blue blankets, Berthelot captures not only a baby’s first moments, but also the diligence of doctors. The children emerge from darkness, cradled by medical professionals, at once miraculous and terrifying.

This article was originally published on www.theatlantic.com. Read the original here.