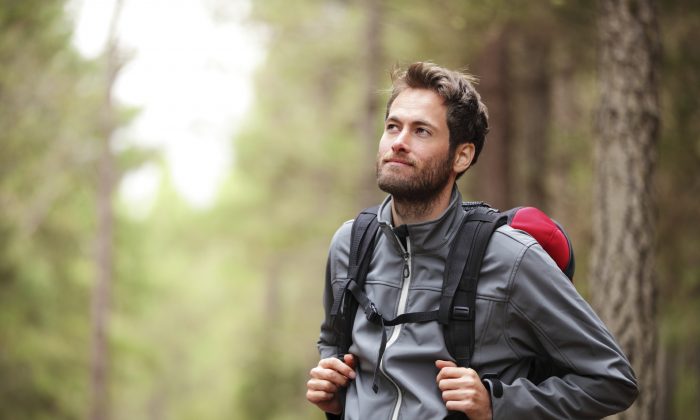 A new study finds quantifiable evidence that walking in nature could lead to a lower risk of depression.

Specifically, the study found that people who walked for 90 minutes in a natural area, compared to participants who walked in a high-traffic urban setting, showed decreased activity in a region of the brain associated with a key factor in depression.

“These results suggest that accessible natural areas may be vital for mental health in our rapidly urbanizing world,” said co-author Gretchen Daily, professor in environmental science and a senior fellow at the Stanford Woods Institute for the Environment.

A Walk in the Woods Boosts Immunity

“Our findings can help inform the growing movement worldwide to make cities more livable and to make nature more accessible to all who live in them.”

More than half of the world’s population lives in urban settings, and this is forecast to rise to 70 percent within a few decades. Urbanization and disconnection from nature have grown dramatically, as have mental disorders such as depression.

In Nature or by the Highway

As reported in the “Proceedings of the National Academy of Sciences,” two groups of participants walked for 90 minutes, one in a grassland area scattered with oak trees and shrubs, the other along a traffic-heavy four-lane roadway. Before and after, the researchers measured heart and respiration rates, performed brain scans, and had participants fill out questionnaires.

Negative emotions decreased among participants who walked in nature.

The researchers found little difference in physiological conditions, but marked changes in the brain. Neural activity in the subgenual prefrontal cortex, a brain region active during rumination—repetitive thought focused on negative emotions—decreased among participants who walked in nature versus those who walked in an urban environment.

“This finding is exciting because it demonstrates the impact of nature experience on an aspect of emotion regulation—something that may help explain how nature makes us feel better,” said lead author Gregory Bratman, a graduate student in Stanford’s Emmett Interdisciplinary Program in Environment and Resources, the Stanford Psychophysiology Lab, and the Center for Conservation Biology.

“These findings are important because they are consistent with, but do not yet prove, a causal link between increasing urbanization and increased rates of mental illness,” said co-author James Gross, a professor of psychology at Stanford.

It is essential for urban planners and other policymakers to understand the relationship between exposure to nature and mental health, the study’s authors wrote.

“We want to explore what elements of nature—how much of it and what types of experiences—offer the greatest benefits,” Daily said.

In a previous study, also led by Bratman, time in nature was found to have a positive effect on mood and aspects of cognitive function, including working memory, as well as a dampening effect on anxiety.

The studies are part of a growing body of research exploring the connection between nature and human well-being.

The Natural Capital Project, led by Daily, focuses on quantifying the value of natural resources to the public and predicting benefits from investments in nature. It is a joint venture of the Stanford Woods Institute for the Environment, The Nature Conservancy, the World Wildlife Fund, and the University of Minnesota’s Institute on the Environment.